Here is what that jeweler had to say:

“Any bank was saying, ‘You can withdraw 7 million liras’. We said, ‘It’s beautiful’. The answer given now is, ‘Where will you use the money’? ‘If you buy gold, you are indirectly interfering with the foreign currency because you buy ounces. They say, ‘We cannot give you this money. What are we gonna do? ‘If you buy chicken or animal, furniture, bring the invoice, we’ll pay you for it.’ So this job is a problem” 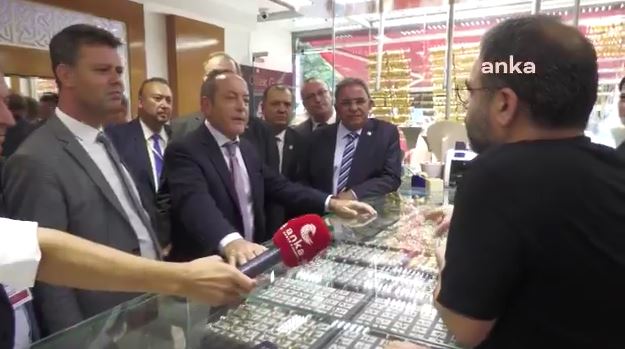 The jeweler was talking about the tradesmen and the delegation was listening. It’s about sales. Stating that he has been making jewelery for 30 years, the shopkeeper showed the jewelry he had and said, “This is not gold. In the past, when I brought this out to the customer, they would say, ‘Are you selling non-gold products at the jewelry store’. Gold is 5 thousand liras, this is 100 liras. Citizens wear it. He wears this only because Gazi Mustafa Kemal Atatürk is in the quarter inside him.”