Academician Erdem Aksakal, data on Twitter views as of December 15 compiled. Aksakal said, “The biggest finding I’ve come to is: By all measures, the actual percentage of views of Erdogan’s tweets is far less than any other account with a few million followers.” made its assessment.

Aksakal’s Twitter account, “When I started to see the number of views on the tweet, the question came to my mind, what are the tweet viewing rates of politicians. I examined the tweets of Erdoğan-Kılıçdaroğlu-Akşener-Bahçeli-Demirtaş and İmamoğlu after December 15, when the number of views were transparent. During this time, Erdoğan 37 İmamoğlu 28, Demirtaş 23, Akşener 19, Kılıçdaroğlu 15, Bahçeli 10 He tweeted. I ignored tweets from others that were RTed by leaders. Among them, only Demirtaş flooded. It may be necessary to make one more click to see the intermediate tweets, except for the first and last tweets of the 7-flood. That’s why I took it into account even though the view count of the tweets in the flood was significantly lower.” he shared.

“The follower numbers are as follows:

Then I looked at the average number of views. I bought them all in the last 45 minutes, so there have been minor changes. Here are the average views of their tweets:

On average, 1 out of 20 followers saw Erdogan’s tweets. 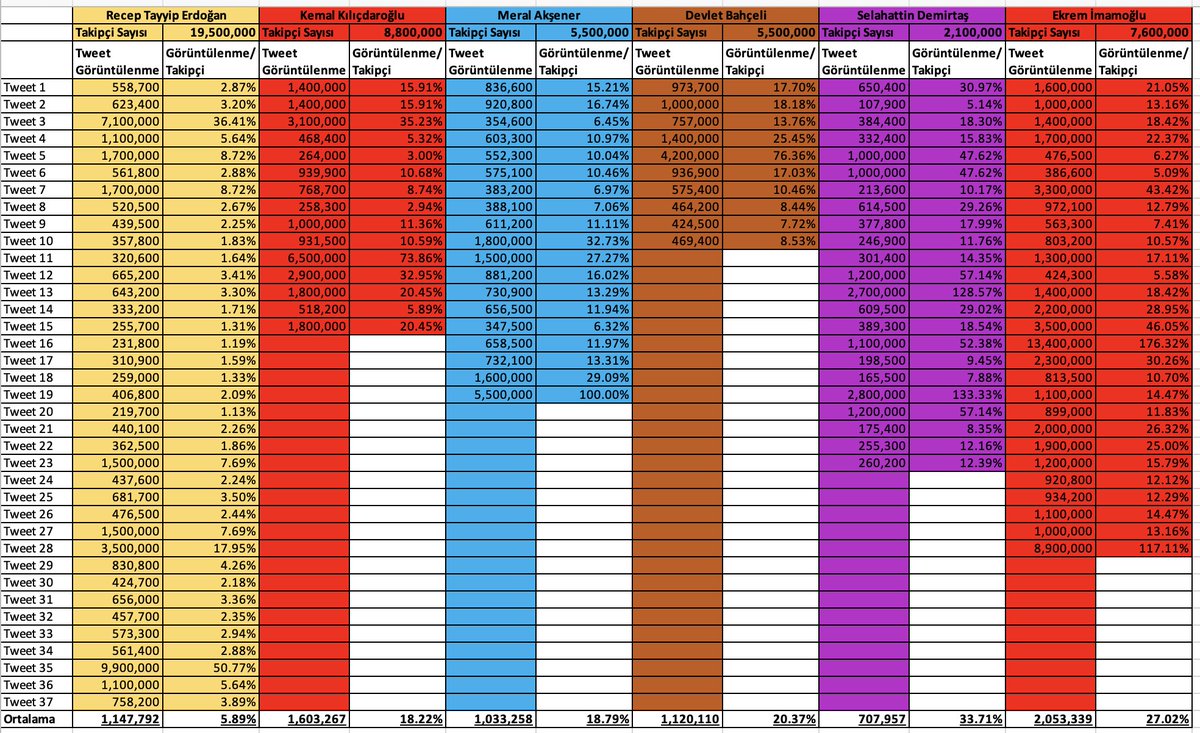 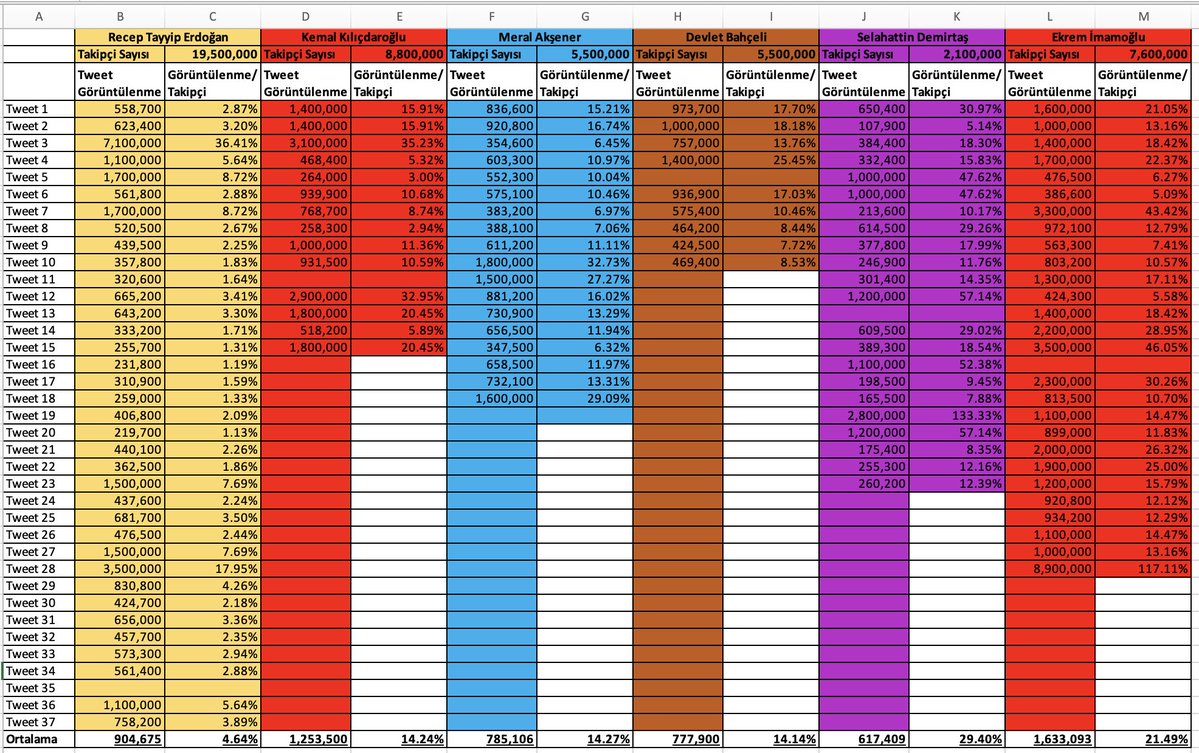 It was important to make this measurement today, because social media agencies, bots and troll armies, which were only uploaded to RT and FAV until yesterday, will now rely on views. The authenticity of the view counts will quickly deteriorate.

The biggest finding I’ve come across was this:

By all metrics, the actual percentage of views of Erdogan’s tweets is far less than any other account with several million followers.

It’s up to you how you deduce from here.”