The epidemic situation in China worries the world. The Beijing administration abandoned its zero-case policy, which it had strictly implemented for 3 years, in the last December, and the cases exploded. Although less than 40 people seem to have died since December 7, when the change took effect, satellite images, social media posts and witness statements paint a completely different picture.

Images provided by the US satellite imaging company Maxar Technologies from six different cities in China to the Washington Post revealed the density in front of funeral homes. A funeral home in the Tongzhou district outside the capital Beijing has opened a new parking lot to handle traffic. According to the state-run Beijing Youth Daily, 40 bodies were cremated daily in this crematorium, but now the number has risen to 150. In Chengdu in the southwest, crematoriums cope with the crowd, giving families only 2 minutes to say goodbye to loved ones.

ALL OVENS ARE BURNING

In Chongqing, 350 km to the east, the Jiangnan Funeral Home receptionist said, “I’ve been working for six years, it’s never been this busy. The phone is not silent,” he said. All the morgues at the facility are full, and all eight incinerators are operating 24 hours a day, 7 days a week. The queue in front of Baoxing, one of the major funeral homes in Shanghai, was also reflected in the satellite images. “I’ve never seen lines this long outside of Baoxing,” said Lucia Liu of George Mason University, who studies the funeral industry. The waiting period for the incineration service reaches 5 days.

WHY DID THIS HAPPEN

ShanghaiThe New York Times, which entered the hospitals in , revealed that, contrary to the alleged, hospitalizations were much higher. Especially in hospitals overflowing with the elderly, infected people are trying to be treated in every empty place such as the reception or waiting room. Hospital staff say they have to work overtime in the absence of many healthcare workers who have tested positive for COVID. It is estimated that up to 70 percent of the city of 26 million people is infected. There are no places in both hospitals and funeral homes. Especially the elderly with low supplemental dose vaccination rate are at risk. Vaccines, on the other hand, cannot be adequately protected because Chinese-made vaccines with weak efficacy against new variants are used.

Beijing counts only respiratory failure deaths as COVID, even if they test positive. According to this, 5200 people have died since the beginning of the epidemic. However, the figure does not reflect reality.

FIRST FLIGHT FROM TURKEY TO CHINA

The first flight from Istanbul to China, which lifted the quarantine condition imposed on arrivals from abroad since March 2020, on 8 January, was made yesterday. Chinese airline China Southern Airlines flew from Istanbul to Guangzhou with 240 passengers, mostly connecting from the UK. Speaking at Istanbul Airport, where a small ceremony was held for the first scheduled flight after the pandemic, China Southern Airlines Turkey General Manager Wen Demei said that direct flights to other cities in China will begin in a short time.

‘NOT A THREAT TO EUROPE’

Hans Kluge, director of the World Health Organization’s (WHO) European office, ChineseHe said the COVID-19 outbreak in Turkey did not pose an “immediate threat” to the European region, but more information was needed. “We cannot remain indifferent,” Kluge added.Many countries have imposed a COVID-19 test requirement on Chinese passengers. Australia and Canada require passengers from China to take the COVID-19 test before boarding. 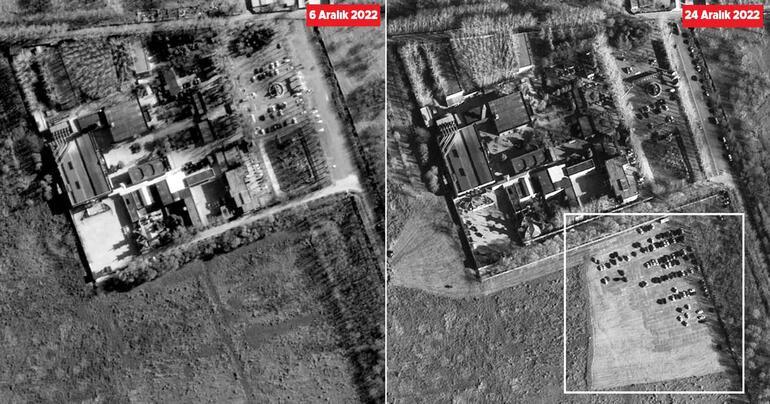 BeijingIt is seen that an additional parking lot has been opened to the crematorium due to the density in Tongzhou, the outskirts of .