Last minute news! The Russian Ministry of Defense announced that 63 Russian soldiers were killed near Makeyevka as a result of missile attacks by the Ukrainian army.

Stating that the Ukrainian army attacked one of the temporary positions of the Russian Armed Forces near the Makiyivka settlement in the Donetsk region, Konashenkov stated that 2 of the 6 missiles fired from the US-made HIMARS multiple rocket launcher system were hit by the Russian air defense systems.

Konashenkov said, “As a result of the explosion of 4 highly destructive rocket heads, 63 Russian soldiers died in a part of the temporary deployment point.”

Noting that Russian military units continue their operations in Ukraine, Konashenkov said that as a result of the attacks of the Russian air force with high-precision weapons, more than 70 foreign mercenary fighters working for the Ukrainian army died in Markovo and Kramatorsk in the Donetsk region, and in the Novoosinovo settlement in the Kharkiv region, more than 100. He said more were injured.

In the statement made by the Office of Strategic Communications of the Ukrainian Armed Forces, it was claimed that approximately 400 Russian soldiers died as a result of the attack on a center used as a barracks in the city of Makeyevka, controlled by the Russian army, in the Donetsk region of Ukraine.

However, the figure announced by Ukraine has not yet been confirmed by independent sources.

Daniil Bezsonov, the senior official appointed by Russia in the occupied areas of Donetsk, said in a statement on his Telegram account, “There was a big attack on the vocational school with American MLRS HIMARS rockets.”

On the other hand, the Russian administration announced that it launched at least 25 missile attacks on Makiyivka on New Year’s Eve. A few hours after the attack in Makiyivka, Russia’s attacks on Kiev began.

Stating that the Russian Armed Forces hit the defense industry facilities in Ukraine with air-launched long-range high-precision missiles on December 31, Konashenkov noted that these facilities are involved in the production of UAVs used to carry out “terrorist attacks” against Russia.

Stating that the warehouses and launch areas of the UAVs were hit along with the facilities, Konashenkov said, “The attacks have reached their goal. The plans of the Kyiv regime to organize terrorist attacks against the Russian Federation in the near future have been disrupted.” 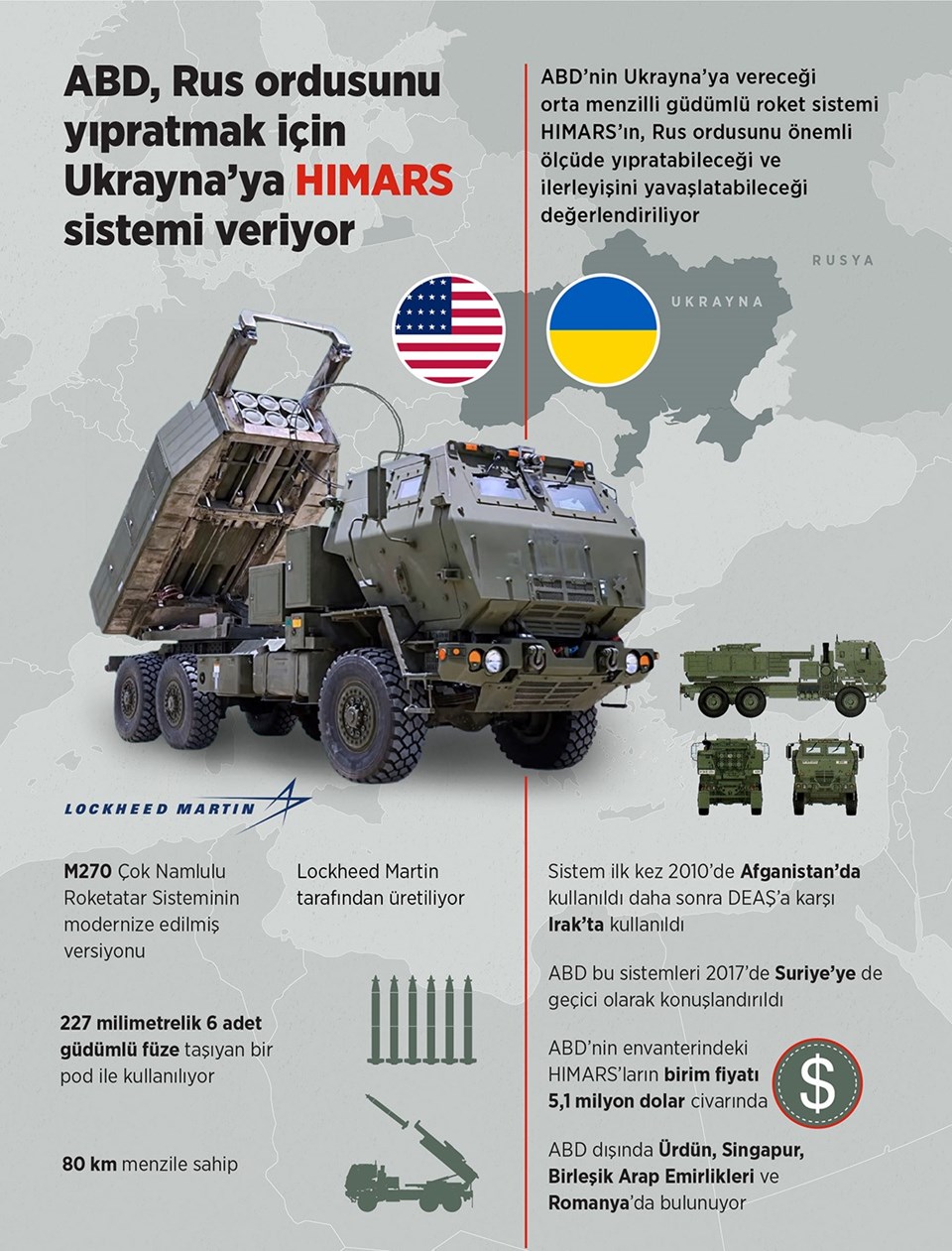 HIMARS rocket systems, one of the most critical parts of the indirect fire power of the American Land Forces, are produced by Lockheed Martin as a modernized version of the M270 Multi-Barrel Rocket Launcher System, which was installed on tracked military vehicles developed in the 1970s.

While the range of howitzer cannons is 38 kilometers, the HIMARS systems provided by the USA to Ukraine provide defense capability to the soldiers at the front in a wider area with a range of 80 kilometers.

HIMARS systems have a pod carrying 6 guided missiles of 227 millimeters, but these systems are also equipped with a pod carrying Land Forces Tactical Missile Systems (ATTACMS) ammunition, which the USA did not give to Ukraine and whose range exceeds 300 kilometers.

It is stated that another feature of the rocket system in question is its precision guidance, and after firing at its target, it can move away from the point where it fired within minutes with its high-performance vehicle.

The HIMARS rocket system, which can be carried by C-130 aircraft, was first deployed to the 3rd Artillery Battalion of the 27th Artillery Regiment of the 18th Airborne Division in 2005.

This system was first used in Afghanistan in 2010 and then in Iraq against the terrorist organization Daesh. During the Raqqa operation, the United States temporarily deployed these systems to Syria for the first time in 2017.

The unit price of HIMARS in the US inventory is around $5.1 million and outside the US Jordan, Singapore, United Arab Emirates and in Romania.

By Biden’s decision, it is the second country in Europe to have the HIMARS system. Romaniaafter Ukraine it happened.