While the war in Ukraine continues at full speed, there are developments in the Pacific that disturb the world. Taiwan, which opened fire on Chinese UAVs for the first time yesterday, made a statement that brought the tension to the top.

But there is also the possibility of war thousands of kilometers from Ukraine.

Chinese with Taiwan The tension between them cannot be reduced. A flash statement came from Taiwan, which continues its preparations against the Chinese invasion.

Taiwan has declared that it will respond if Chinese warships and warplanes violate the border.

Taiwanese President Tsai Ing-wen watches soldiers’ exercise during a visit to a naval station in Penghu on August 30, 2022. (Photo: AP)

According to the news in the British Daily Mail newspaper, defense officials said that if China makes a move towards the island, Taiwan will use its right to defend itself.

Taiwanese forces recently announced that they opened fire on an aircraft that violated the border.

In the statement made by the Taiwanese army, it was stated that warning fire was opened against Chinese Unmanned Aerial Vehicles (UAVs) flying over the outpost just outside the Chinese coastline.

Taiwan and China separated during the civil war in 1949. However, China still maintains its claim on the island.

In the statement made today, it was stated that UAVs are not military vehicles. The statement did not include any other details of the UAVs.

It was underlined that the UAVs returned to the Chinese city of Xiamen after the warning fire.

Taiwan had previously only fired a flare as a warning.

‘1.1 BILLION DOLLARS OF HELP WILL COME FROM THE USA’

On the other hand, US President Joe Biden’s administration allegedly asked Congress to approve $1.1 billion worth of arms sales to Taiwan, including 60 anti-ship missiles and 100 air-to-air missiles, as tensions with China escalated. 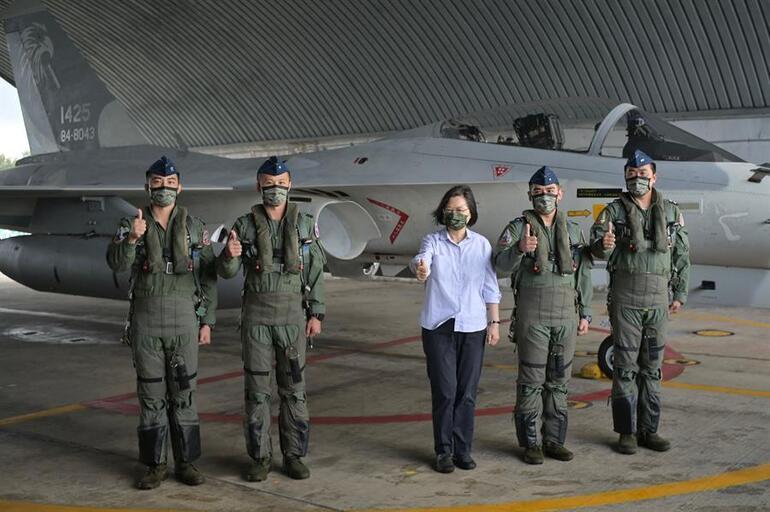 According to the American Politico website, the package, which is still in preparation, is the contract for 60 AGM-84L Harpoon Block II missiles worth $355 million, 100 AIM-9X Block II Sidewinder tactical air-to-air missiles worth $85.6 million and a surveillance radar contract for 655.4 million dollars. Dollar contains.

China has conducted its largest war exercises around the democratically administered island since US House Speaker Nancy Pelosi’s visit to Taiwan this month.

Beijing, which does not exclude the use of force to take Taiwan under its control, also reacts sharply to the US military aid to this island.