The countdown has begun for the new team of Cristiano Ronaldo, who parted ways with Manchester United, one of the English Premier League teams, in an eventful way. The Spanish press took the claim that it had announced last week one step further and claimed that it was signed with Al Nassry.

According to the news of Marca at that time; The 37-year-old star football player reached an agreement with Saudi Arabian team Al Nassr for 200 million Euros per year. It was noted that the Portuguese football player, who signed a 2.5-year contract with Al Nassr, would earn a total of 500 million Euros.

AL NASSR PRESIDENT: WHO IS RONALDO?

After the Portuguese player, Al Nassr’s allegations came from the Saudi Arabian Club front. When asked if Musalli Al Muammar, President of Al Nassr, is about to sign with Cristiano Ronaldo, he laughed and said, “Who is Ronaldo? I don’t know him” was remarkable.

After the humorous response, Al Muammar spoke about Cristiano Ronaldo; “Ronaldo, World Cup was busy with I don’t think he bargained with anyone. I wish him the best in whatever decision he makes.”

Cristiano Ronaldo, on the other hand, was asked the Al Nassr question after the Switzerland match they won 6-1 in the 2022 World Cup; ‘No, it’s not true.’ he had replied.

Al-Nassr – Fabrizio Romano announcement of the latest development in the Cristiano Ronaldo dating. According to the news; Al Nassr insisted on the transfer of Cristiano Ronaldo and confirmed his stance. The club’s offer until June 2025 is still valid and has no plans to give up.

Cristiano Ronaldo will decide his future in the coming days after waiting for European clubs. However, it is said that no official offer has been received from the European clubs to the Portuguese football player yet.

On the other hand, in the last few hours, a photo allegedly taken at the airport that Cristiano Ronaldo went to Saudi Arabia to hold transfer talks with Al Nassr went viral on social media.

However, the photograph in question belongs to the Juventus era, and from another angle of the shot, it is seen that Ronaldo and those around him have the Juventus logo on their clothes. 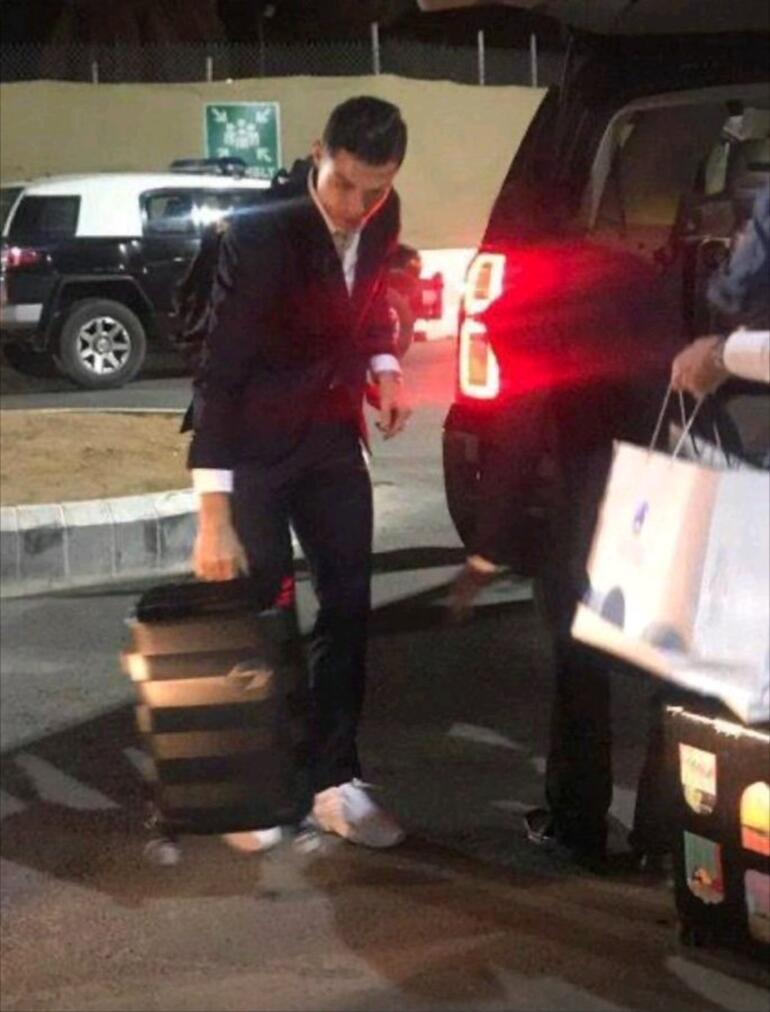 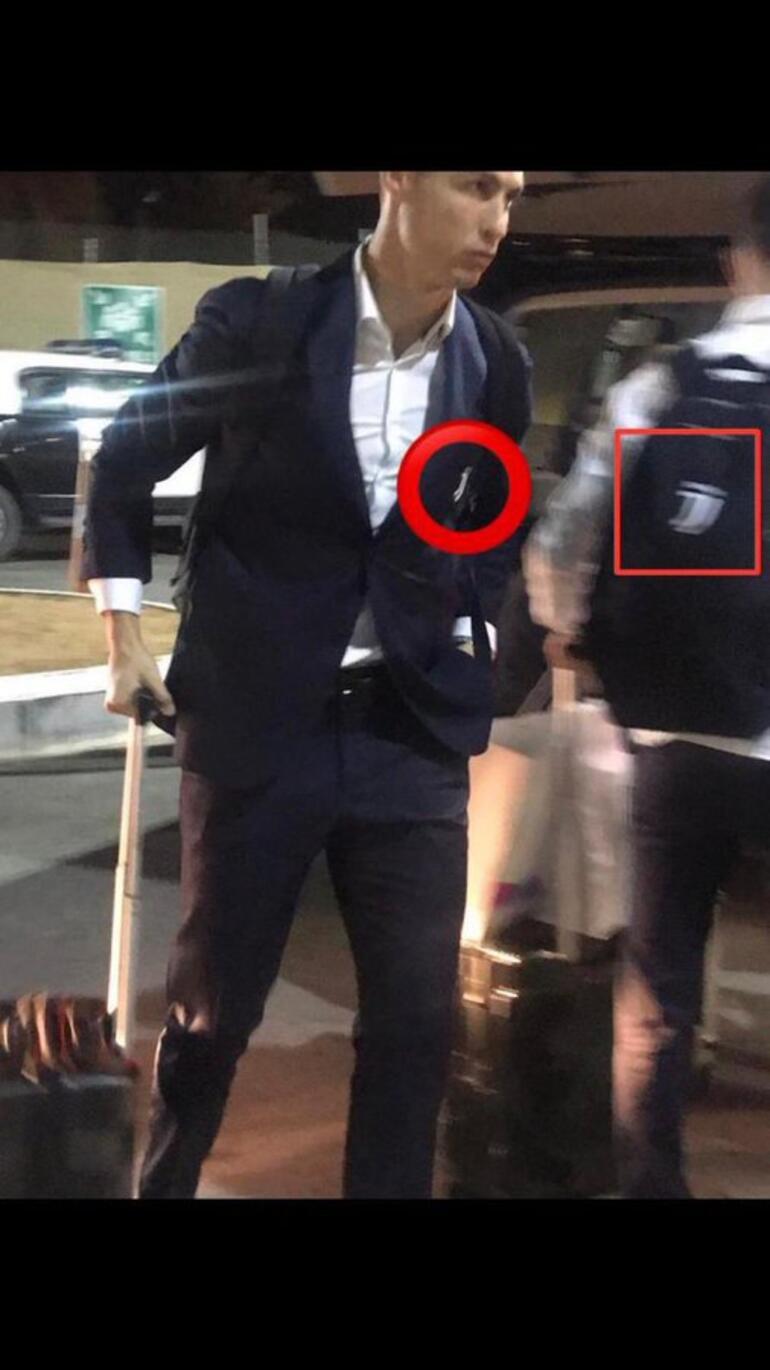 IT WILL BE THE MOST EXPENSIVE SIGNATURE IN HISTORY

If the transfer in question becomes official, Cristiano Ronaldo will have signed the biggest contract in football history and will be the owner of the club contract, which includes the highest salary among athletes who continue their active career.

WHEN WILL THE TRANSFER BE ANNOUNCED?

The transfer of Cristiano Ronaldo to Al Nassr is expected to be officially announced on January 1, 2023.

Cristiano Ronaldo, Al NassrHe will be teammates with Anderson Talisca, Vincent Aboubakar and Luiz Gustavo, who are familiar names from the Super League.

The big clubs of Europe closed their doors to Cristiano Ronaldo, who was in transfer negotiations to leave Manchester United in the summer and go to a team playing in the Champions League, and the Portuguese star had rejected the $242 million offer of Al Hilal, another Saudi Arabian team.

SURPRISE WHEN REAL IS BACK TO MADRID

Karim Benzema, who was injured in the last training of France, left the training halfway and the French Football Federation announced that the experienced striker would not be able to play in the World Cup due to his injury.

The possibility of Karim Benzema’s return to the field, who suffered from a thigh injury, upset the plans of the Real Madrid front. In addition to the World Cup, the possibility of filling the place of the French striker, who will take a break from his club career for a while, was on the agenda.

The fact that Karim Benzema will not be able to play for a while after the World Cup has strengthened the claims of Cristiano Ronaldo – Real Madrid dating. Sport from the Spanish press claimed that the Portuguese football player took an offer to the capital team. 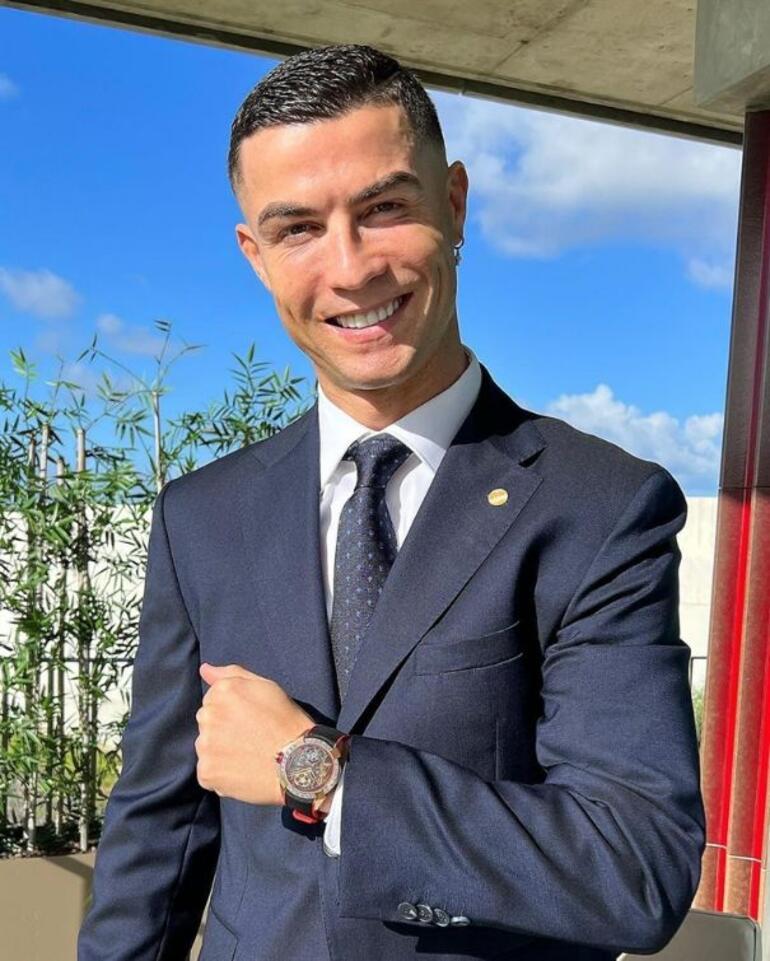 DETAIL ON HIS WATCH AGAINST rumours

Cristiano Ronaldo, whose future is a matter of curiosity and who is making plans to win the World Cup with the Portugal National Team, soon became the agenda with a share he made on his Instagram account with 501 million followers.

After the sponsorship agreement, the Portuguese football player, who shared the photo taken with the watch of a famous company, with his followers, caused the Real Madrid claims to flare up. At the time Ronaldo wore in his last post, it was noteworthy that the head goal he scored against Manchester United with Real Madrid was processed.

After Cristiano Ronaldo parted ways with Manchester United, Real Madrid’s sharing of the Santiago Bernabeu also strengthened the transfer claims. The aforementioned share of Real Madrid, which shared the renovated stadium with the “home emoji”, was interpreted as the “Ronaldo is returning home message”.

ALLEGED HE TAKES THE OFFER

According to the news; Cristiano Ronaldo, who gave up his Manchester United career, knocked on Real Madrid’s door with a six-month contract offer. It was stated that the manager Jorge Mendes could reach an agreement with the Spanish team on a six-month lease offer.

It was wondered how Real Madrid President Florentino Perez, who started to look for a striker after Karim Benzema’s injury, would respond to Cristiano Ronaldo’s offer. The Spanish press underlined that the experienced president did not look forward to working with any player for the second time due to his style, and drew attention to the possibility of the transfer not happening. 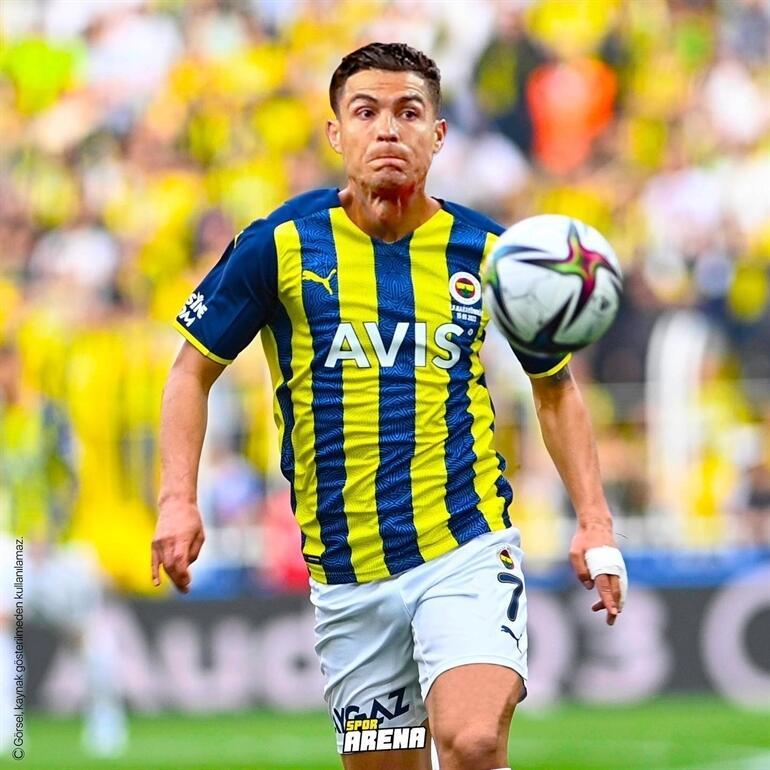 FenerbahceWhile the search for a new pre-season striker continued in , it was claimed that the yellow-dark blue people aspire to Cristiano Ronaldo on social media. The fact that President Ali Koç went to London for the transfer, that the Portuguese star was on the eve of separation with Manchester United at that time, and even that he was declared “persona non grata” by his teammates, strengthened these claims.

As such, this claim soon became the most discussed topic of the day. So much so that more than 154 thousand tweets were posted about Cristiano Ronaldo and Fenerbahçe in a short time.

The yellow-dark blue club flatly denied these allegations. Fenerbahce sources told Hürriyet, “There is no such thing. We have absolutely nothing to do with Ronaldo. These are rumors and scenarios that were deliberately made to make people say, ‘Ali Koç failed in the transfer again,’.” he said. 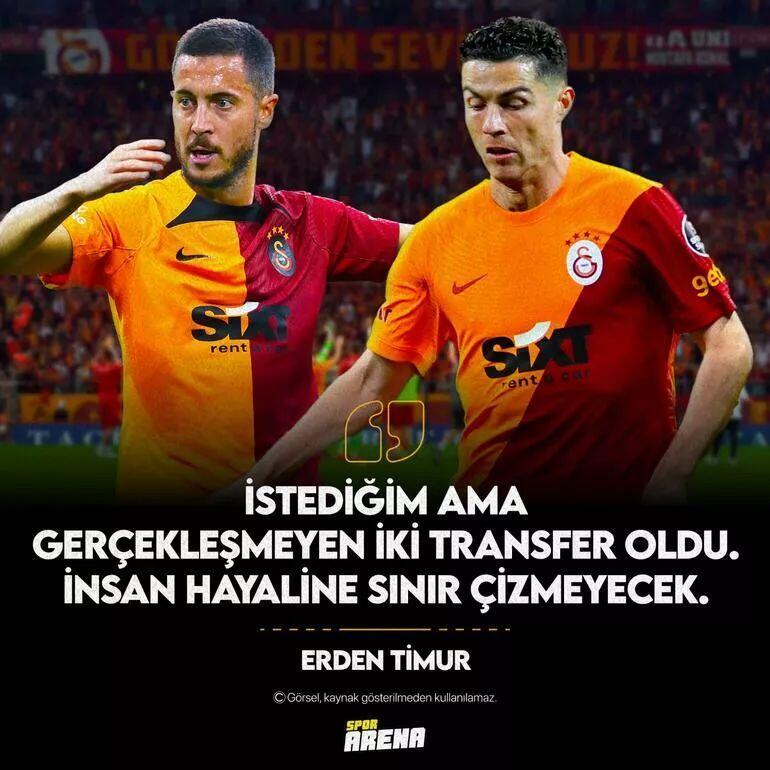 NAME IS ALSO MENTIONED WITH GALATASARAY

Galatasaray Sportive Inc. Erden Timur, the Deputy Chairman, recently participated in the program on GS TV; “We asked about the situation of the players that could not be imagined. Two things that I wanted but did not come true. transfer it happened. It would be wrong of me to name it. People will not limit their imagination. We will continue that process.”

The two names pointed out by Erden Timur, who played a leading role in the transfer of stars such as Dries Mertens, Mauro Icardi, Torreira and Juan Mata, were Manchester United’s Cristiano Ronaldo and Real Madrid’s Eden Hazard.

HÜRRİYET ANNOUNCED THE MEETING ON AUGUST 6

of Galatasaray RonaldoHürriyet announced to its readers on 6 August that it had met with the manager of . The Portuguese football player thanked him by saying, “I will not play in a team that is not in the Champions League.” Hazard, who was offered a loan, also stated that he did not want to leave Real Madrid.