The woman, who learned that she was allergic to gravity, had to spend 23 hours a day in bed, and she reduced her daily fainting attacks from 10 to 3 with medication.

A 28-year-old woman living in the Maine region of the USA came to the fore with an unusual disease.

The astonishing ‘gravity allergy’ began to show symptoms in 2015 in Lyndsi Johnson, a 28-year-old young woman who served as a technician in the US Navy.

The disease, which first started with complaints of abdominal and back pain, expanded over time to symptoms such as frequent hoarding and fainting at least 10 times a day.

The condition of the young woman, who was discharged from military service in May 2018, got worse after 6 months.

“I was screaming in pain”

your condition, “It was so bad I was screaming in pain.” The woman was trying to spend almost 23 hours a day in bed.

johnson, “I can’t stand for more than three minutes without fainting or getting sick. I feel much better if I lie down. I’m in bed all day, about 23 hours a day. I never thought I’d have to use a shower chair when I was 28. I can’t leave my house anymore. There is no cure for my illness. I am very grateful for other things.

It was really scary. Then my fainting got worse. I loved it everywhere. Even when I was shopping at the supermarket or at the gym, I had to sit up suddenly. I even fainted when my dog ​​barked.” used the phrases. 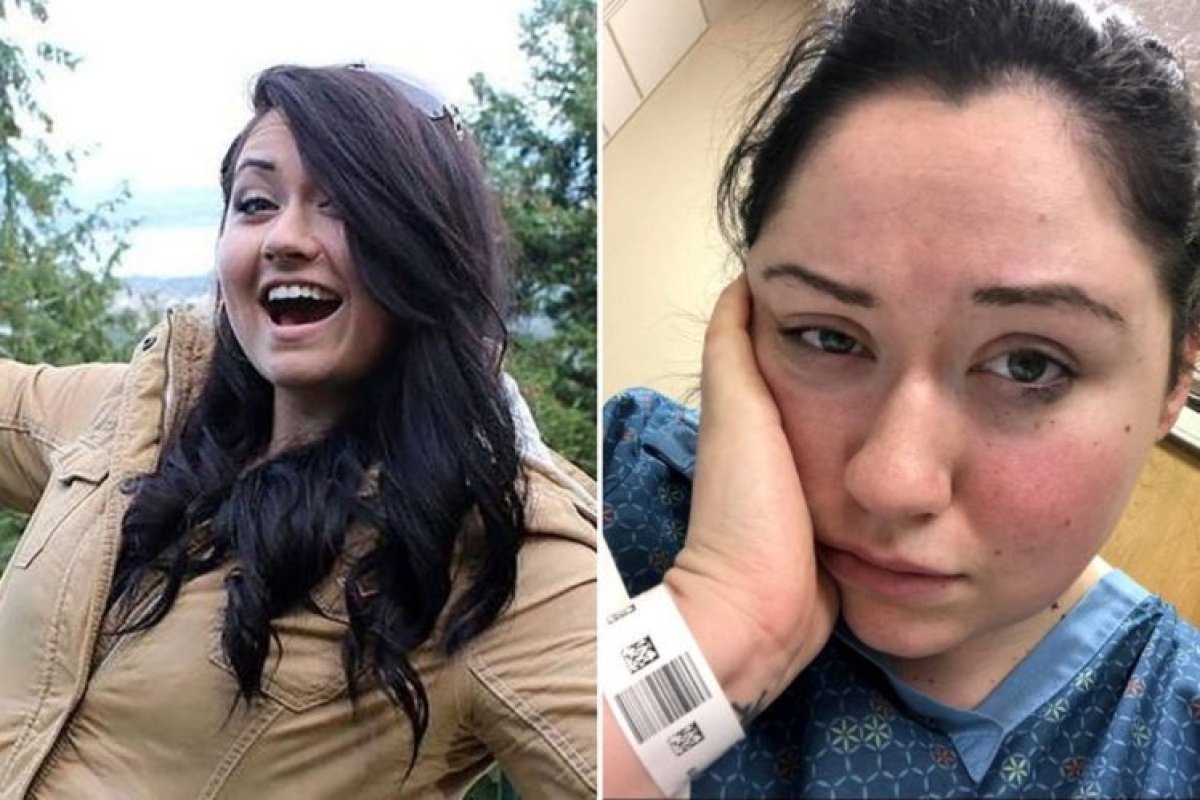 The woman, who saw a doctor in many different areas due to her ailments, but could not find what the disease was, was diagnosed with ‘Postural Tachycardia Syndrome’ in February 2022.

Defined as an abnormal heart rate that occurs after sitting or standing up, Johnson refers to the disease as an ‘allergy to gravity’.

It mostly affects women between the ages of 13-50.

It is stated that the disease, which generally affects women between the ages of 13-50, is seen in 1-3 million people in the USA alone.

The disease, which is experienced after conditions such as severe infection, pregnancy or head trauma, also manifests itself in people with a recent history of mononucleosis.

With drug treatment, the number of fainting decreased to 3

Although Johnson, who started medication, reduced the number of faintings to an average of 3 per day, he still needs the support of his 30-year-old wife, James, to continue with his life.

Lastly, Johnson “I still can’t do anything. It feels really weak. I can’t do chores. So James has to cook and clean and help me shower and wash myself. I haven’t brushed my teeth for weeks, which makes me feel really bad. When I cook, the next three days I can’t do anything the whole time.” used the phrases.