Ukraine’s First Lady Olena Zelenska learned of the helicopter crash that killed at least 15 people at the 53rd World Economic Forum in Davos. Zelenska, who received the sad news minutes before her speech, could not control her tears.

A helicopter crashed near a kindergarten, including children, in the capital of Ukraine, Kiev, killing at least 15 people, including the Minister of Internal Affairs of Ukraine, Denys Monastyrsky.

While it was learned that Ukrainian National Police Chief Ihor Klymenko, State Secretary of the Ministry of Internal Affairs Yurii Lubkovych and at least 3 children were among the dead in the accident, Chief of Police Ihor Klymenko announced that 29 people, 15 of whom were children, were hospitalized.

News While creating a shock effect in Ukraine, Ukrainian President Volodymyr Zelenskiy described the accident, which he said “created indescribable pain”, as a “terrible tragedy”.

Ukraine’s First Lady Olena Zelenska learned of the tragic accident that shook her country minutes before she spoke at the Davos summit.

DAVOS Olena Zelenska, the wife of Ukrainian leader Zelenski, who went to Davos, Switzerland for the 53rd World Economic Forum (WEF), also known as the Summit, could not hold back her tears when she was shaken by the news she received before her speech that she would go on stage and tell the latest situation in Ukraine.

The moments of Firs Lady, who had difficulty in getting herself together before giving a speech, were viewed minute by minute by international agencies. 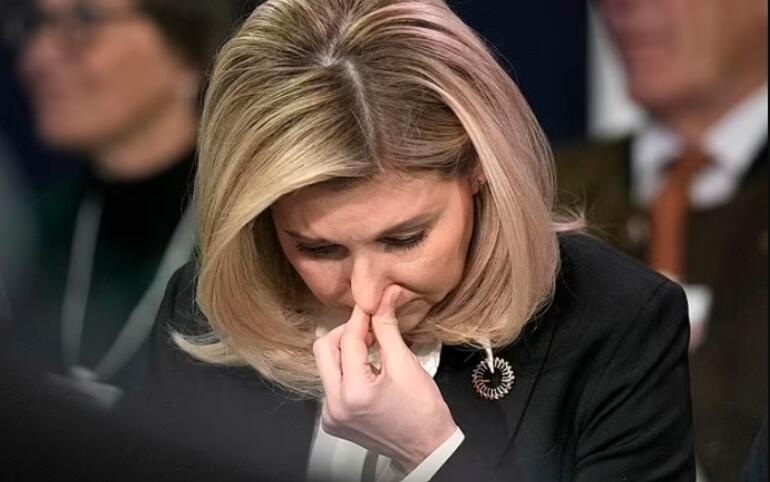 Forum Chairman Borge Brende, after announcing the accident in which the Minister of Internal Affairs of Ukraine lost his life, asked the participants to attend a 15-second moment of silence.

“TODAY IS ANOTHER SAD DAY”

After Brende Olena Zelenska, “This is another sad day, we have new losses” he said and continued as follows;

“I’m sure you understand my feelings. Maybe a little out of place for political and economic dialogue, but I’m sure the war changed our dialogue just as it changed the whole world.”

On the other hand, the Ministry of Internal Affairs of Ukraine stated that the cause of the accident was being investigated by the inspectors and said, “We will soon learn whether it is sabotage, equipment failure or a violation of flight safety.”