The murderer of the unidentified male body found in the forest area in Sancaktepe, Istanbul, was caught.

Crime scene investigators figured out who the victim was from the fingerprint.

And when this clue began to be pulled, the event became clear.

The statements of the people the victim met in Istanbul, the social media accounts he used, and his communications and movements before he was killed were determined through the License Plate Recognition System and the Face Recognition System.

After a search was made at four suspicious addresses, it was understood that the ex-girlfriend of the victim was the murderer and he dumped the body in the woods with the help of his father.

As you can see, the security forces in Turkey can find the criminals in their hiding place and catch them in a short time, using all kinds of clues in such events.

In this respect, we can say that they have been extremely successful. As a matter of fact, in this incident, the Istanbul Gendarmerie teams have a success to be congratulated.

I told this interesting case study that happened last week because the murderer of Sinan Ateş, the former President of the Ülkü Ocakları still not captured.

murder suspect Eray Özyağcı’s criminal record is known to be.

His description, photo, fingerprints are in the police records.

Riding the motorcycle after the assassination It was left by Vedat Balkaya to Ankara’s Gölbaşı district. known.

MHP Deputy Olcay Guidedetained in a house also used by Former Ülkü Ocakları Headquarters manager Tolgahan Demirbaş, who was released without being questioned because his “file is empty” There are also allegations that he was taken out of Ankara by Ankara.

How can the Police Forces, who easily determine the identity and murderer of an unidentified corpse by using technological facilities such as Face Recognition System and License Plate Recognition System, cannot find the whereabouts of this murderer?

Is it possible that they still do not know how the murderer got out of Ankara, who helped in this work, and where he went from there?

Or the security forces Chairman of the MHP thinks like:

“I will not oppress a single idealist; We will not make a breach in the wall, even if it ends in death.”

It is more likely that they think so.

Because today, Turkey is one of the countries where the system called security camera is used most widely.

Let me add that the 41 cities that preceded Istanbul were either Chinese or Indian, and their populations were much larger than Istanbul.

In terms of face recognition and license plate recognition systems integrated into this system, there is no country in the Western world that can shed water.

According to the previous statements of the Minister of Interior, this system “Dynamic Control Model” We know it’s named.

We learned how this system works effectively, from the fact that the police can write an administrative fine even to an ordinary citizen who does not wear a mask while walking in Sapanca during the pandemic bans.

you remember, Interior Minister Süleyman Soyluin a statement on September 16, 2020, praised this system and said that will also be attached to the Presidency. had explained.

“Security and Emergency Situations Coordination Center Presidency” Saying that a center was also established under the name of “We are putting forward an extraordinary mechanism by which you connect all of Turkey’s locations, cameras, public order and traffic and that we can actually transfer from there to the relevant unit in the Presidency” he said.

It has such a technologically advanced system The inability of the General Directorate of Security and the Gendarmerie General Command to track down the perpetrator of a political murder, to find out which hole he went into, must be “thought-provoking” to put it mildly.

I am writing “thinkingly” because in my country, horse tracks are mixed with dog tracks.

If this were not so, we would express our sole doubt: Is the police not catching the shooter because they do not want to catch him?

Halkbank, He answered the criticism about the sale of 147 independent units of the Sapphire building, which he took over in return for a loan debt, to its former owner three years later.

Halkbank is interested in how this event looks from its point of view. A statement to the KAP made. This text was also published on T24.

The bank says in a nutshell: “We did not buy or sell this building in foreign currency. We took over the TL debt and sold it “quite” above the current value in TL: “The current sales amount is well above the acquisition value of the real estates.”

It “increasingly” I’m stuck with the concept too.

During my years as a manager in this profession, at a board meeting “We have made quite a profit this year” If I had made a statement, all the members, especially the boss, addicted and independent, would have laughed at my face.

Because “quite” doesn’t mean a lot.

As far as we know, 147 independent units (flats, workplaces or shops) in the building were transferred in 2019 in response to Kiler Group’s 583 million lira loan debt to Halkbank.

I’m sorry but a savvy trader wouldn’t call it a profit.

It is shameful for huge bankers to make such a profit statement after the 3 years of inflation and the increase in exchange rates.

If we had bought dollars and put them in a safe at that time, Our 102 million dollars would be.

Without running this money, interest etc. If we had kept it in the safe without putting it in, we would still have $102 million today.

Today, when we sell the building and convert the TL we bought into dollars, we have 48 million dollars it can happen.

And Halkbank’s statement ends as follows:

“Making unfair news and comments that may damage our bank’s trust and reputation is also in violation of the provisions of the article titled ‘Protection of Reputation’ of the Banking Law, and we declare that we reserve all our legal and penal rights regarding statements that do not reflect the truth.”

I can’t explain how scared I was!

But you haven’t heard from me Who will be responsible for the “trust and reputation of the bank” Let’s sort by We should put the bank managers first and us journalists last! 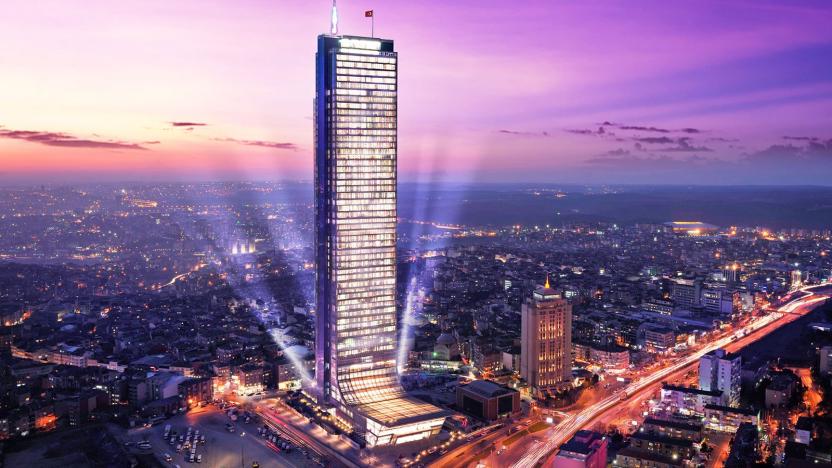 Halk Bank acquired Sapphire AVM for $100 million in 2015,
Sold it back to Kiler Holding for $48 million