“The Bells of Nagasaki” by Takashi Nagai, who witnessed the atomic bombing of Nagasaki on August 9, 1945, was translated into Turkish for the first time by Ithaki Publications. In his book, which can be considered both a biography of a terrible destruction and an autobiography of a traumatic life, Nagai tells first-hand the moment the city was bombed and the events that followed.

Whatever reason you want to read the book, which is an excellent literary work as well as a terrifying testimony, what you read will be your nightmare.

Cimoto-san was mowing on Mount Kawabira, about three kilometers north of Nagasaki’s Urakami district. At 11.01 am he hears a strange hum. Sickle in hand, he raises his head. He sees a silver plane emerge from the cloud, eight thousand meters high, and leaves something black on Urakami.

The silver colored aircraft is a B 29-35-MO Superfortress model heavy bomber with serial number 44-27297 and named ‘Bockscar’ belonging to the 393rd squadron. It took off from Tinian Island at 03:47 am. The black thing left on the Urakami area of ​​the city is the Plutonium-239 type atomic bomb, which was named ‘Fat Man’. It is one and a half times more destructive than the ‘Little Boy’ atomic bomb dropped on Hiroshima three days ago.

Forty-seven seconds after Cimoto-san sees the black thing, there is a tremendous flash of light, and then a cloud of fireball, white on the outside and inside, spreads quickly and silently, crushing everything imaginable below into dust like a cylinder. The shock wave of that cloud also hurled Cimoto-san into the air despite the distance, throwing him against a stone wall about five meters away. Cimoto-san cannot understand neither the fireball nor the sudden disappearance of trees and grasses in Kawabira around him. In the Oyama area, some seven or eight kilometers from the port of Nagasaki, Kato-san feels her clothes blow up and become very weak in a matter of seconds when she notices that the fireball cloud, white on the outside and inside, has taken on a mushroom-like shape. The eyes of the cow next to her, on the other hand, widened with horror, and stood still. But Takasi-san and his cow won’t be as lucky, as he and his cow will catch fire when the light shines on the road to Odorise, about two kilometers from Urakami.

Takashi Nagai was a radiologist. He was in his room on the second floor of the outpatient clinic classifying X-ray films to students when Plutonium-239 was dropped on Nagasaki on the morning of August 9, 1945. He is blown away by a blinding light that flashes before him, and he falls under the ruins. As the warm blood dripping from the right side of his head trickles down his neck, he is horrified that being buried alive is a disappointing and weak form of death. When he can get out from under the rubble, he realizes that the districts of Sakamoto, Iwakava, and Hamaguchi, which he sees every day under his window, have disappeared. The fire at 4982 degrees scorched people, animals, trees, flowers, grasses and structures, leaving Nagasaki naked. Takashi Nagai will only learn a few days later that their house was destroyed and his wife died.

After the explosion of plutonium-239, a large-core black rain begins, just like in Hiroshima. The drops left marks where they fell, similar to crude oil stains. The survivors had trouble breathing, as the oxygen in the air was depleted by the explosion and the carbon dioxide emissions were excessive. In fact, the statement of survivors is not quite true, anyone who escaped from the heat of 4982 degrees that turned everything to ashes and the energy equivalent to the wind pressure moving at two thousand meters per second, for various reasons, all fell ill with radiation sickness within three hours. Most of them die after a week. Some of them die within two weeks due to severe bleeding. Within four weeks, mass deaths begin due to the decrease in white blood cells. Most children die. Takashi Nagai reports that as a radiologist, the younger the person exposed to radiation, the higher the probability of death.

Nearly all who survived Nagasaki suffered from bone marrow denaturation, necrosis by lymph node changes, and diseases of the reproductive system. Takashi Nagai also knew that he was sick and would not live long. Therefore, he quit radiology and started writing. On May 1, 1951, at around 9:50 p.m., at the age of 43, he died of leukemia. At autopsy, it is determined that his spleen, which should be 94 grams in a healthy person, swells to reach 3.410 grams, and his liver, which should be 1.400 grams, increases to 5.035 grams. 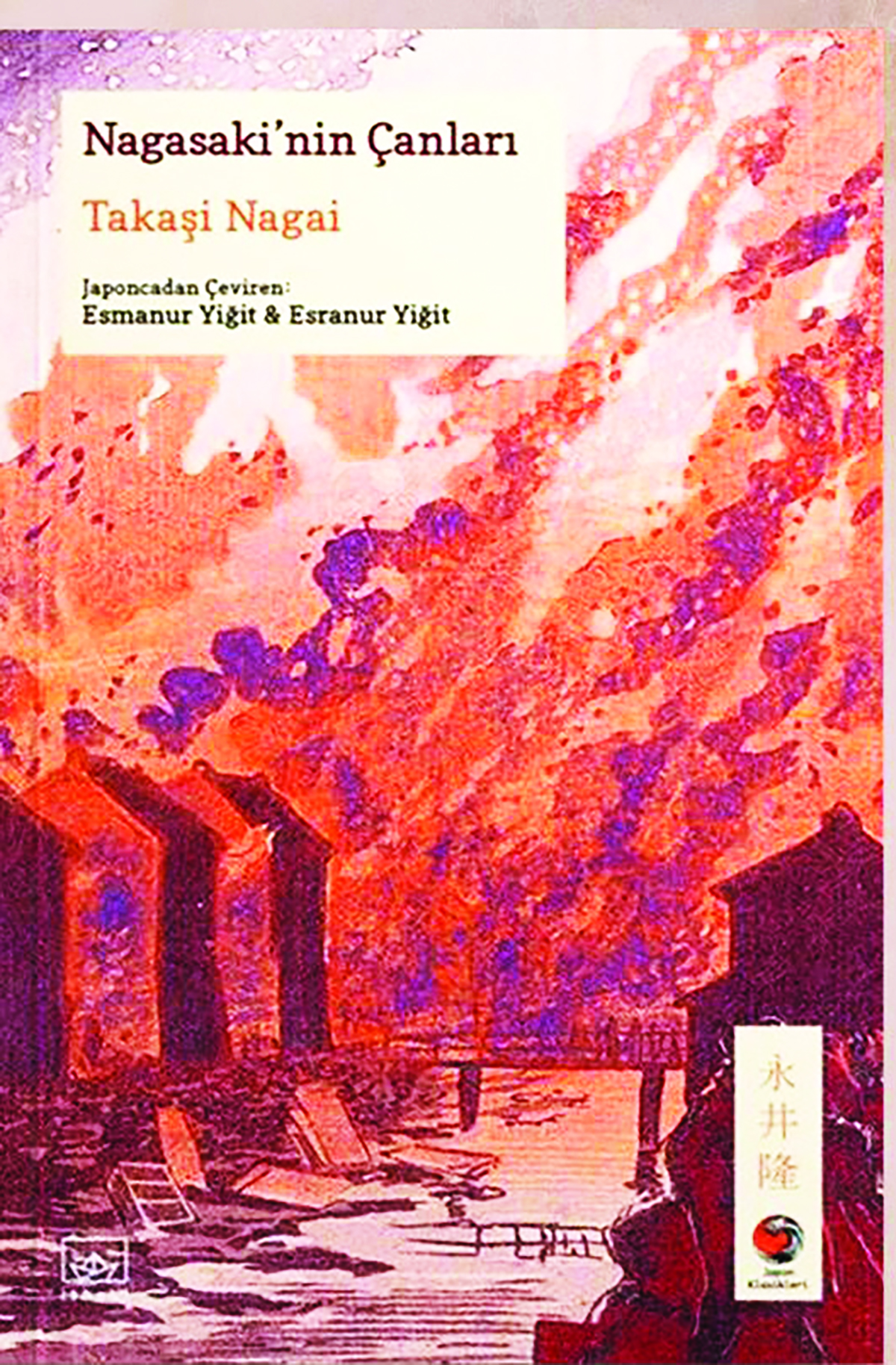 Takashi Nagai’s ‘The Bells of Nagasaki’ was published in August as the fourteenth book in the ‘Japanese Classics’ series of Ithaki Publishing. It is undeniable that it is an excellent literary work as well as the minutes of a terrifying testimony. For whatever reason you want to read it, ‘The Bells of Nagasaki’ will be your nightmare. I started reading the book in the hospital room one morning and finished it at home that night. For two nights, my sleep was interrupted by the pain, I was used to the pain due to the medication I was taking, but the night I finished ‘The Bells of Nagasaki’ I realized that the pain I felt was not a physical pain, but a soul pain. I am sure you will feel the same pain when you finish reading “The Bells of Nagasaki” translated from Japanese into our language by Esmanur Yiğit and Esranur Yiğit.

WAS THERE ANYONE BETWEEN ANYONE WITH CONSCIENCE?

When plutonium-239 exploded, it killed about 39,000 people immediately. Although it was one and a half times more devastating than what was thrown in Hiroshima, the low death toll was attributed to the city’s establishment in a mountainous area and the fact that the districts were located in the valleys. But by the end of that year, the death toll from radiation sickness will rise to 75,000, and within a few years to nearly 500k. B 29-35-MO Superfortress, which dropped the bomb on Nagasaki, has been on display at the National Museum of the US Air Force since September 26, 1961. The crew of the plane, on the other hand, lived as ‘national heroes’ after 9 August 1945. Have any of them ever had a guilty conscience? I do not know. While it is certain that Japan was defeated, why the atomic bomb was dropped on Hiroshima and Nagasaki has confused many. I suggest those who are curious to read Charles L. Mee, Jr’s research titled ‘Loot’, which was published in the Golden Books in 1975. But what really pissed me off were the results of a survey of one hundred and fifty scientists in America. Because, while fifteen percent of the scientists supported the dropping of the bomb, only two percent of the people opposed the use of the atomic bomb.