In his speech at the German Foreign Relations Council, Lambrecht gave remarkable messages while describing the outlines of Germany’s first National Security Strategy, which is under preparation.

Defending that the doubts caused by the Nazi era should be overcome, Lambrecht said that Germany is a strong democracy today and the German Armed Forces Bundeswehr should be seen as a central actor providing security.

Describing Russia’s attack on Ukraine as an important turning point (Zeitwende), Lambrecht said that Germany had to re-evaluate security issues, that the German army would be strengthened to defend the country and its allies, and that this process also gave a glimpse into the political culture, army and military issues. stressed the need for change.

THE ROLE OF THE ‘CENTRAL AUTHORITY’ IN THE GERMAN ARMY

The important messages given by Lambrecht in his speech on the new roadmap for Germany’s security policies are as follows:

Lambrecht from the Social Democratic Party said that Germany should make an urgent change of course and the German army should be made stronger and more active in this process so that future generations can live in a free environment, in peace and security.

Lambrecht said, “The most important thing is that we, Germany, must change… Let me say this clearly: If we do not make this change, we will not be able to live in security in the future.”

Noting that the importance and weight of the German Arms Forces will increase, Lambrecht underlined that the Bundeswehr should be accepted as a “central security authority” that protects the existence of the country.

THE ATTENTION TO OVERCOME DOUBT BY THE NAZI PAST

In his speech, the German Defense Minister said that due to the country’s Nazi past, the army and military issues are still viewed with suspicion, and argued that this needs to change.

Lambrecht said, “It is not surprising that we Germans have made it a virtue to look at the military with suspicion after the crimes we committed during the National Socialism period, after the German armies’ war of destruction in Europe,” said Lambrecht, adding that in the intervening period, Germany and the Bundeswehr He pointed to a major transformation.

“The Bundeswehr today is an army that has nothing in common with that period,” Lambrecht said. Germany is a country with peaceful aims and strongly committed to democracy. The armed forces are part of society. They are sworn to the liberal democratic constitutional order. This is also very important and must be underlined every time: In our armed forces, conscientious commitment is valid, not unconditional obedience.”

Noting that Germany is now another country with its 73 years of democracy and 67 years of democratic armed forces and that it has re-established its self-confidence, the Minister of Defense said that today it is more important than ever to have a strong army and deterrence.

OBJECTIVE FOR CHANGE IN POLITICAL CULTURE

In his speech, Lambrecht emphasized that Russia’s attack on Ukraine constituted a major geopolitical turning point (Zeitenwende), and argued that important lessons should be learned from the events.

“We need strong, combat-ready armed forces to defend ourselves and our alliance in times of danger. In 2022, this is no longer just a theoretical game of ideas, but a reality.”

While Lambrecht said that many new weapons will be purchased and new units will be created to strengthen the German army against new threats, he pointed out that the new period will contain various difficulties.

“The real Zeitenwende will take place in the minds and we all know that the biggest challenge is to change the minds,” said Lambrecht, and underlined that they are aware of the painful process of bringing about change in political culture.

GOAL TO BE THE ‘LEADING MILITARY POWER’ FOR GERMANY

Explaining that the Bundeswehr not only plays a role in guaranteeing the security of Germany, but also contributes to the security of NATO allies, Lambrecht reminded that Germany was the country that benefited most from the security architecture established during the Cold War, “And now we have the most military We need to be a contributing country,” he said. 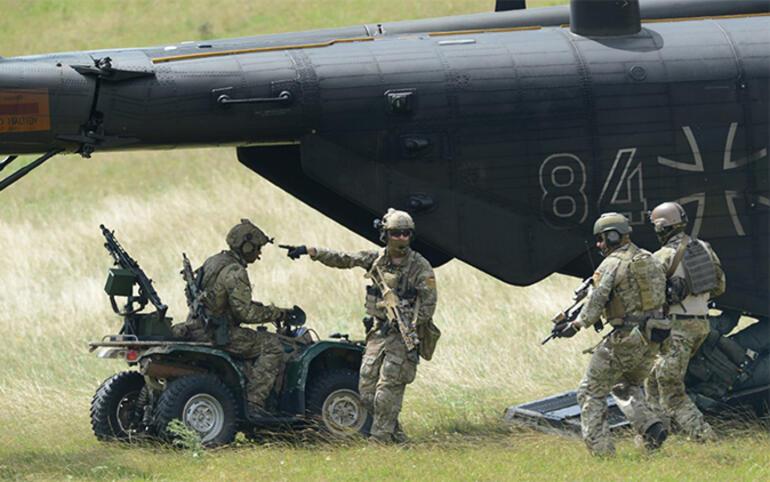 “Germany’s size, geographical location, economic power, in short, its weight imposes a leadership role on us. Whether we want it or not… This is also true militarily,” said Lambrecht, adding that German democracy is stable, its institutions are strong, and its political culture is peaceful, not militaristic. underlined.

“There is no reason for Germany to be afraid to play this role, Germany can achieve it,” the Defense Minister said.

NATO WILL CONTINUE TO FORM THE MAIN SKELETON

Minister Lambrecht said that NATO will continue to be the cornerstone of Germany’s security, and that they aim to strengthen the alliance by taking on a greater role as Europeans.

THE LOAD OF THE USA WILL BE LIGHTED

The German minister also emphasized the goal of strengthening the EU’s defense competence, said that historical steps have been taken in this area, and said that more European investments in defense would alleviate the burden on the United States.

Pointing out that the US has recently turned its attention to the Indo-Pacific region, Lambrecht made the following assessment:

“The US probably won’t be able to guarantee the security of Europe to the same extent in the future. It is very clear what this means. We Europeans, especially we Germans, must take more steps to demonstrate military strength in a way that other powers would not even think of attacking us.”

DEVELOPMENTS IN THE USA CAUSE FOR CONCERN

In his speech on national security strategy, Lambrecht described the United States as Germany’s most important ally and reminded him of the turmoil in the Trump era.

Underlining that they are closely following the developments in the domestic politics of the USA, Lambrecht said:

“We are watching the political and social polarization in the USA. US domestic politics is of great importance for our security. The presidency of Donald Trump has once again revealed our dependence on the security guarantees of the USA, and raised questions about this dependency… We are aware that the USA, which is the protective power of Europe, cannot be replaced. But we also know that as Europeans we have to develop our strength and competence.”

NUCLEAR DETERMINATION WILL BE STRENGTHENED

Another pillar of Germany’s new security strategy is nuclear deterrence.

German Defense Minister Lambrecht said that there is no alternative to the nuclear deterrent of the United States in the near future, adding that “For us Europeans, this deterrence must be preserved.” 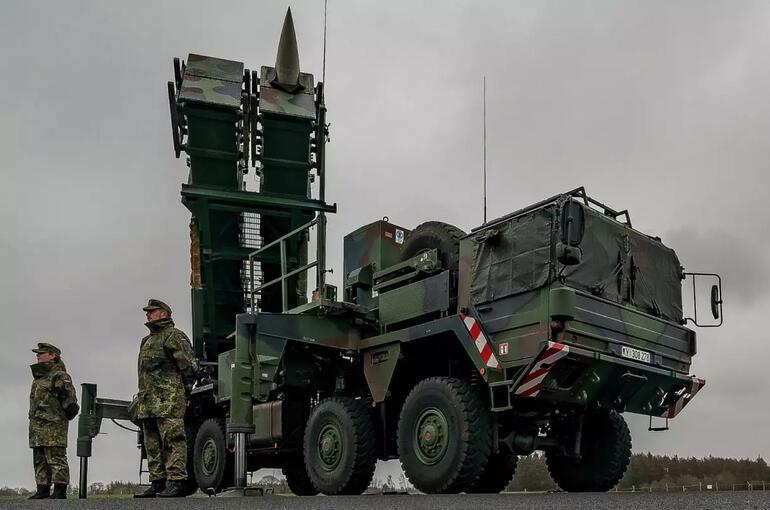 Emphasizing that the necessary work should be carried out with the United States on this issue in NATO, the Minister said that Germany was ready to make the necessary contribution, citing the government’s decision to purchase F-35 warplanes as an example.

While Germany is preparing to spend a record in the field of defense with its new security strategy, high inflation in the country, large increase in energy prices, cause great reactions and demonstrations.

Minister of Defense Lambrecht said that they are aware of the difficulties they face and that the necessary evaluations are being made by the German Government on how to prioritize.

“I want to say this clearly. “Military security is not a game played with arbitrary, expensive toys,” Lambrecht said, and argued that military security is among the basic duties of the state, that it cannot be waived, and that necessary investments must be made.