NO LONGER LOCATION IN BUCKINGHAM
King Charles III has officially fired his brother, Prince Andrew, from Buckingham Palace, whose name was involved in the sex trafficking criminal Jeffrey Epstein scandal, and who was even sued by the American Virginia Giuffre on charges of harassing him in his youth!

EMPLOYEES ARE ALSO RISK OF UNEMPLOYMENT
From now on, 62-year-old Andrew will no longer be able to use his office in Buckingham, nor will he be able to give it as his mailing address. This change does not only affect his life. The few employees Andrew keeps in his Buckingham office, who have been stripped of all official duties and titles due to the sexual harassment lawsuit, are also at risk of being unemployed.

All of Andrew’s presence in Buckingham ended in common, a Palace employee told the British newspaper The Sun. Andrew is on his own now, as he puts it. Retaining the title of Duke of York despite all that had happened, Andrew hired a small number of staff to mend his damaged reputation. It is now stated that they will most likely be unemployed and their compensation should be paid by Andrew.

HE GIVES HIS BROTHER’S MISSION TO WIFE
With the latest development the previous day, the task of Colonel of the Grenadier Guards, which Prince Andrew had undertaken for a long time, was given by Charles to his wife, Consort Queen Camilla. But before that, Andrew’s all official duties were taken away by his mother, Queen Elizabeth II, and the Prince had lost his military titles. But while his mother was alive, Andrew still remained under her protection. His elder brother, King Charles, dismissing him from Buckingham Palace is considered a radical decision. According to the British press, Prince Andrew will be able to keep his residence in Windsor for the time being.

Andrew will also be absent from the royal family’s traditional Christmas gathering and parade in Sandringham. Harry and Meghan aren’t invited anyway. But to everyone’s surprise, King Charles invited Andrew’s ex-wife, Sarah Ferguson, to the family dinner at Sandringham. 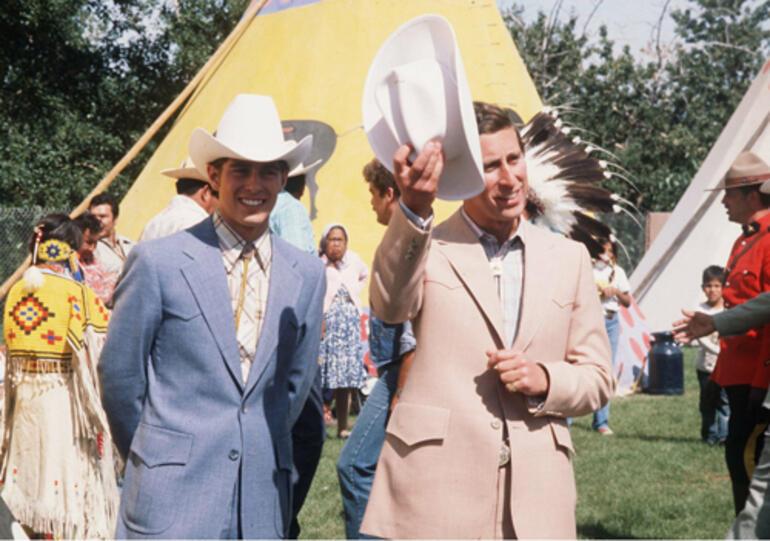 IT WAS MADE THE SIGN OF WHAT WILL ACTUALLY HAPPEN: THE SEXUAL HARASSMENT SCANDAL BRINGS THE END
As a matter of fact, it was also the subject of some allegations that were reflected in the press last month that this would be the case. It was alleged at the time that Charles had told his brother that there was no turning back for him while his mother was still alive, even though his mother was struggling with health problems. According to the allegations in the British press, a few days before the death of their mother, Queen Elizabeth II, Charles and his brother Andrew had a private meeting. Tensions were high in this conversation between 62-year-old Andrew and 73-year-old Charles, whose friendship with sex trafficking criminal Jeffrey Epstein and his partner Ghislaine Maxwell, and who were deprived of some duties and privileges due to the sexual harassment accusation brought against him by the American Virginia Giuffre.

Charles, who had not yet ascended to the throne because his mother was ill at the time, but was still alive, revealed to his brother Andrew the “bitter truth”. Accordingly, Andrew would never be able to return to his duties, which he lost due to these scandals in which his name was involved. So he would never be a working royal family member like he used to be. These words of Charles were a disaster for Andrew, who is the ‘favorite’ son of Queen Elizabeth II and who has hope that he can return to his old days in this regard. According to the news reflected in the British press, Andrew burst into tears when he heard these. It is stated that this speech took place at Charles’ residence in Birkhall, Scotland.

THE LAST SHAFT OF HOPE FLOODED: A source speaking to the British press on this issue said, “Andrew was completely taken by surprise. He always believed there was a way back.” According to the same source, Andrew, who is very close with his mother, Queen Elizabeth II, has repeatedly brought up the issue of returning to his former duties and appearing before the public. But after the conversation he had with his brother, the last shred of hope in him vanished. The source described the conversation between Charles and Andrew as “tense and emotional”. 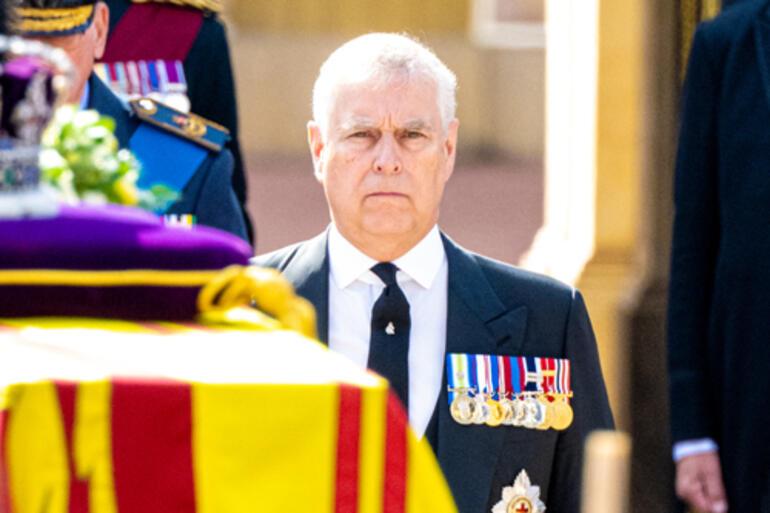 HE WAS ONLY WEARING THE UNIFORM FOR 15 MINUTES AT THE FUNERAL
Because of all these scandals, Prince Andrew lost both his place in the family and his reputation in the eyes of society. His situation also negatively affected his two daughters, Beatrice and Eugenie, although they had nothing to do with the events. One of the severe sanctions imposed on Andrew was the removal of his military titles. Even Queen Elizabeth II was not allowed to wear military uniforms in the funeral cortege. Andrew could only wear a uniform for 15 minutes during the vigil of Elizabeth II’s four children.

According to media reports, other senior members of the family agree with Charles that Andrew should not return to his old duties. It all drops that for him the way back is closed. Even the one who took the throne instead of his mother King Charles III“You have to accept this decision,” allegedly told Andrew.

HIS TITLES BY HIS MOTHER: CONVINCED GREAT SON AND GRAND GRAND
Queen Elizabeth II stripped Andrew of all his titles in February of this year due to sexual misconduct charges. When this situation was reported to him, the news that Andrew burst into tears was reflected in the press. A source speaking to the Mirror newspaper said that Andrew actually expected such a development, but still couldn’t help himself when he heard it.

In June, when the Queen was alive and her 70th year on the throne was celebrated, striking allegations about Andrew were reflected in the press. It was even announced beforehand that Andrew would attend a ceremony, but the schedule was changed at the last minute. Let’s remember that event. Andrew was expected to attend the Order of the Garters distribution ceremony, one of the most important events of the year in England. Even his name was written in the program. But Andrew did not attend the ceremony at the last moment. It was claimed that Queen Elizabeth II had an influence on this issue as well. But she allegedly didn’t make this decision herself. There were two people who influenced him. 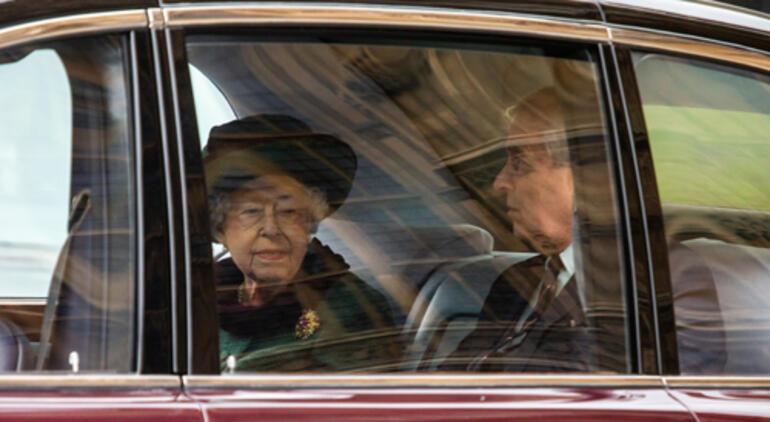 HE WAS NOT ATTENDED AT ANY MOMENT OF THE CEREMONY
It was claimed by the British press that the people who influenced the Queen were her eldest son Charles and grandson William. According to the plan, Andrew would not be in public at the ceremony at Windsor Castle, attending the luncheon where only family members would be present. But Charles and William allegedly told Andrew to “stay away from the venue for his own sake.” The father and son allegedly thought of this “because they were afraid of the public’s outcry against Andrew”. In the end, it was reported in the press that they convinced the Queen that Andrew should not be involved in any moment of the ceremony and that the middle prince did not go to Windsor.

THE PEOPLE REACT: Prince Andrew attended the April Mass in memory of his father Philip, side by side with his mother. The Queen, who had difficulty walking, took her middle son’s arm and went to the ceremony at Westminster Abbey. This situation has been interpreted in different ways. According to one comment, the Queen went to the ceremony alongside Andrew, emphasizing that she was the only person in the family who had the say and the final decision. It was also said that he could not let go of his fondness for his middle son. But Andrew’s public appearance at this important event alongside his mother was met with intense backlash.

SEXUAL HARASSMENT CASE WAS THE LAST DROP
To remember the events that brought Prince Andrew to this situation… The Prince was accused of sexual harassment by the American Virginia Giuffre. Claiming that the Prince was the victim of Jeffrey Epstein, with whom he befriended, Giuffre claimed that he had a relationship with Andrew at the age of 17, under his compulsion. That’s why she filed a sexual harassment suit against Andrew. Andrew, who will appear in court in the US, has already reached an agreement with Giuffre. Andrew paid $12 million in damages and closed the case without going to court. But that didn’t make him go back to his “old life”. He was stripped of his duties and directorships as a working royal family member. Some of his duties were divided among other members of the family.

HOW WAS THE COMPENSATION PAID? At that time, it was a matter of curiosity from where Andrew paid Giuffre 12 million dollars compensation. The Treasury answered the question of whether the money was paid by the taxes of the people. He explained that not a penny of the money Prince Andrew paid to Virginia Roberts Giuffre came from the taxes collected from the people. According to the Treasury, Prince Charles lent part of this money to his brother. 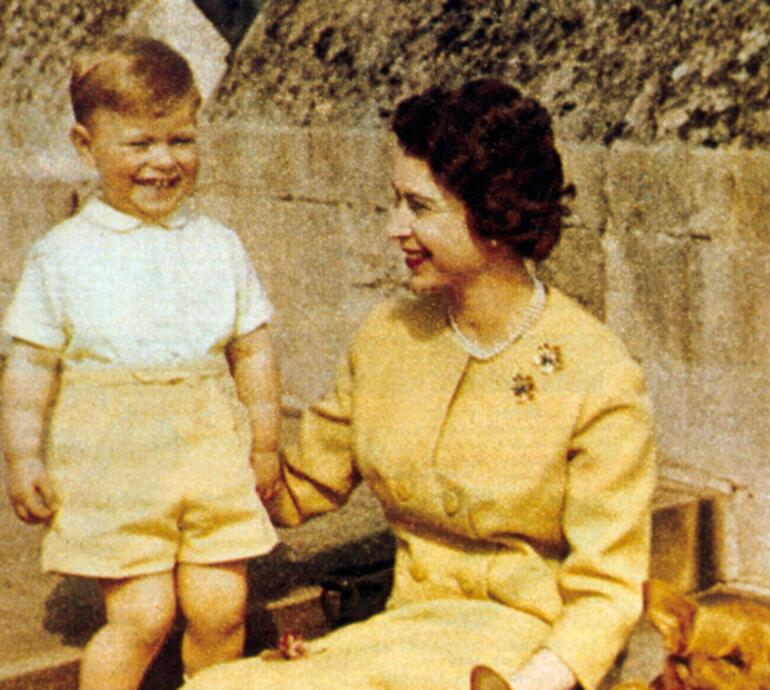 HE WAS THE QUEEN’S FAVORITE CHILD
The Queen’s son, who was involved in so many scandals in order to protect his family in a way while he was alive Prince AndrewIt is possible to say that he did not exclude . But what was the privilege he lost with his mother’s death? Why was Prince Andrew somehow getting out of this situation, when it was possible that if someone else did it, he could face sanctions that would amount to complete exclusion from the family? That is why Prince Andrew is referred to as the “Queen’s favorite child”. Let’s take a look at the possible reasons for this… Actually, what they have done in the past is not the kind of thing that will ensure Andrew to be on such a level. Known as the “playboy prince” in his youth, Andrew was involved in many scandals later on. In other words, his behavior caused a lot of pain to his family as well. On the other hand, judging by the evaluations of royal experts and historians, there is a slightly more emotional reason for Andrew’s “boy favorite”.

FEELING MORE CLOSE
Charles, the first child of Queen Elizabeth II and Prince Philip, was born in 1948. Their second child and only daughter Anne was born two years later. At that time, Elizabeth II was more concerned with royal duties. That’s why she couldn’t devote much time to her two older children. His third child and middle son Andrew was born in 1960. At that time, the Queen took a break from her duties and began to concentrate on her family, especially her children. This decision made after Andrew’s birth also made him take more care of his middle son, who was still a baby. Experts say the Queen’s decision to change her life after she became a mother for the third time resulted in her forming a stronger bond with Andrew than with her two older children. That’s why the Queen feels more close to Andrew. In the meantime, let us remind you that Edward, the youngest son of Elizabeth II and Prince Philip, was born in 1960, 4 years after Andrew.