In tomato production, which is carried out in coconut shell at 30 degrees below zero, without soil contact, much more products are obtained compared to soil agriculture, while water is used at a rate of 3/1.

While the concern of drought is taking the world by storm, the search for measures against drought continues. In Sivas, which is one of the provinces most affected by drought in Turkey, it has been announced that there will be a restriction in beet and potato production, which requires water in production, in order to protect the dwindling resources. On the other hand, Turkish scientists at Sivas Science and Technology University continue to work on drought-resistant seeds.

The glass greenhouse established by Sami Aydın, a businessman from Sivas, who served as the Mayor of Sivas in the previous term, on an area of ​​60 decares in 2020, became a little remedy and hope for the drought. In the greenhouse heated with geothermal water, production can be carried out even at 30 degrees below zero. In this way, there is no soil contact with the products in the greenhouse where agriculture is carried out for 12 months of the year. When using coconut shell instead of soil, much more products are obtained in a narrower area compared to soil agriculture. Compared to soil agriculture, the amount of water used is 3/1.

Produced tomatoes at -30 degrees and sold them to the world

Stating that they produce tomatoes at 30 degrees below zero without any problems, Aydın said, “This is a glass greenhouse managed with modern full automation. We made the first planting in December 2020. We are currently in our third season. This place is heated with geothermal thermal water. In these three years, we have seen minus 30 degrees cold, but we did not have any problems. We continued our production without interruption. We employ 50 of our friends here, although 90 percent of them are women.”

While buying, it became exportable, 85 percent of the production goes to Europe.

Stating that Sivas has become a supplier of tomatoes to the world while buying tomatoes from abroad, Aydın said, “It is also important for Sivas that such a business is the first and sets an example. We know that with the success of this place, a few new investments are being made. In this sense, we have achieved one of our goals. Sivas is a province that imports fruits and vegetables from abroad, especially in winter. We export the products produced here both to the domestic market in Turkey and to European countries. 85% of our production is exported to Europe”.

Drought is the solution! It will be a solution to the increasing food need

Stating that the geothermal glass greenhouse and production technique will be a solution to the increasing food need despite the drought, Aydın said, “In this sense, due to the developments related to drought in the world, global warming, and the continuous increase in the need for food, such investments are not only for the investor but also for the investors. I think it is very important for the economy of the city and the country. With this awareness, we are happy to have made such a contribution to both our country and our city. We hope that the number of greenhouses similar to this one in Sivas will increase exponentially in the near future.”

Coconut shell instead of soil

Sami Aydın emphasized that the plants from which they obtain crops do not have contact with the soil and said, “As you can see, we have no connection with the soil. We plant the plants inside the structure made of coconut shell, which we call Cocopeat. Irrigation is done through automation and the plant begins to grow. It continues to bear fruit as it grows. In terms of productivity, there are serious differences between the amount of product obtained from the soil and the amount of product obtained here. You can get more products in a smaller space. At the same time, we can produce around 2 thousand tons of products per year here. When you try to obtain this much product in the soil, you will need to use 2-3 times more, although the amount of water you have used is not sure. When we look at it like this, we can say that such investments are important in order to use water resources efficiently.” 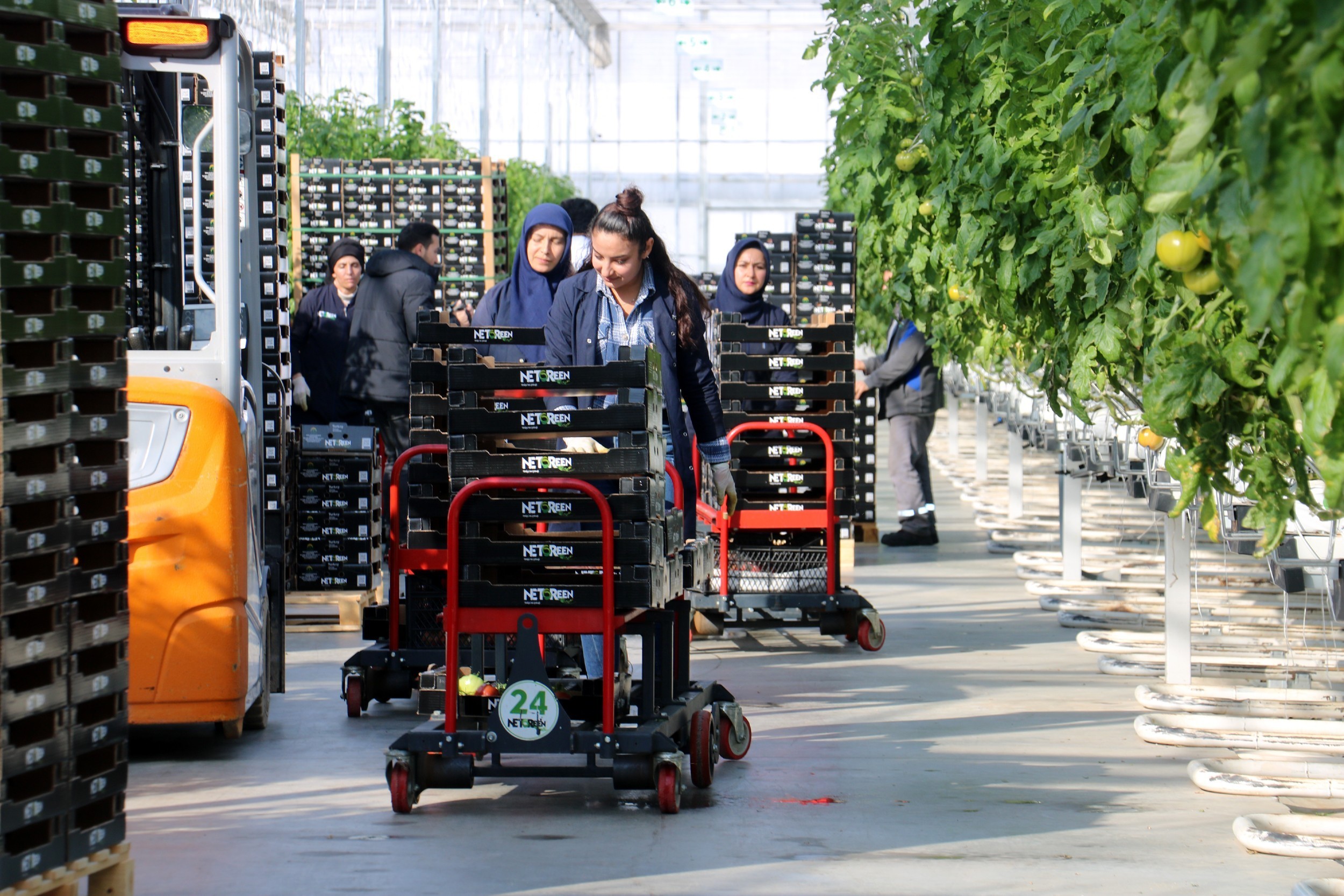 He even sells tomatoes to the Netherlands