In Zonguldak, the actor’s friends made a joke about the ‘pregnant lover’ at the wedding. The wedding of the pregnant lover due to the role shocked the bride. The actress, who played the pregnant lover, took out a pillow with the words ‘Get older on a pillow’ from under her dress.

Beyza Uzgören (32) and Aykut Gümüştaş (37), Zonguldak He got married in Polisevi. The actor friends of the groom, who came to the wedding of Aykut Gümüştaş, who is an engineer and also a theater actor, and Beyza Uzgören, a teacher, pretended to be ‘pregnant lover and family’ and joked.

Zonguldak Art Theater Director Erhal Seat and actors Serap Dumlupınar, Semih Canbulut and Onur Berber drew attention with their stage performance at the wedding. While the fun was going on, Serap Dumlupınar, who played the role of ‘pregnant lover’, stormed the wedding by screaming. While the people next to her in the role of her brother and her father were walking towards the couple, the bride Beyza Uzgören was surprised by the event. The people in the hall were confused about what to do, a doctor was sought in the hall for the ‘pregnant lover’ who was in labor pain due to the role.

“GET HUMAN ON A PILLOW”

Serap Dumlupınar, who portrayed the pregnant lover, took out a pillow with the words ‘Get older on a pillow’ from under her dress. Stating that the groom is also a member of the Zonguldak Art Theater, Serap Dumlupınar stated that they wanted to surprise her and said, “I thank you very much for your tolerance. We do not want it to be misunderstood. Our bride was also very understanding. We wish you happiness again.” 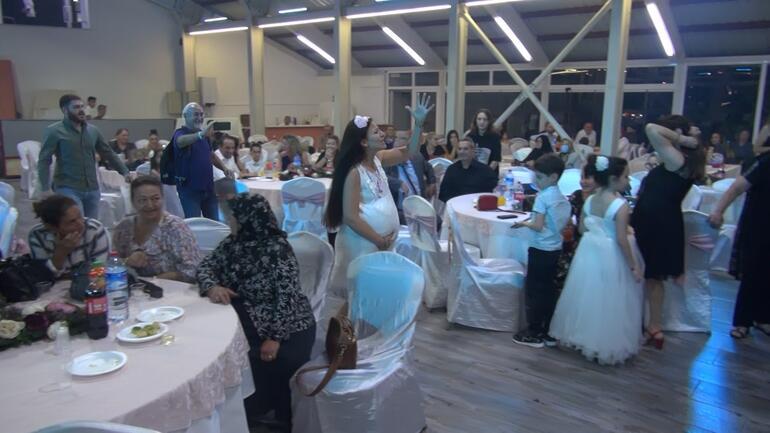 Beyza Uzgören, describing her experiences, said, “I really thought she was pregnant. I thought she was going to give birth. I thought, ‘There might be a baby coming.’ But after that, when I shouted ‘Aykut’, I said there is something wrong with this. Then I realized that it was a pillow. “I started to enjoy watching it. It was very enjoyable and very beautiful. It was a very good memory for us, and I thank them very much for leaving an invaluable memory that we can tell our children to watch in the future,” he said. 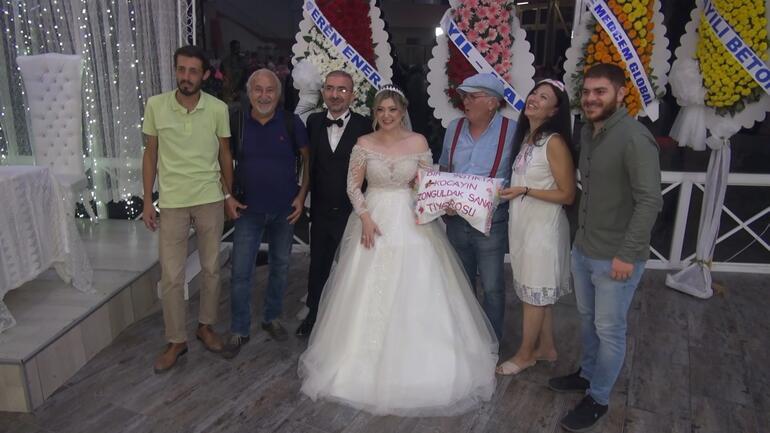