After 6 months, the war entered a new era. Ukraine started counter-attacks in the south as of yesterday. Ukraine, which fired more than 220 missiles and artillery against Russian positions, announced Russian losses.

Russia The war, which started on the morning of February 24 with the order of President Vladimir Putin, continues to die.

Having set the country’s capital, Kiev, as its main target from the first day of the war, the Russian army withdrew from the region after weeks of siege and a series of attack attempts, and turned its direction to the east of the country.

In this context, Russia targeted many cities in this region and secured the control of Lysychansk, which is also known as the ‘last fortress in Donbass’.

After this development, while the conflicts intensified in the Donetsk region, the war entered a new phase as of yesterday.

Ukrainian troops herson began a counterattack in his direction. Explaining that Russia broke the first line of defense, Ukraine announced the losses of the Russian army.

According to the news in Newsweek, the Ukrainian army announced that it launched missile and artillery strikes as part of its counterattack in southern Ukraine, killing about 160 Russian soldiers as a result of these attacks.

A Ukrainian soldier among the buildings destroyed by Russian missiles in Druzhkivka… (Photo: AP)

CALL FROM ZELENSKI TO RUSSIAN SOLDIERS

Zelensky stated that the Ukrainian troops would follow the Russian army to the border and explained under what condition the Russian soldiers would survive.

Addressing the Russian soldiers, Zelensky said, “It’s time to flee if they want to survive,” and repeated his call to surrender. 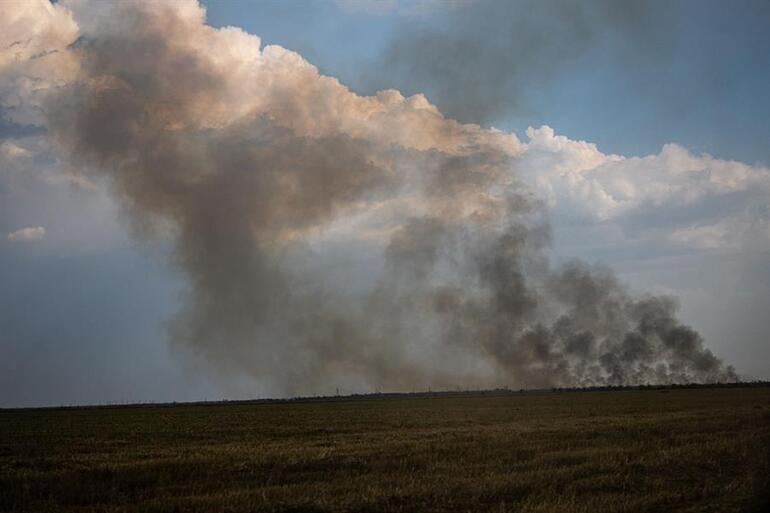 Black smoke rises from the areas near the front in Mykolaiv Oblast. (Photo: AP)

RUSSIA DID NOT UPDATE SINCE MARCH 2

Russia has been unwilling to disclose military losses for months. Moscow made its first and last official statement on the issue on March 2.

In the statement in question, Russia’s loss of troops in the war was announced as 498. This data has never been updated since then.

While the Russian government rarely provides updates on the number of deaths suffered by its armed forces, announcements by local governments and newspapers indicate that more than 300 officers have died in the fighting.