Tarhan shared the poster of Athena’s concert for the August 30 Victory Day.“Sorry celebration of August 30. The Greek-named singer is saying ‘culturally we defeated'” used the phrase.

Tarhan’s comment received hundreds of comments in a short time, while “Athena” was among the most talked about on Twitter. 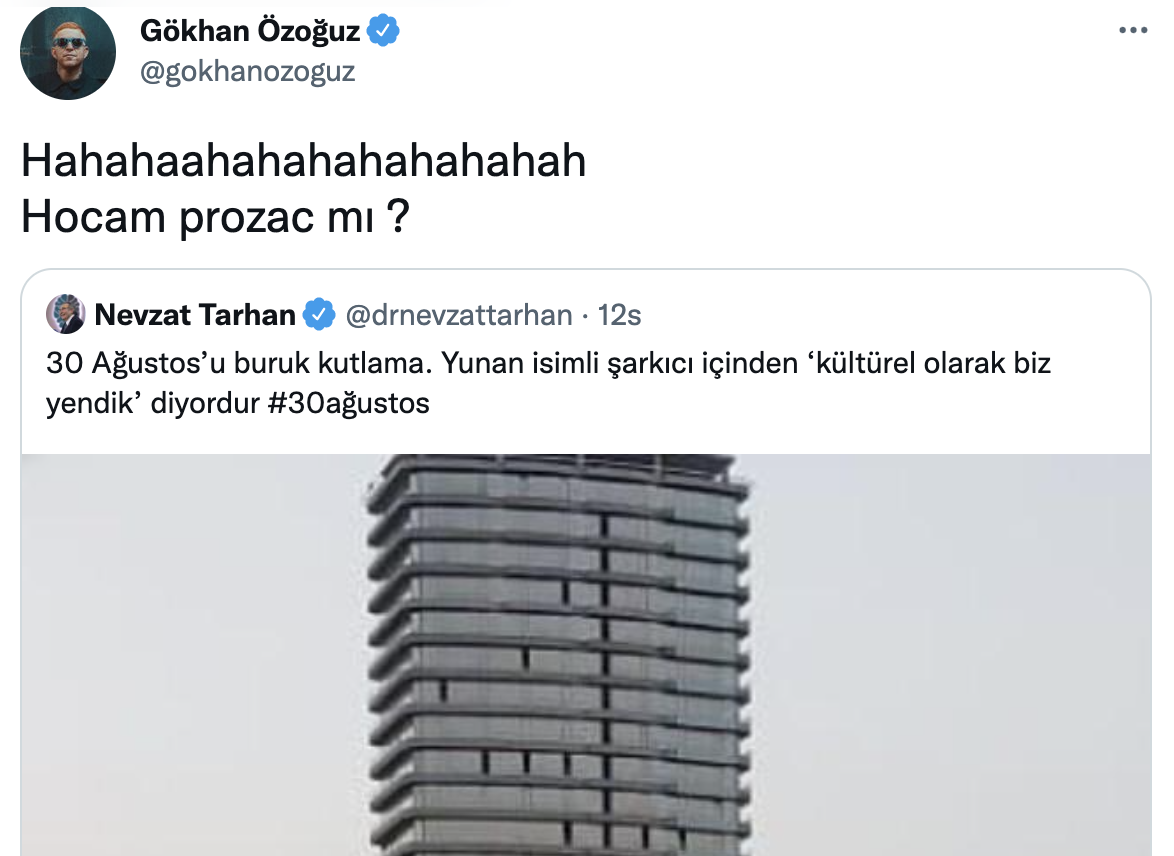 Some of the posts on the subject are as follows: