Melisa Akman İpeker, who completed her education at Bilkent University Faculty of Law, was aware that she had stepped into a shift, most of which would be spent in fruit production regions, when she transferred to her family company Ersu in 2011, after 3 years of professional working life at Pekin&- Bakar Law Firm.

After graduating from Robert College, İpeker came to Ersu, which was bought by his father Ali Akman in 1984, who completed his higher education in England and Germany, completing the rotation as per the family constitution. After his undergraduate education, he worked at another institution for 3 years and fulfilled the promotion requirement.

Ersu is one of Turkey’s most important fruit juice and concentrate companies. Its foundation dates back to 1969. One of the first producers of cane fruit juice. It has expertise in filling glass, PET and paper packaging.

When he came to the Konya Ereğli facility, which is in the locomotive position in the middle of the other three factories in the group and all contracted agricultural production, “I thought that I could not look to the future without knowing the past. My first year was spent learning the 30-year business culture of our company,” says Melisa Akman İpeker. At the same time, he says, “I understood what it means to be the boss’s daughter and what it means not to be the boss’s son,” he says of those periods. The days are spent with the farmer in the field, with the worker at the machine. They trust the engineers very much. R&D He works in laboratories and resides in the factory’s lodging in the evenings.

Melisa Akman İpeker lives her first work experience with the tomato paste production line planned to be established in the Morello factory in Afyonkarahisar, one of the 4 facilities of Ersu. 5 million in total Euro He says that he was only in his first year at Ersu when he took over the project with an investment. “We managed the entire investment process from A to Z together with our teams,” he says. The tomato paste plant has been an important investment for Afyon as well as for Ersu. Melisa Akman İpeker conveys its importance as follows:

“Morellosal production line was a decision taken by the management. We were producing tomato paste in our other facilities, but it would be the first in our Afyon facility. It would be the first for Afyon anyway. Thanks to us, tomato production started until Karaman in the region where tomatoes were not produced until that date. The complete and timely completion of our investment paved the way for tomato production in the region. Today, 20-25 thousand tons of tomatoes from the region are processed in our factory”.

After 4 years of Konya Ereğli experience, Melisa Akman İpeker is coming to Akman Holding’s headquarters in Istanbul. He works one-on-one with his father, Ali Akman. After the progress of the projects in Toronto, Ali Akman gives his weight to Canada as of 2018. Melisa Akman İpeker, at the age of 30, is the CEO of the structure in Turkey. CEO Melisa Akman İpeker, who manages the Turkey operations where 65 percent of Akman Holding’s business is realized, said, “With the capital increase, we will become even stronger in exports and in the domestic market. We want to create a non-human factory. We have high technology. We will further increase the inter-machine connection, we will go digital,” she says. 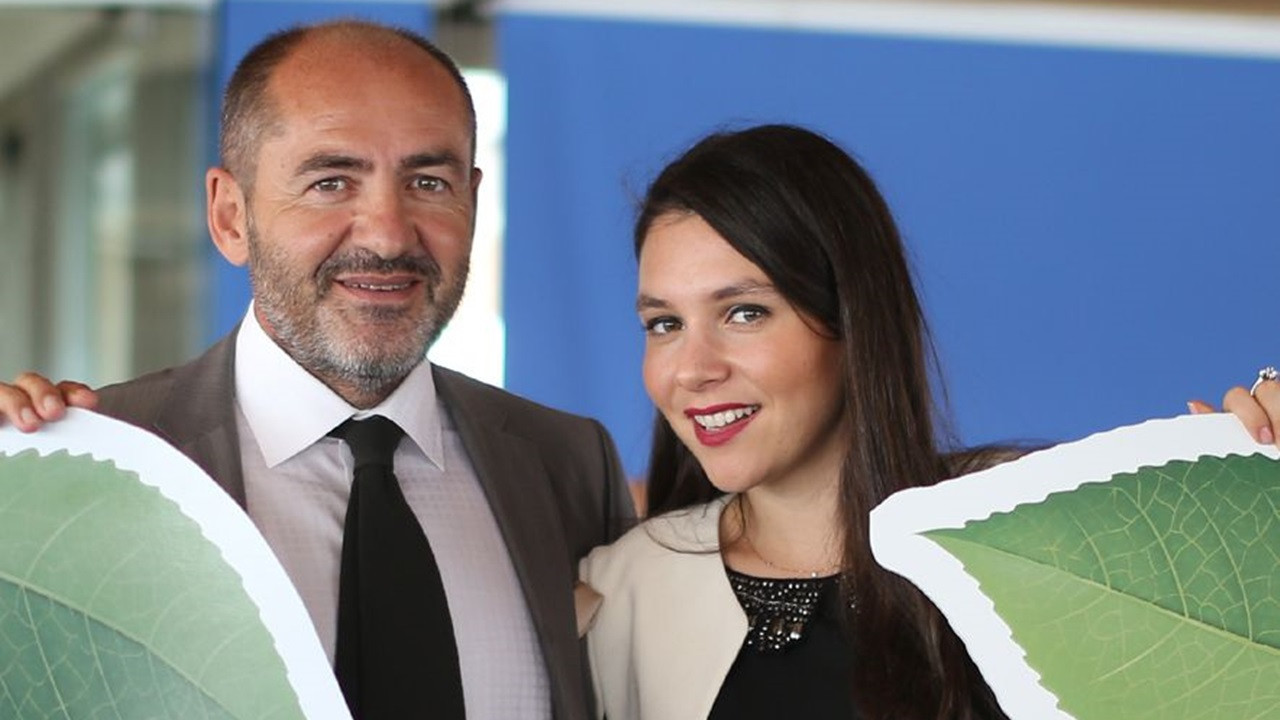 Akman Holding operates in Turkey and Canada. In 2018, it has a total value of 600 million in Canada, where it is located as Samm Holding. dollar Completed real estate construction and sales. It continues the construction of a mixed project worth 130 million dollars. In addition, it operates 8 different hotels with a total bed capacity of 2,000 in the country, from Marriott to Holiday Inn to Wyndham, under the umbrella of global brands. It has 4 facilities producing fruit and vegetable juices in Konya Ereğli, Antalya Korkuteli, Afyon Sultandağı and Niğde (there is also the production of plastic barrels). It also operates two boutique hotels in Ankara, which are well known to jazz lovers since 2000. Aiming to have a turnover of 120 million dollars by the end of this year, the annual fruit juice export capacity of the 4 production facilities of the Akman Group reaches 65 million Euros.

It is known for its 2 brands in fruit juice. Akman Holding. Akman took action to be more active in the domestic market with Ersu and Golden brands. Akman Holding, which has increased its capital by 300 percent, while targeting rapid growth in Turkish retail, will also make investments in modernization and capacity increase. A capital inflow of 104 million lira will be provided to Ersu, 58 million lira of this amount will be used for investments and the remainder will be used as working capital. Ersu plans to grow 10 percent in concentrate production, 1.5 times in fruit juice packaging and 30 percent in total sales with investments. Melisa Akman İpeker, Akman Holding CEO, says that they will grow in exports and organic agriculture and says, “We plan to be a leader in domestic retail as well”.

He removed his white membrane, made pomegranate juice more popular

Agriculture Melisa Akman İpeker, who came to Istanbul after 4 years with blue collar workers in the factory, focuses on financial affairs and exports. She plans the export of pomegranate juice to foreign markets. “We focused on the Far East market. We rolled up our sleeves to bring pomegranate ‘trendy’ to Japan, South Korea, China, New Zealand. We made introductions. Our product is 100 percent pomegranate juice. We’ve had great success,” she says. One of the keys to this success is that the team led by İpeker has developed the technique of removing the white skin of the pomegranate and obtained a sweeter product. The pomegranate juice segment ranks 5th in sales in Turkey and third in the world after apples and oranges. Ersu, which is engaged in agriculture with over a thousand contracted families, exports 70 percent of its production to more than 50 countries in 5 continents. Melisa Akman İpeker said that they will benefit more from solar energy and said, “We have a direct filling technique after being bored, we will develop it further. Domestic input use in fruit and vegetable juice is around 80 percent. All of our employees are experts, our farmer is very productive. Our land is very fertile. Our country should grow more in this area,” she says.