HIS mother-in-law WAS INTRODUCED WITH PRAISE
Who is he? Naturally, there are those who ask this question. Let’s just say, she is the future queen of Jordan. So she is the fiancee of Prince Hussein, the first heir to the throne of the country. But many people dismissed him because he gave the news of the engagement with great enthusiasm.Queen Rania of JordanBecause Rania, who married King Abdullah even though she did not come from a noble family, and gradually overshadowed him, introduced her new bride by sharing photo after photo on her social media page and praising her as “my third daughter”.

LOOKS MORE LIKE RANIA THAN HIS Daughters
The new bride of the Jordanian palace, Rajwa, was drawing attention with her self-confident appearance even in those engagement photos shared by her new mother-in-law, Rania. Another feature that stood out was that he was taller than his fiancée Hüseyin. But beyond all this, there is another striking detail: Bride Rajwa looks exactly like her mother-in-law, Queen Rania. She even looks more like Rania than her two daughters, Iman and Salma. 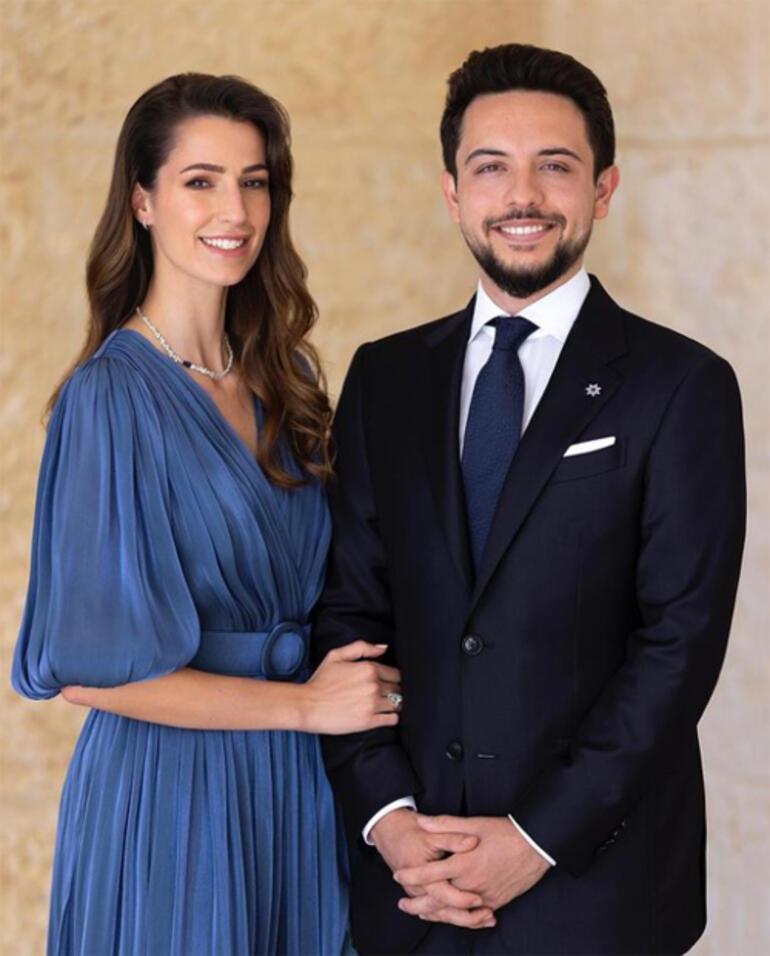 THEY CALL HIM THE KATE MIDDLETON OF THE MIDDLE EAST
Born in 1994, Rajwa suddenly became the center of attention of those who closely follow the monarchy families around the world after the news of the engagement was announced. In fact, although she does not look like her at all, she has been compared to Princess Catherine, that is, Kate Middleton, the favorite bride of the British royal family, with her long hair, warm smile, and safe and measured stance. In fact, Prince Hussein’s fiancee, Rajwa, has been described by some as the “Kate Middleton of the Middle East”. Of course, the fact that Kate Middleton wore a dress similar to the one she wore on her engagement to Prince William in one of her engagement photos also has an effect. 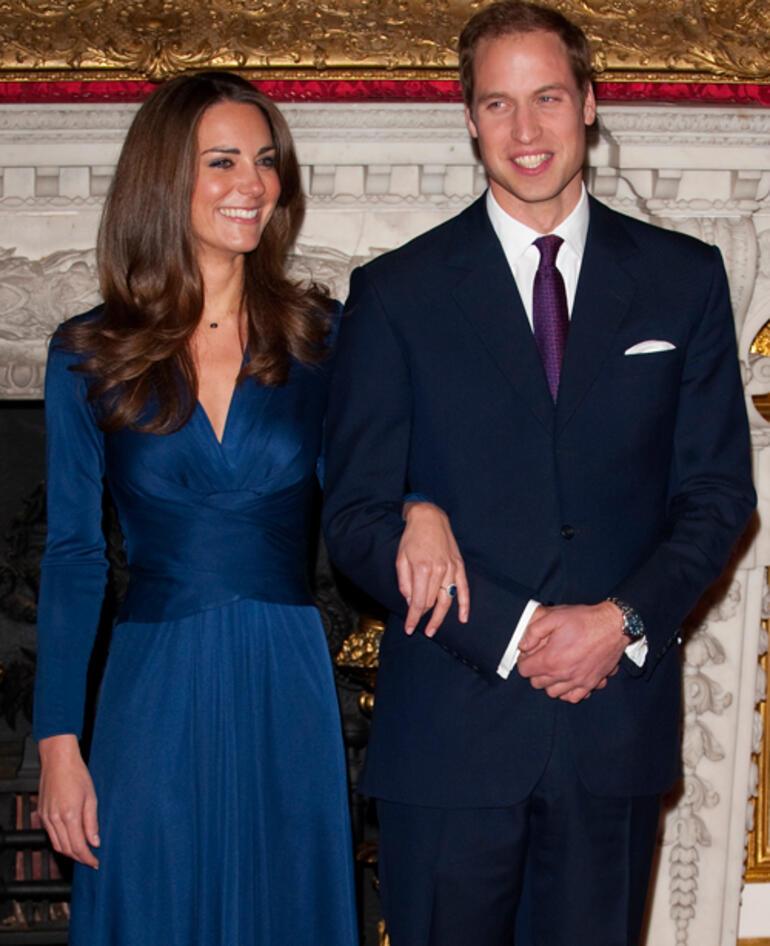 Rajwa’s engagement outfit has been compared to the dress Kate Middleton and Prince William wore on the day they announced their marriage. 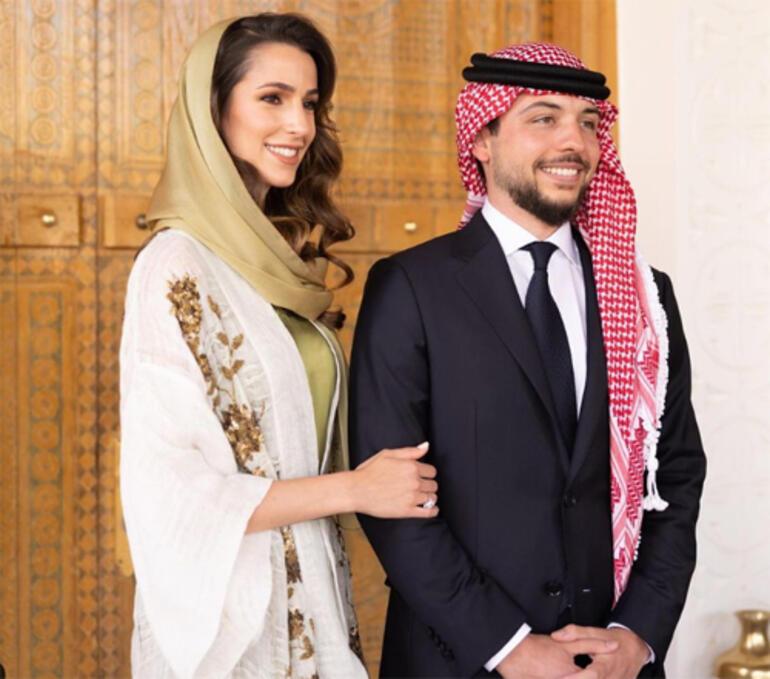 THIS MAY BE ONE OF THE REASONS YOU’VE BEEN SELECTED AS A WIFE
When this was the case, it aroused curiosity as to who Rajwa was, who made the impression just like the princesses in the “one thousand and one nights”. When the engagement news was announced, the most known detail about the young girl was that she was the daughter of a very wealthy business person from Saudi Arabia. Although Rajwa, who opened his eyes to the world on April 28, 1994 in Riyadh, may seem like the daughter of a wealthy businessman at first, this is not exactly the case. She belongs to one of the leading families of her country. His mother is a descendant of the mother of the King of Saudi Arabia. So Rajwa is not the daughter of such an ordinary family. This is probably one of the main reasons why she was chosen as the wife of Jordan’s crown prince Hussein. 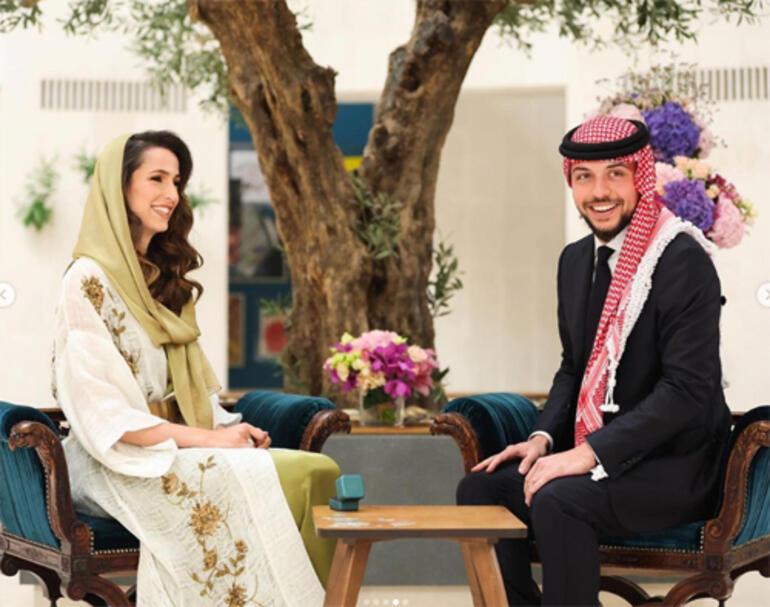 Madam BRIDE IS ACTUALLY AN ARCHITECT
His father, Khalid Bin Musaid bin Saif bin Abdulaziz Al Saif, who graduated from the American University of Beirut, is a civil engineer. He is also the founder of a leading construction company. Rajwa is also a university graduate like his father. Like him, he completed his education outside of his own country. After primary and secondary school, he studied architecture at Syracuse University in the USA. So Rajwa, the bride of the Jordanian court, will most likely not be practicing her profession, but she is an architect. After his education in Syracuse, Rajwa moved to Los Angeles where he continued his education at the Fashion Institute of Design and Merchandising. At the same time, he worked in an architectural firm. But then fate made his way through Prince Hussein to the Jordanian palace. 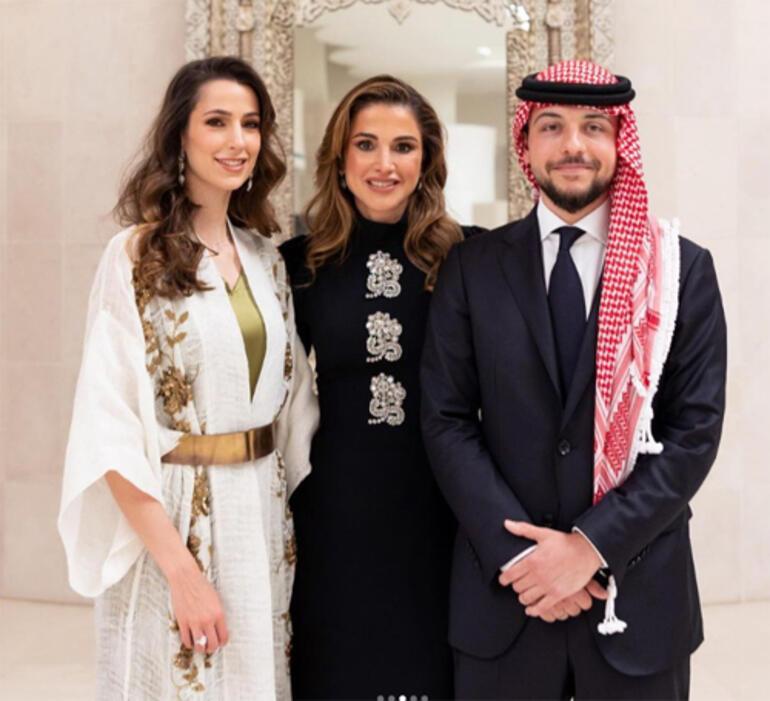 ANNOUNCED WITH GREAT ENJOYMENT
The news of the engagement of Prince Hussein and Rajwa Al-Sahif was announced on the official social media accounts of the Jordanian royal family on 17 August 2022. Using her own Instagram account, Queen Rania shared with her followers the news that her 28-year-old eldest son, Hüseyin, took the first step into marriage. In those photos, Rania’s happiness as well as the bride did not go unnoticed. Queen Rania announced on her Instagram account that her first child, Crown Prince Hussein, who was born from her marriage to King Abdullah, is engaged to Rajwa Al Saif, with the words “my third daughter”.

“I’m excited to welcome my third daughter,” Rania wrote, addressing Rajwa as “Welcome to the family.” Queen Rania added that they were happy for both young people. Rania stated that the presence of both Hussein and her fiancé Rajwa was a joy and pleasure for them and wrote, “I had two daughters, I had three. Our joy is indescribable.” 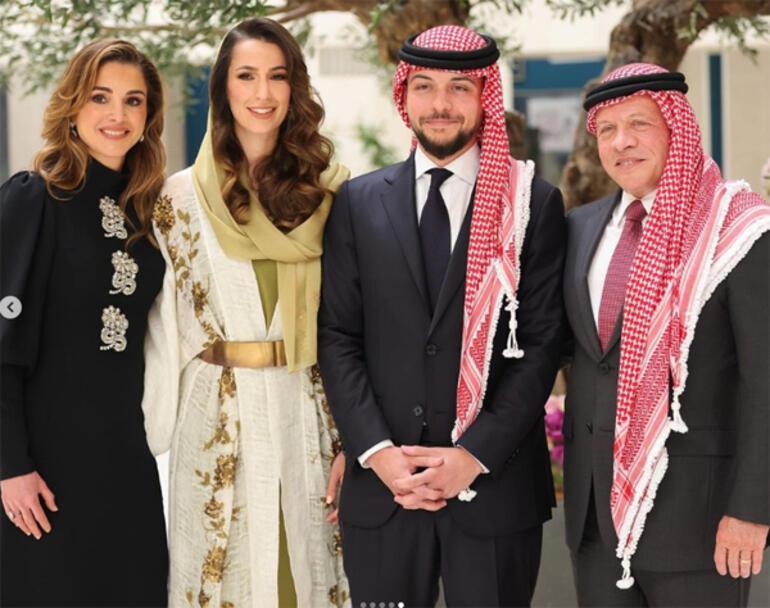 A ROYAL WEDDING LIKE A TALE IS EXPECTED
Crown Prince Hussein and Rajwa Al Saif are getting married on 1 June this year. In other words, the world is getting ready to witness a flamboyant royal wedding. This date has been specially chosen. news between. Because the young Prince’s parents, Rania and Abdullah, will celebrate their 30th wedding anniversary on June 10. A few days before that, the family will have experienced a new wedding excitement.

THERE IS ANOTHER WEDDING: By the way, there is another wedding at the Jordan Palace this summer. Rania and King Abdullah’s eldest daughter, Princess Salma, will most likely marry Jameel Alexander Thermiotis, to whom her brother was recently engaged, in the spring. 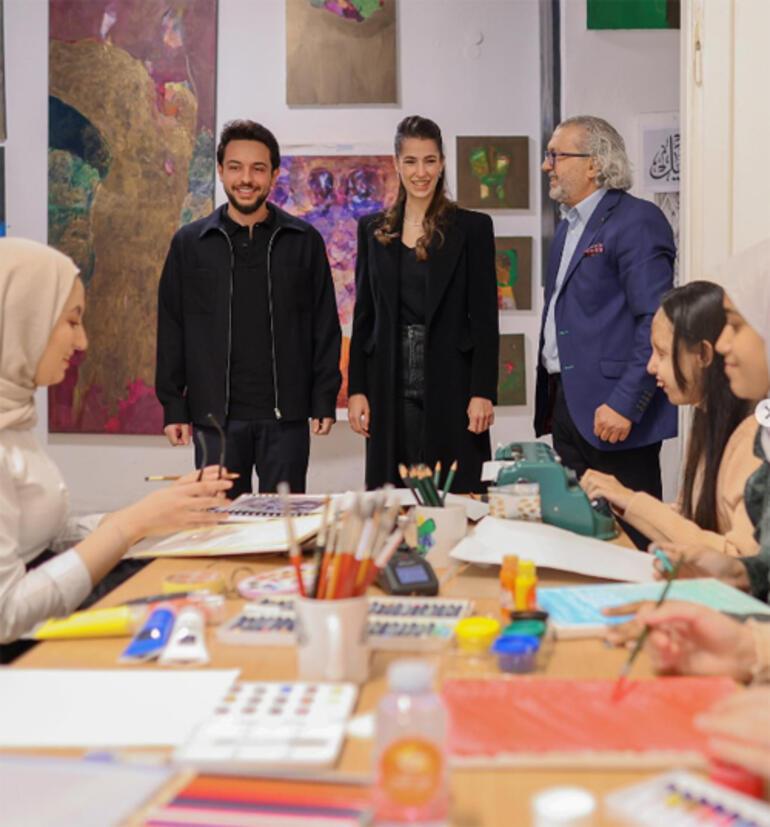 He is slowly getting used to his future duties
Rajwa Al-SaifShe is already preparing for royal duties, which will gradually increase after her marriage. The young girl was also her fiancé the previous day. Prince Hussein visited a workshop where a group of visually impaired people conduct artistic activities. He attracted attention with his warm demeanor during that visit. Rajwa, who always kept a smile on his face, got full marks from those who kept him under observation.