social housing With the opportunity, the balances in housing sales changed. The property owners, who took advantage of the lively demand in the past months, were making daily price changes and the numbers were constantly increasing. First, the limitation on housing loans and then the social housing project put the buyer on hold. When prices and payment terms were attractive, millions of people turned to social housing and demand declined. Real estate According to the representatives of the sector, with the decline in demand, the unrealistic pricing called ‘foam’ started to decline.

All Entrepreneurial Real Estate Agents Association (TUGEM) Head Hakan AkdoganHe said home buyers are on hold. Stating that the stagnation in the market started with the limitation on loans, the decrease in purchasing power and the social housing project, Akdoğan said, “Now, many buyers will try their luck in social housing. They will apply for the house or the land, and if there are young people in the house, they will also apply. Then, in October, a campaign for middle-income people will start under the leadership of Emlak Konut. All these new opportunities have strengthened the hands of the buyers.” Evaluating the effect of the falling demand on prices, Akdoğan said, “The prices in the real estate market cannot be said to have decreased, but there is a decline in both the rate of increase and foam prices. For example, the customer who said, ‘I will not sell it for less than 3 million 250 thousand liras’ even though we said, ‘Your house is worth a maximum of 3 million liras’, has reached the level of 3 million after the limitation on loans. Today, however, when the demand declined, it fell to the level of 2 million 800 thousand liras. In fact, the seller’s nose was rubbed. 3-4 months ago, they were calling us every day, after all, they were constantly increasing the price because there were too many buyers. Now those people are coming to realistic numbers with the decreasing demand. In addition, the bargaining share in favor of the buyer has increased,” he said.

Evaluating the impact of social housing on the real estate market, President of the Istanbul Chamber of Realtors Nizamettin Aşa said, “4 million applications in 6 days means that 4 million potential buyers have withdrawn from the market and are on hold. Moreover, applications are still ongoing. In this project, there will be lands with infrastructure and the application process will begin for them in the coming period. Thus, millions of buyers will turn to public projects instead of the second-hand market. The main reason for the price increase in the second hand was the very high demand despite the decreasing supply. Now, with the decline in demand, prices have started to decline,” he said.

Real estate consultancy company Coldwell Banker Turkey President Gökhan Taş explained the decline in the demand process as follows: “Until 3-4 months ago, there was a serious cash flow to the real estate sector. Those who wanted to protect the value of their money in the face of inflation bought houses and sales increased rapidly. On the receiving end, there was the psychology of not missing the train. He said he couldn’t find it again at this price. Today, this fire has been extinguished. Credit limitation and the expectation of social housing were effective in this. We have seen the effect of the social housing move announced by the public on demand more clearly in the low- and middle-income segments. The fact that a house will be sold for 600-700 thousand liras with the support of the state has created a decrease in interest in other houses in this category. More importantly, the hope of those who say ‘I can’t be a home owner’ has increased.” Ulvi Özcan, Chairman of the Board of Istanbul Real Estate Brokers Club Business Cooperative, said, “Actually, the name of the social housing project was enough. Before the details were announced, expectations arose and demand declined. The new supply to come is very important but not sufficient. The market needs a comprehensive housing policy,” he said.

Both the data of the Turkish Statistical Institute (TUIK) and research reveal the decline in house sales. According to TUIK data, the first annual decline after August 2021 was in July this year. In July, 94 thousand houses were sold with a decrease of 12.9 percent year on year. Housing sales decreased by 12.7 percent in August and became 123 thousand 491. While the credit limitation, the decrease in the number of buyers with increasing prices and the expectation that prices will not increase too much were effective in this decline, social housing was added to these effects. On the other hand, according to the report prepared by Bahçeşehir University Economic and Social Research Center (BETAM) with sahibinden.com, the annual rate of price increase in Istanbul decreased. The report included the following information: “Compared to August of last year, the average current price per square meter of housing for sale throughout Turkey increased by 198.7 percent and reached 13,091 TL. The current prices of residential square meters for sale increased by 238.8 percent in Istanbul, 203.3 percent in Ankara and 180.4 percent in Izmir. Average residential square meter prices were 19.802 TL in Istanbul, 8.848 TL in Ankara and 14.583 TL in İzmir. Although housing prices have increased throughout the country and in three major cities, the annual rate of increase in housing prices in Istanbul has decreased after a long period of time. The annual rate of price increase in Istanbul decreased by 2.1 points compared to the previous month. It is noteworthy that this decrease is the highest in the period we analyzed in our reports (after September 2017). Housing demand index increased by 2.3 percent in August after the declines in June and July. However, the significantly lower housing demand compared to May can be interpreted as a sign of stagnation in the housing market.”

The largest social housing project in the history of the Republic came into play. While it was announced that 250 thousand houses will be built in 2 years within the scope of the project, applications have started. After the claim period is completed on October 31, the beneficiaries will be determined by lot. This lottery process prompted the fraudsters. According to the statement made by TOKİ, fraudsters began to demand money from citizens with the promise that ‘priority will be given in the lottery’. In the TOKİ statement, which stated that there were complaints in this direction, the following statements were included: “It has been determined that fraud and fraud have been attempted by using the name of our Administration, which makes low-income citizens homeowners. Within the scope of our 250 thousand social housing project, which is the largest social housing project in the history of the Republic, there are complaints that ‘after your application, priority will be given to the lottery and money is demanded for this’. In particular, we would like to point out that all of the transactions such as collection of applications, contract signing, transfer, delivery and title deed of the residences offered for sale by our Administration are carried out through the authorized branches of Halk Bank and Ziraat Bank, and no transactions are made through the branches and/or individual accounts of any other bank. In addition, no action is taken by taking a request, preliminary request or deposit through any cooperative or association. For this reason, the person or persons requesting payment who promises to give priority to the lottery by contacting you by phone or in person should not be respected. In addition, if a request for money is made by contacting you, a criminal complaint must be filed with the prosecutor’s office. 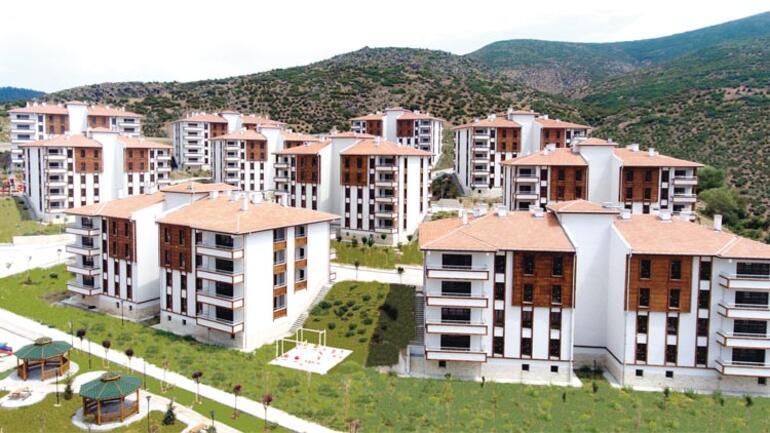