Erdogan’s statements regarding the NATO warning had wide repercussions. It was emphasized that Turkey is the only country that has openly raised its voice regarding new participations in the alliance.

President Recep Tayyip Erdoğan made a speech at the General Assembly of the Turkish Grand National Assembly on the occasion of the opening of the 27th Term 6th Legislative Year.

In one part of his speech, Erdogan gave important messages on the NATO membership of Sweden and Finland.

In the news, “President Erdogan has once again announced that he can stop Sweden and Finland’s membership in the defense alliance NATO. This will happen if the countries do not fulfill Turkey’s demands.” it was said.

The only country openly objecting to Sweden’s membership

It was reminded that the approval of a country’s application to NATO requires the approval of all member states. It was pointed out that Turkey is the only country that openly objects to Sweden’s membership.

“Now only Hungary and Turkey remain”

Ankara wants the proceedings regarding the terrorists requested to be extradited. On the other hand, “Slovakia approved the application of Sweden and Finland and now only Hungary and Turkey remain.” note was included.

Savon Sanomat newspaper from the Finnish press, “Erdogan once again threatened to block Finland and Sweden from joining NATO” appeared before his readers.

Erdogan’s “We will closely monitor whether Finland and Sweden keep their promises and the decision rests with our parliament, of course.” statements were included.

It was reminded that the NATO membership of Finland and Sweden was ratified by 28 NATO member countries, only the approvals of Turkey and Hungary were missing. 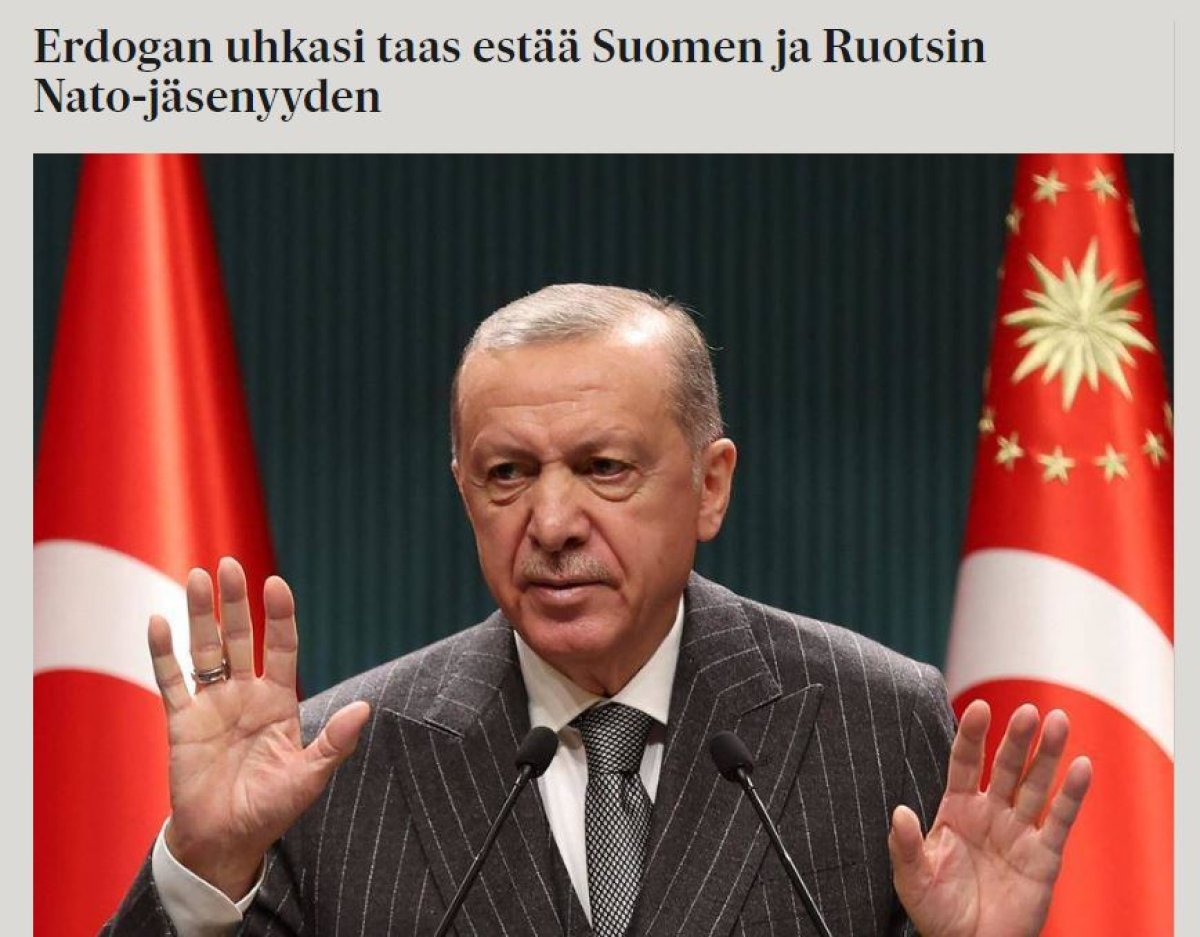