The military exercise launched by the United States and South Korea to intimidate North Korea is expected to be the largest war exercise of recent times. The US giant aircraft carrier ‘USS Ronald Reagan’ entered the country for the first time in four years this morning. On the other hand, recent intelligence reports show that North Korea is on the verge of conducting its seventh nuclear test. North Korean leader Kim Jong-Un’s recent warnings that he is ready to use nuclear weapons against South Korea reveal that the exercise will take place in a tense atmosphere.

USA and South Koreaof ‘North KoreaThe US aircraft carrier anchored in the port city of Busan for the military exercise with the ‘attack’ scenario ‘USS Ronald Reagan’ It was seen in South Korea for the first time in four years.

IT WILL INSPECT NORTH KOREA

Officials said the huge ship arrived in the country this morning and is standing by to join other military ships in the show of force, which plans to send a clear message to North Korea.

The ship’s arrival marks the largest-ever deployment of the US to demonstrate its ‘strategic presence’ in the region.

THE US COMMANDER SPOKEN ON THE SHIP, RESPONSE ANYTIME, ANYWHERE

Commander Michael Donnelly of the US Navy told reporters on board that the visit had been planned for a long time and was designed to increase relations with South Korean allies.

While answering the journalists’ question about North Korea, Donnelly stated that the joint US-South Korea exercise was conducted with the aim of enabling the allies to respond to threats anytime, anywhere. 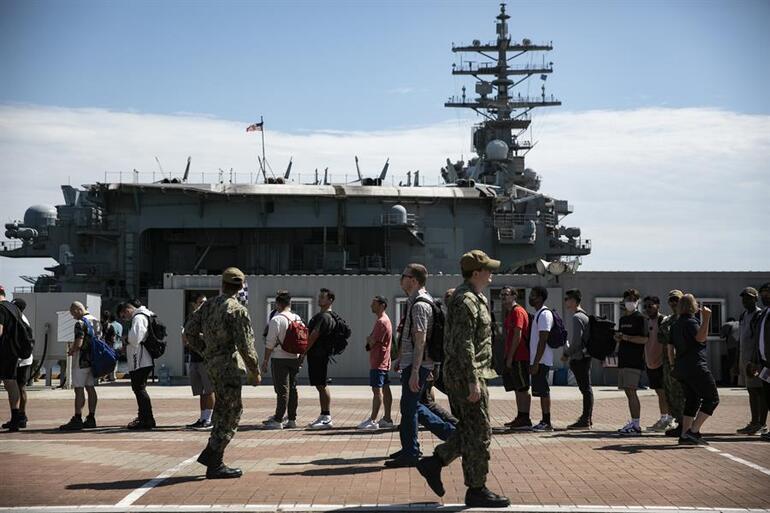 The exercise, which will be held by the two countries, is expected to be the largest war exercise of recent times.

This operational hub at the US-owned Osan Air Base is unique in that it is the only place in the world where two military forces work harmoniously to defend a single country. It’s a commitment made by the United States to South Korea after the Korean War ended almost 70 years ago without a peace treaty.

The air forces, ground armies, navies, space and cyber operations of the two countries are controlled in this single room. US President Joe Biden also emphasized the importance of this during his visit to South Korea in May. 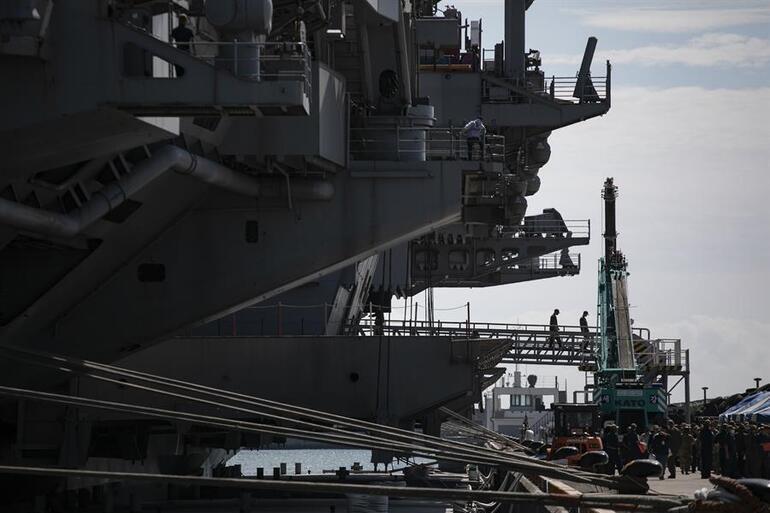 This week, for the first time in four years, the two armies will hold frontline exercises and test how they will respond to a possible North Korean attack. These previously routine exercises were canceled in 2018 as the United States and South Korea tried to persuade North Korea to denuclearize.

But after years of diplomatic stalemate and facing an increasingly aggressive North Korea, the two countries decided it was time to return to the exercises.

North Korea has launched more missiles this year than in a single year in the past, and the technology of the missiles has advanced. They seem to be becoming more capable of bypassing defense systems and locating their targets.

North Korea has persistently rejected calls by the US and South Korea to return to nuclear diplomacy. 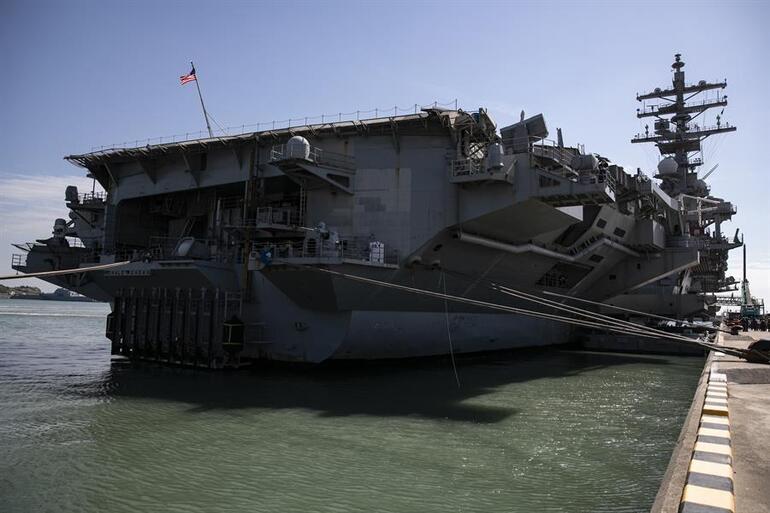 Meanwhile, intelligence shows that North Korea is on the verge of conducting its seventh nuclear test. This time, they could test a smaller, front-line nuclear weapon that could be used against South Korea in a possible conflict. Added to this are the warnings that North Korean leader Kim Jong-Un has made in recent days that he is ready to use nuclear weapons against South Korea. 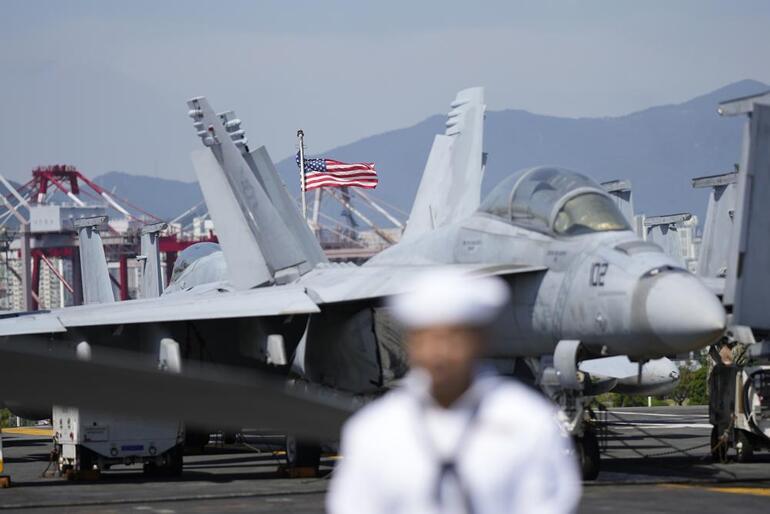 Taken together, Seoul appears to be more at risk, and defending South Korea’s capital is one of the scenarios in the exercise. Wargames will test not only how to repel a North Korean attack, but also how to respond to the enemy.class=”medianet-inline-adv”>

North Korea has denounced previous US military deployments and joint exercises as rehearsals for war and evidence of the hostile policies of Washington and Seoul, but has yet to comment on the latest exercise.