Deputy Chairman of the Central Referee Board Murat Ilgaz and TFF Referee Training Advisor Hugh Dallas evaluated the controversial positions of the week in the Super League.

The program, which is the new solution of the Turkish Football Federation (TFF) regarding the disputed referee decisions, has started broadcasting.

Deputy Chairman of the Central Arbitration Board Murat Ilgaz and TFF Referee Training Advisor Hugh Dallas discussed the referee’s decisions of the week at the broadcaster.

Hugh Dallas, regarding the position in the 85th minute of the Alanyaspor and Istanbulspor match, “As you can see, defender #7 clearly raises his foot too much and hits his opponent. The referee is extremely close and shows the penalty spot. The yellow card is also the right decision as this is a dangerous move.” used the phrases.

About Hugh Dallas Kristal Abazaj’s red card, “I was really surprised that the player approached the referee in this way. When you have a yellow card, you should be more careful not to get a second yellow card. I think the referee has no other choice here.” said. 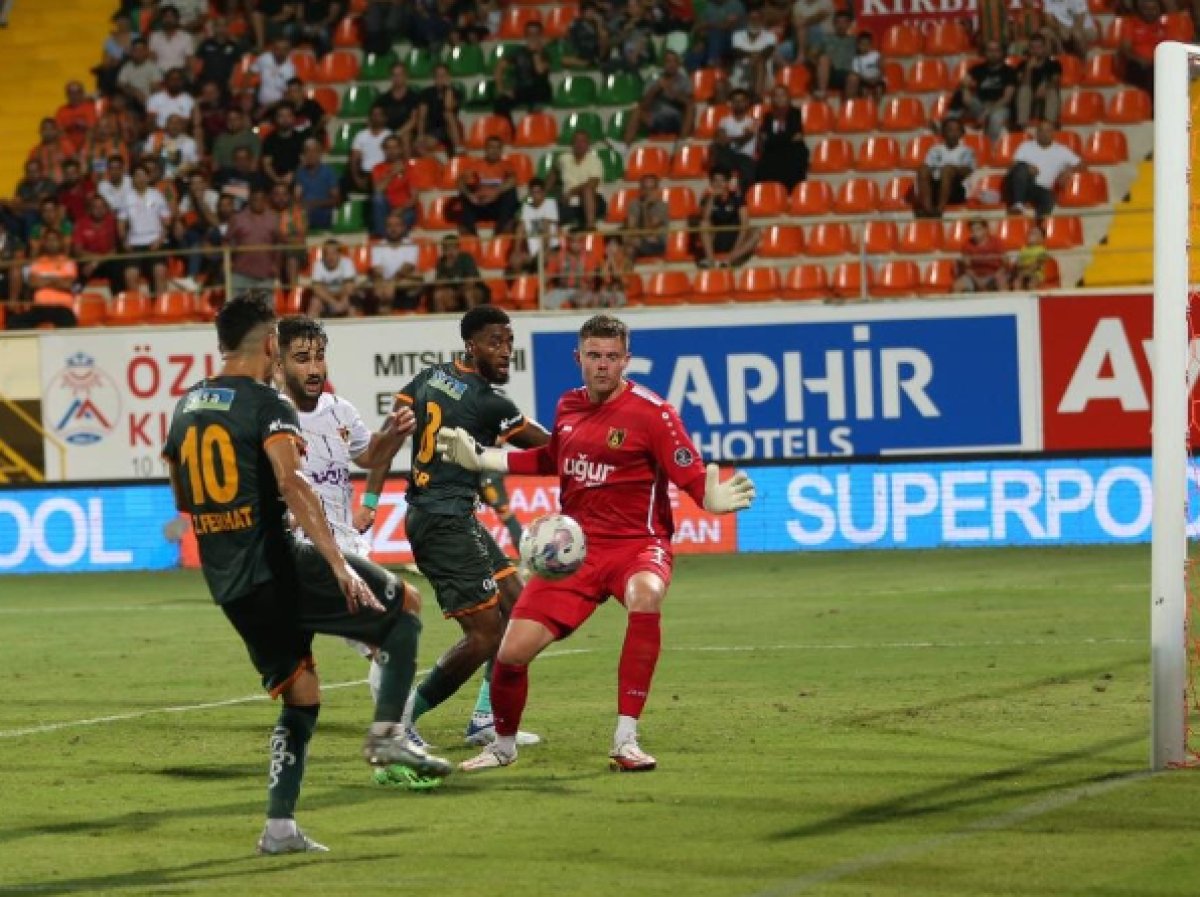 “There is harassment by the referee, it is a correct practice”

Murat Ilgaz about the same position, “Good practice, because of the referee’s harassment. We ask our referees not to show too much tolerance and show the second yellow card if necessary in order to protect the football and the referees.” used the phrases. 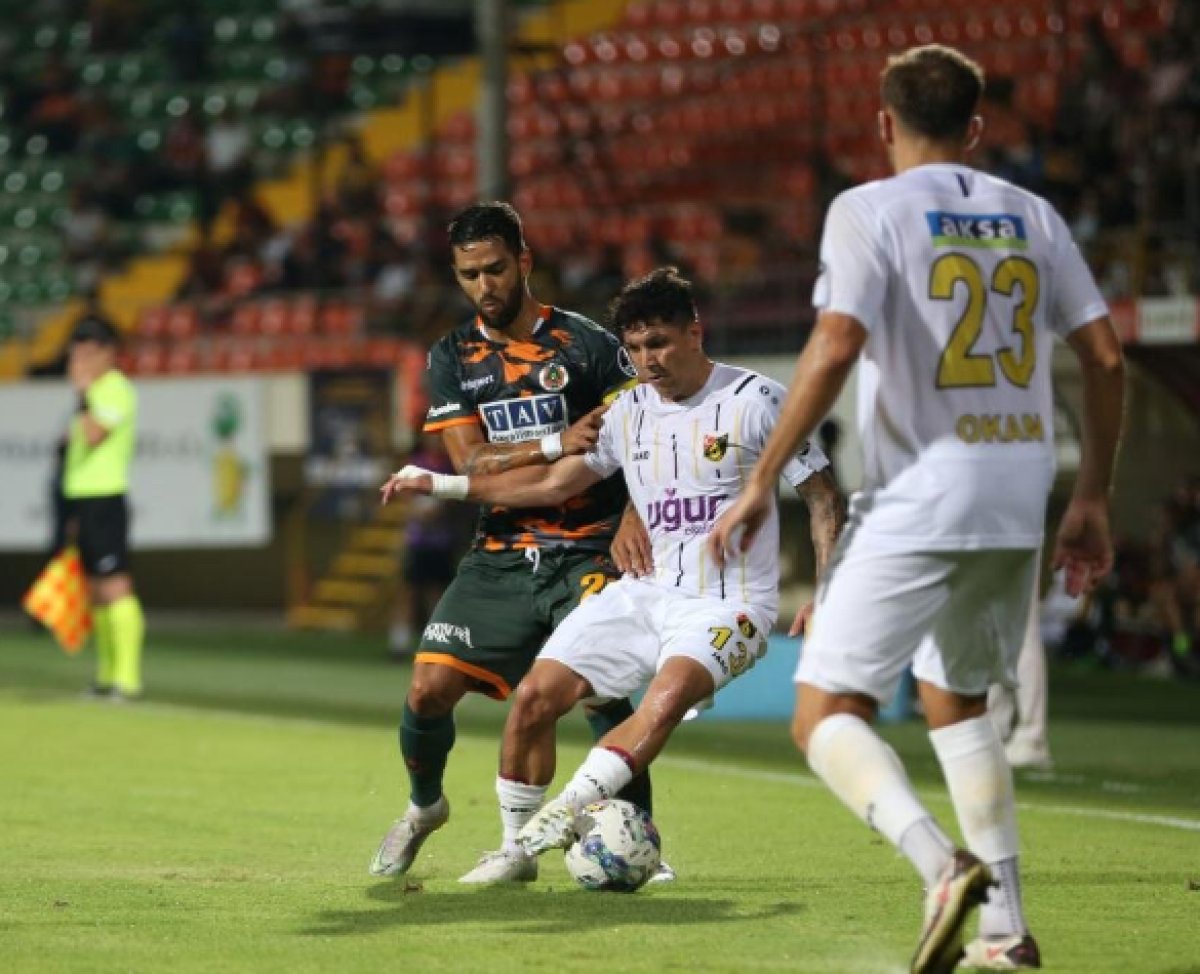 “Decisions about the hand are tough decisions”

Murat Ilgaz, about the penalty position in the 66th minute of the Alanyaspor – Istanbulspor match, “The most difficult decisions are about the hand. Concentrate on the natural state of the hand or arm we tell our referees. If there is a hand above the shoulder, this is an unnatural position. The remarkable thing here is that the ball bounces off the ground and then comes to an unnatural position. Also, with an extra movement, the ball Even if it bounced off his body, he should have been given a penalty. What we want to emphasize here is that if the player gets the ball after deliberately playing, if it comes into his hands unnaturally, there is no offense here, but if he gets it even if it bounces in any way, then there is a violation. In this case, the ball He bounces off the ground and bounces off his foot, and then comes to his unnatural arm. The referee should have awarded the penalty.” said. 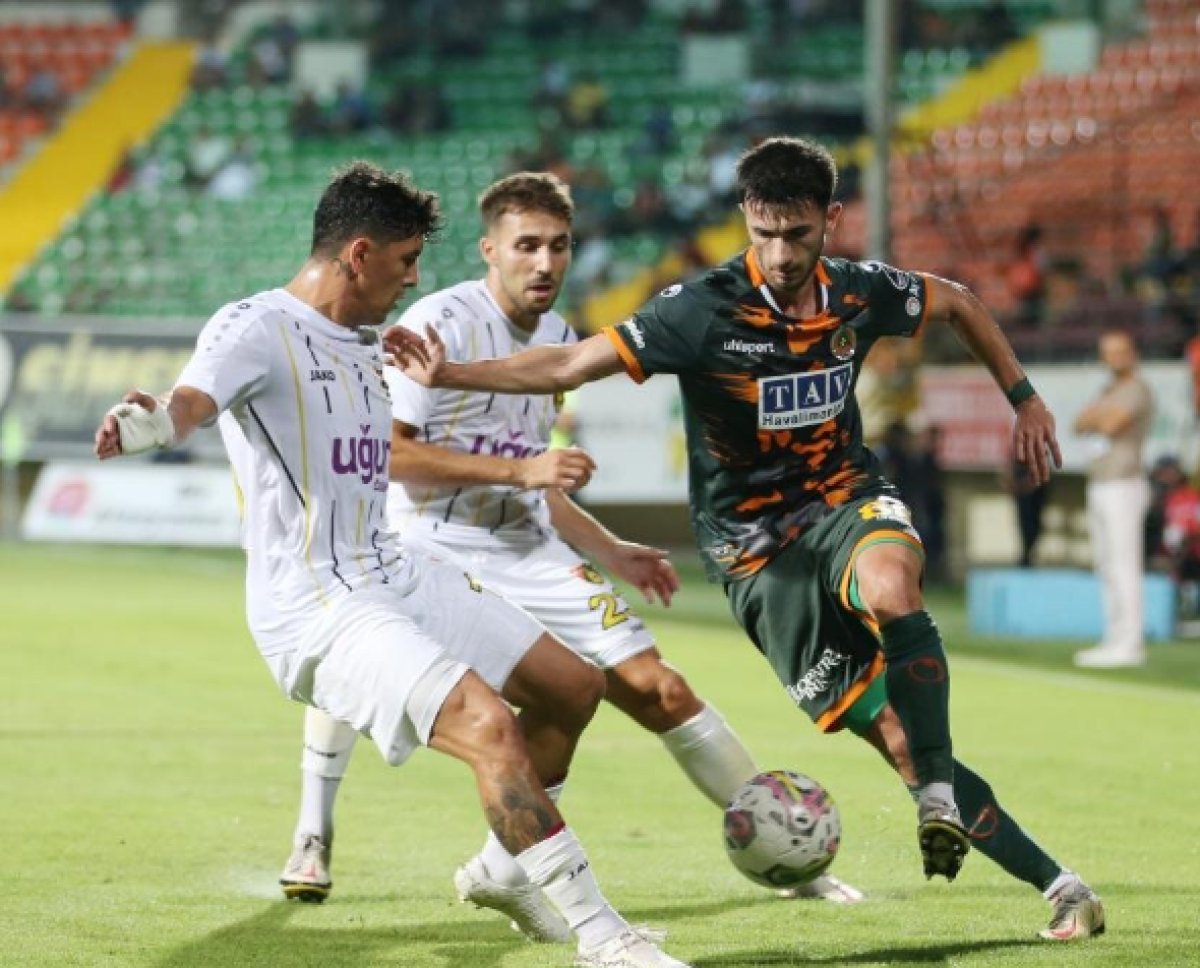 Hugh Dallas, for the same position, “We don’t want VAR to be involved in the game all the time in Turkey. That’s why the game stops a lot. Normally, when VAR calls the referee, he wants to say that there was a very clear mistake here. As Murat said here, it was extremely correct. The surprising thing here is that the referee’s original decision was made. was to decide it was right.” used the phrases. 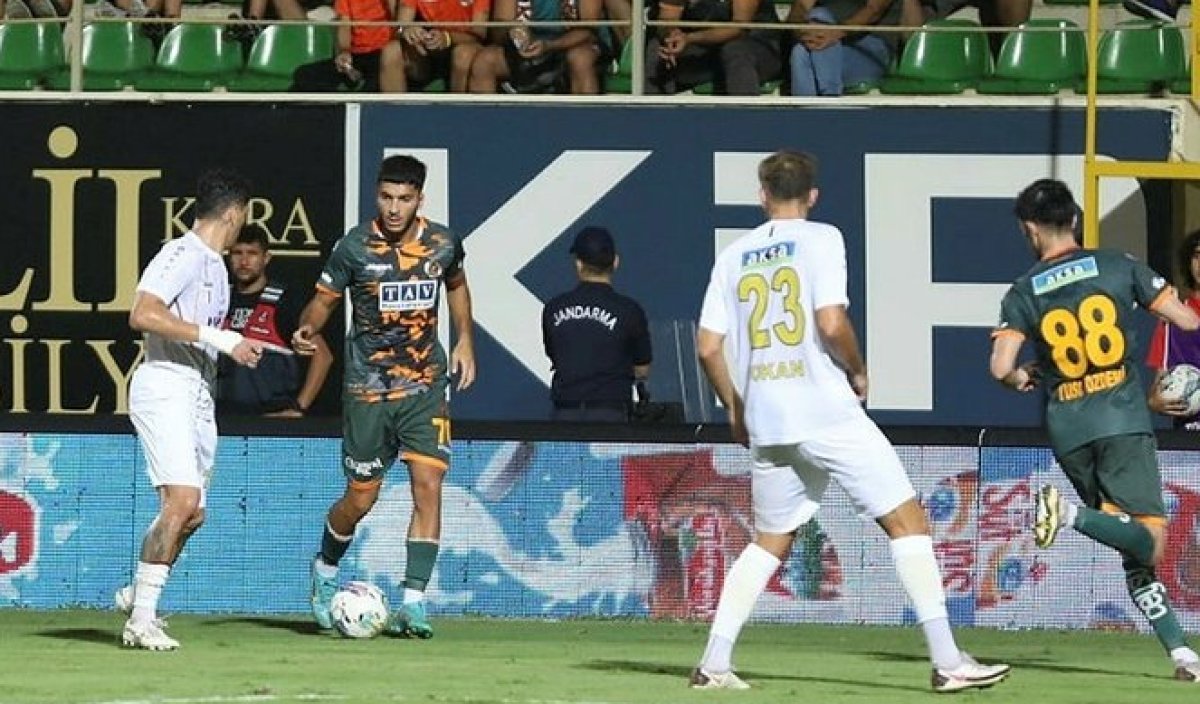 Hugh Dallas commented on the penalty in the Kayserispor – Giresunspor match, “When you look at this event, it was very clear on television. We couldn’t understand why the referee left, but when you start to analyze it, we see that the referee is in a static position. Here, the foot is really up in the air, VAR stepped in quickly. He asked the referee to watch it, the referee went to VAR, he saw the incident and He quickly showed the player a yellow card and showed the penalty spot.” gave his opinion. 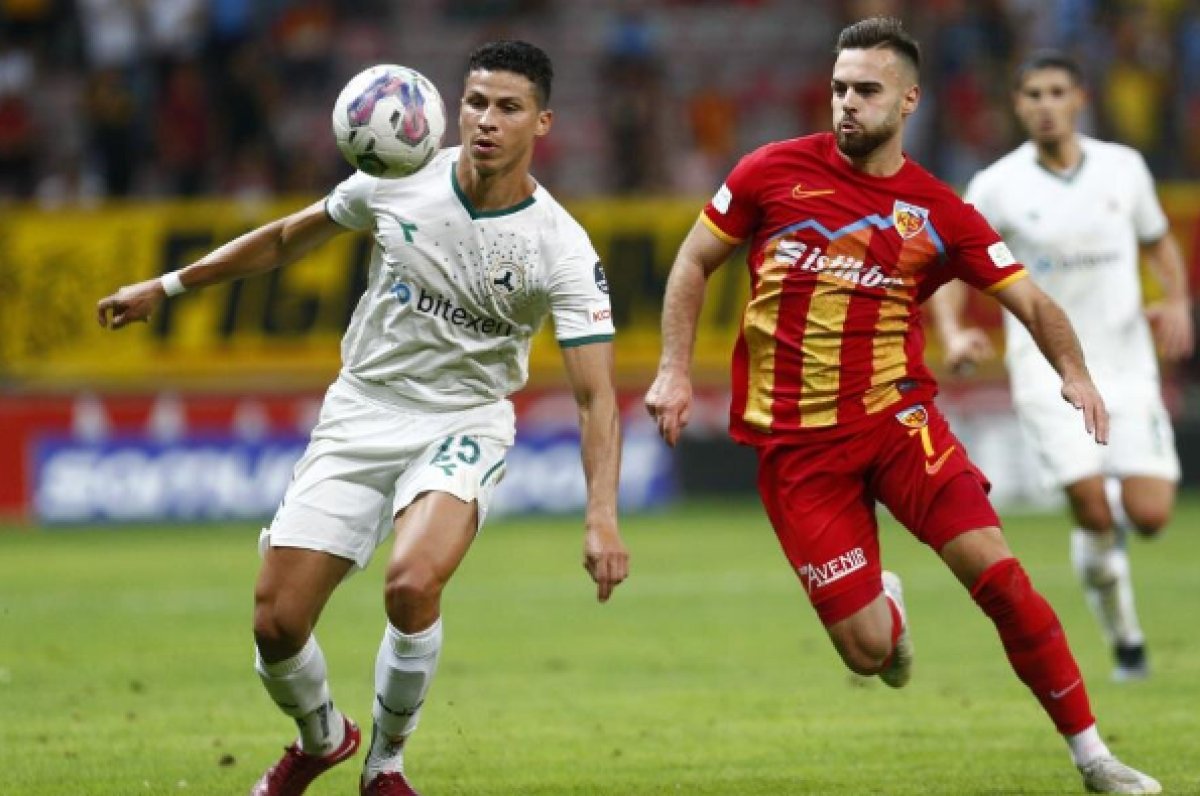 Murat Ilgaz, about Seferovic’s kick and penalty expectation in the 3rd minute of the Trabzonspor and Galatasaray match, “An unexpected ball from a very short distance. Moreover, it first touches the opponent’s body, and then it reaches his hand. The decision to continue is correct. However, in handplays, VAR referees do not look at the frozen picture. If we freeze the relevant picture, we will definitely see the hand contact in an exaggerated way. So, our instruction is to see if there is only contact in hand plays, then play normally after that.” commented. 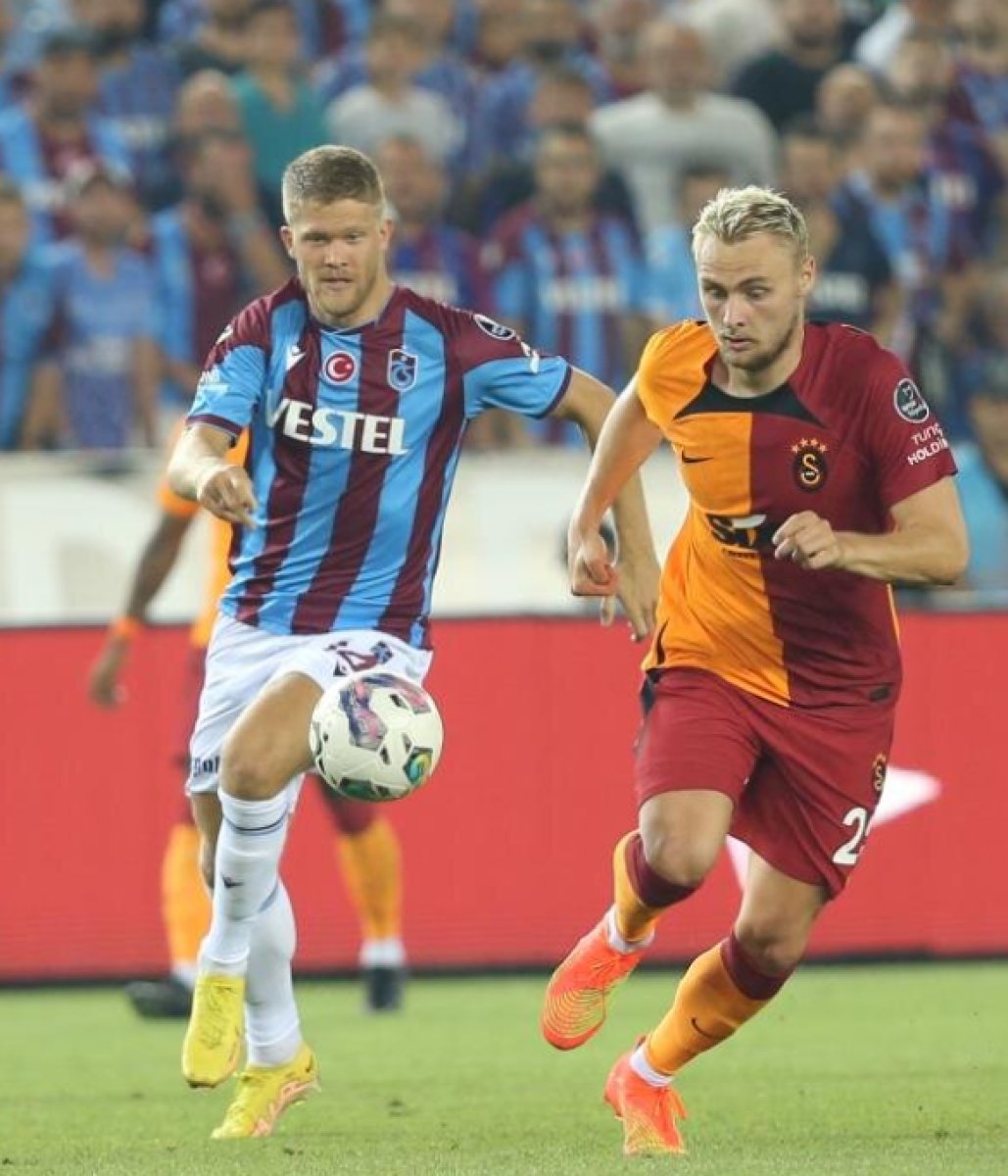 Hugh Dallas, for the same position “The ball comes from Galatasaray’s number 5 player and hits the arm of the player from Trabzonspor, it would be a heavy decision if a penalty was given. The referee made a very correct decision.” said. 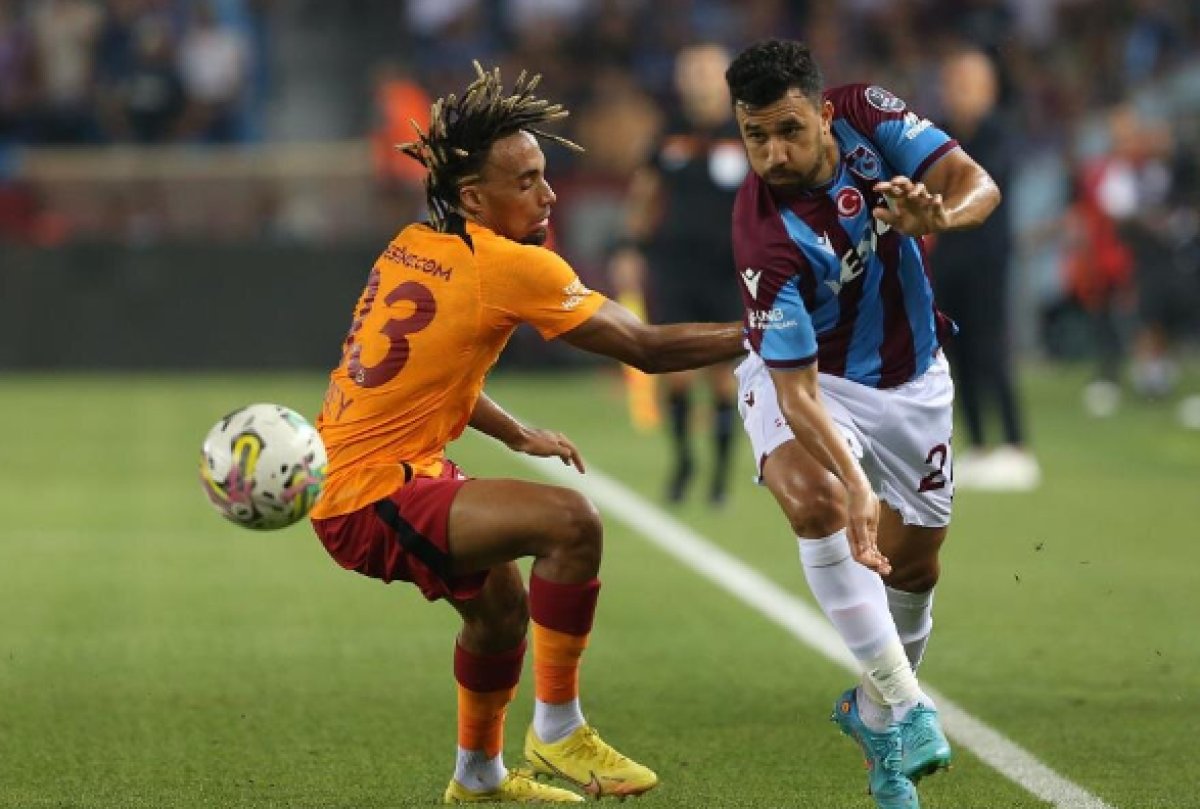 Is Yunus Akgün’s intervention against Eren Elmalı a yellow card?

Hugh Dallas: “When we watched it live, we couldn’t see anything, but when you look at it in super slow motion, we also see that he pulled the jersey. Ali Palabıyık is an experienced referee and I don’t think he would ever give a yellow card in such positions. Trabzonspor player felt that his jersey was pulled and stopped, but this does not require the Galatasaray player to receive a yellow card. The player from Trabzonspor could have continued. What we are trying to teach the referees is that we want the yellow cards to be reduced and the second yellow card should be very clear, I think this position is not a position that deserves a second yellow card.” said. 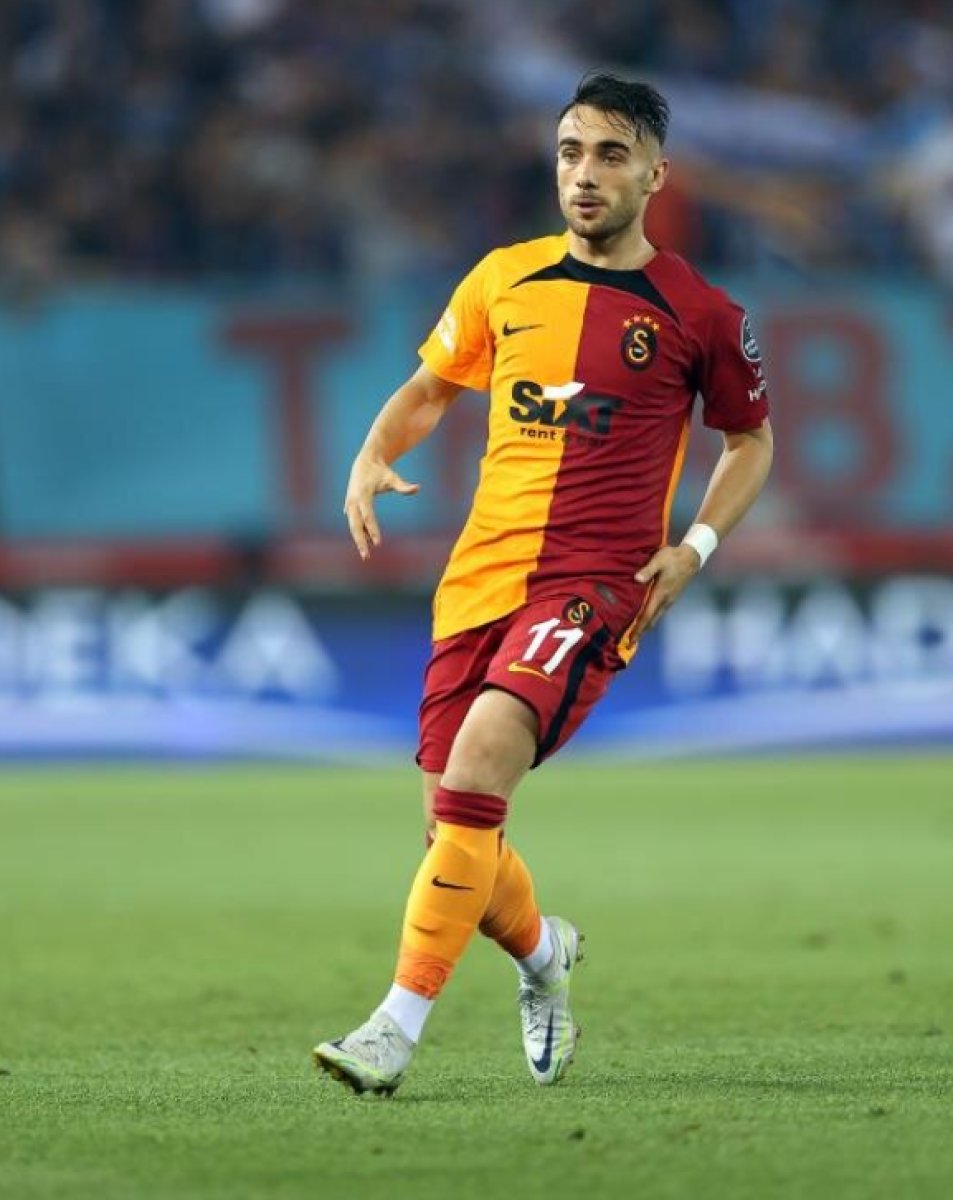 Hugh Dallas, for the position “Of course, it is normal for the players to object to such positions because the ball is in hand, but the referee is in a good position. His hands are in the normal position of the player in this type of position. There is no intentional move. It is definitely not a penalty, it is the right decision for the referee.” used the phrases. 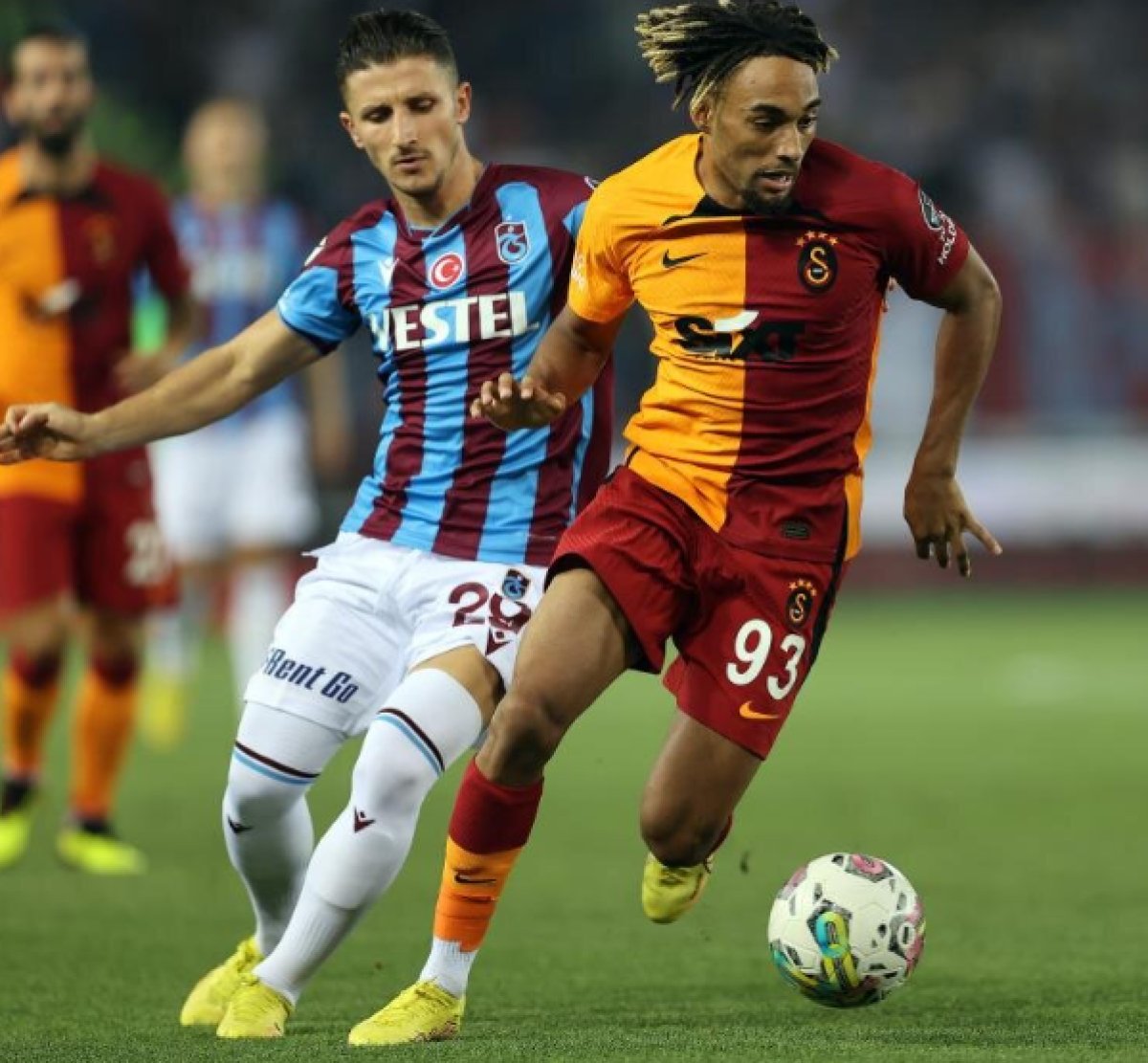 “We say run the match as if there is no VAR”

Murat Ilgaz, about Super League referees “We tell the referees to manage the match as if there is no VAR. Since this season, we have reduced the communication with VAR to the protocol level. Whatever the referee is going to play or do, he must do it as soon as possible. Since he knows that no help will come, he immediately helps the referee to make a decision.” said. 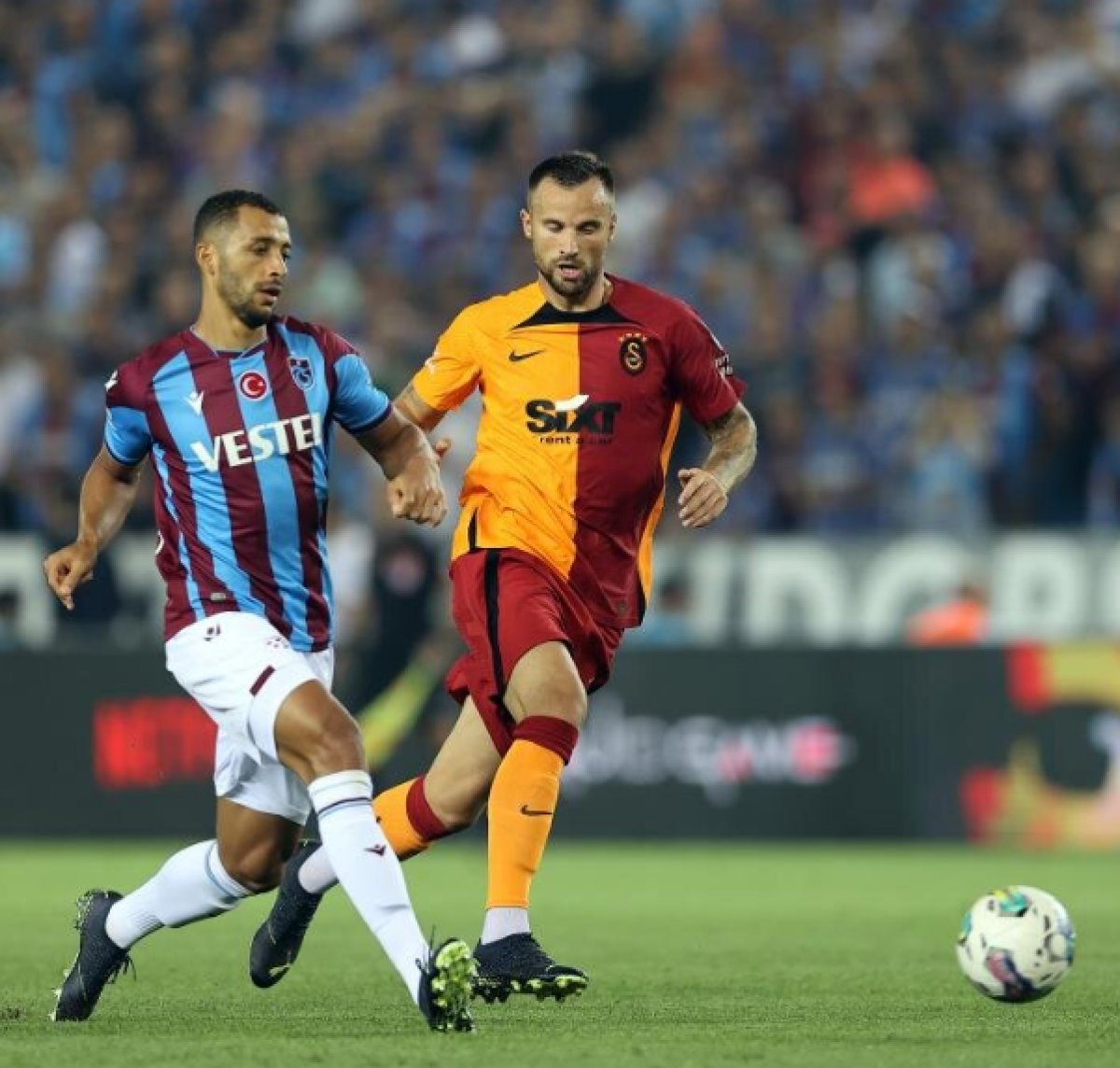 Commenting on the position of Enner Valencia, who received a red card in the Konyaspor – Fenerbahce match, Hugh Dallas said, “If you look at the referee, he notices something is up and he keeps looking at the same spot. One player may have pushed the other, but the other player’s reaction was fierce. He kicks his opponent, the red card is correct.” used the phrases. 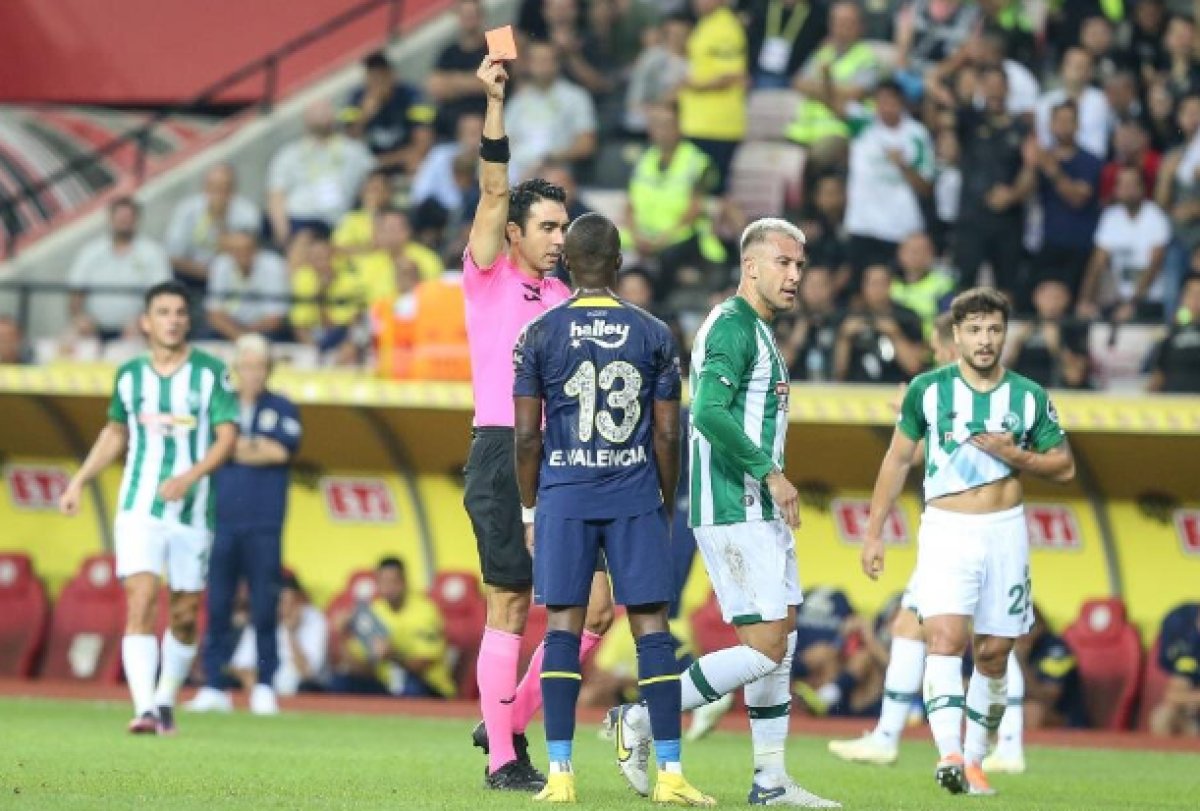 Murat Ilgaz for the red card decision, “Here, the referee foresaw that something could happen with his feelings. He felt what could happen there and he made that decision himself. There were 17 cameras, if there was an event that was overlooked, VAR would have detected it.” expressed his opinion. 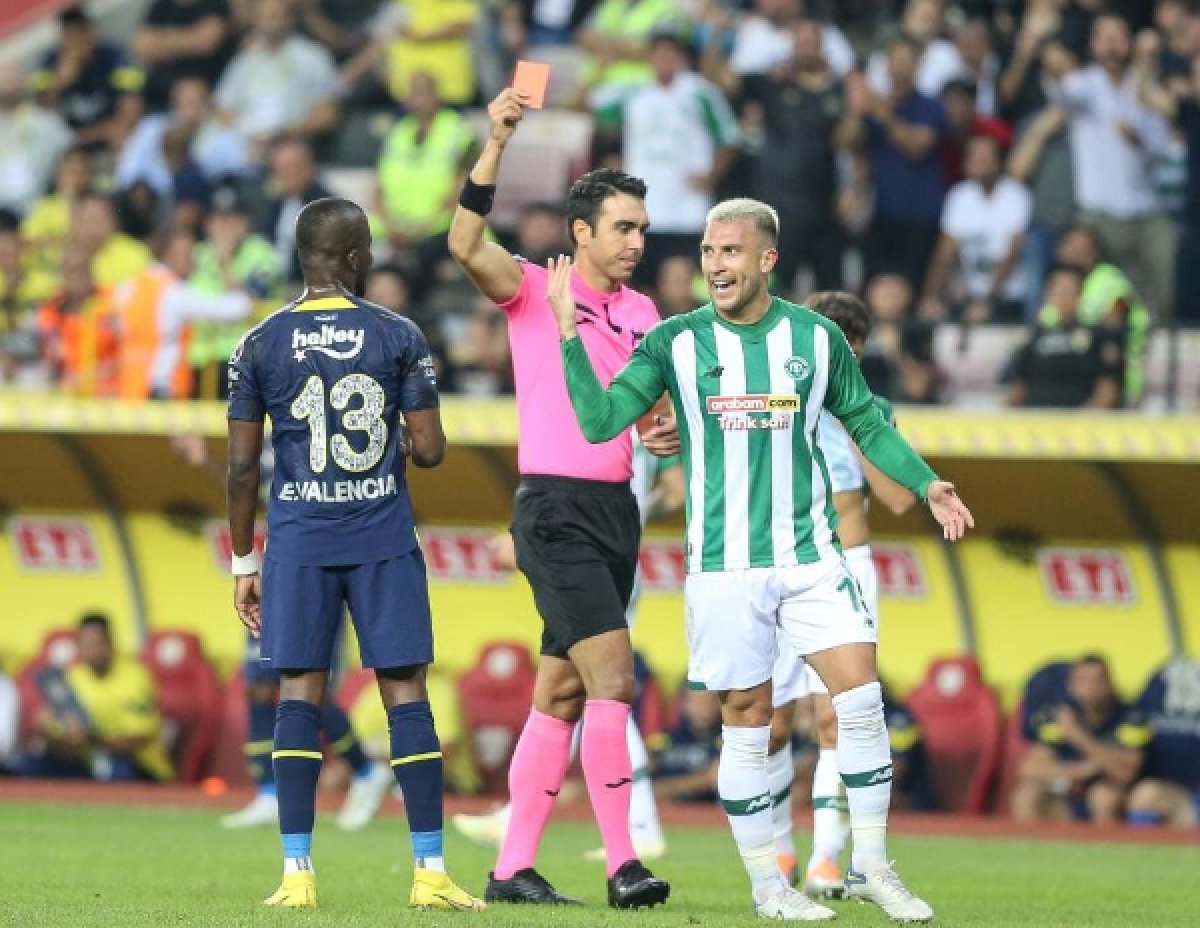