Famous comedian Cem Yılmaz, who was screened in Etiler the previous day, About Mehmet Ali Erbil himself “His last job ‘Erşan Kuneri’ disappointed me. He made a comedy based on blasphemy. This movie should get a red card from the public. I think our government should have intervened too. That’s not all… I was ashamed of these curses as a man. I was 18 years old, but still “Humor should not be based on blasphemy this much. Humor should be based on intelligence, and if it is based on blasphemy, this is the result… If Cem Yılmaz made me an offer for this job, I would not accept it. I would not want to take part in such a project.” responded to his comments.

The famous comedian, who was seen in Etiler, turned to the operator who received payment at the exit door of the hairdresser, said, “I don’t want such things again,” and burst out laughing.

Speaking about his new movie, Cem Yılmaz said, “We will start filming on the 23rd of October. That’s why I’m getting my hair ready for a small role.”

Making statements about his role in the movie, Yılmaz said, “It’s a small role… It’s a different job, it’s a psychological drama. There was the character of ‘Ayzek’ on the ferry, it’s an adventure… I have master friends from the theater world.”

“ALL OF US SHOULD THANK TARKAN”

Speaking about Tarkan, who gave a concert at the celebration held in Gündoğdu Square on the 100th anniversary of İzmir’s liberation from the enemy occupation, Cem Yılmaz said, “We all need to thank Tarkan. Tarkan did a wonderful thing. Everyone knows that it’s not about money. The important thing is. Bringing so many people together in such a beautiful thing… Tarkan always gives messages about unity and togetherness, but people still resist not understanding,” he said.

Cem Yılmaz responded to the criticisms of Mehmet Ali Erbil and said:

“It doesn’t matter. I’m not that sensitive. It’s okay, you can blame me”

“WHERE, WHAT IS NEEDED WE DO”

Cem Yılmaz, who went to listen to Melike Şahin at the Harbiye Open Air concert, said about the dance performance, “There was a very nice atmosphere. I participated. We would sulk and sit down, ‘Why is he sitting in such a fun place?’ “We do whatever it takes, wherever it is necessary. There are a lot of very successful young people, we need to participate,” he said. 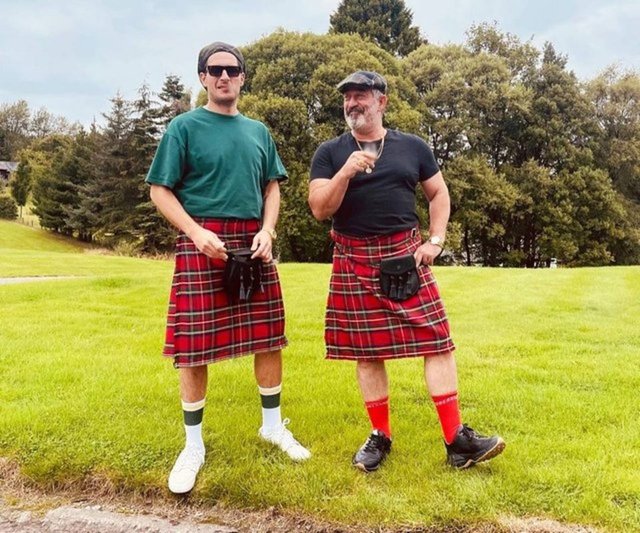 “THIS WORKS IF IT WAS WITH A SKIRT…”

The famous comedian, who posed with the kilt, the national dress of the country, during the Scottish holiday, told reporters, “Have you ever worn a skirt? Wouldn’t you?” posed the question.

Receiving the answer, “It might be a problem if we wear it here,” Yılmaz said, “If it were a skirt, this would work…” and laughed.