Turkey has been very active in the last two months.

While some say that the melting of the votes of the ruling party has increased due to polarization, others say that “The AK Party is recovering” made his claim.

Finding Research carried out a research that focused on this stormy period.

the head of the institution; researcher sociologist Semih Turan’s work is under the careful follow-up of many parties.

Because Bulgu’s questions always contain up-to-date and even popular content. It is important in terms of measuring the social reflex.

The fieldwork, which started on 15 August on the basis of the voting rates of the parties, was extended after Gülşen’s arrest and ended on 31 August.

1.800 people from 26 provinces voted in this poll. Moreover, with the computer-assisted phone call method, anxiety has been avoided.

There are also İstanbul, Ankara and İzmir among 26 provinces; In Bursa, Antalya, Diyarbakir, Adana, Konya and Trabzon…

The scope is very broad.

Let’s start with the media where the news is followed first.

Television still has a serious impact beyond perception.

The remaining proportions consist of those who do not follow, those who buy newspapers and those who say a small number of radios.

Let’s move on to serious matters.

To the respondents most important problem/frustrating issue has been asked.

A total of 81.6 percent of the economy seems to be an economic bloc, with 21.6 percent saying it’s a lack of livelihood.

Refugees are 6.5 percent and justice is 6 percent.

When asked about topics that make people happy, 70 percent “I am unhappy, there is nothing to make me happy” option featured. One of the important data on the mood of the society

Let’s expand on the subject a little more.

Can children and youth in Turkey look to the future with hope?

The overall appeal is quite remarkable.

68.4% of voters who voted for the AK Party in 2018 say that young people cannot look to the future with confidence.

Let’s move on to the economy.

Question: How do you think the country’s economy is?

The sum of those who say very good and good is only 12.9 percent.

The total of those who prefer bad and very bad options exceeds 70 percent.

We came to the refugees…

Findings Research asked if they were security threats.

47.7 percent of AK Party voters are of the same opinion.

Let’s get off the agenda. Gulsen’s arrest

Citizens were asked whether they found the arrest warrant correct…

Among the voters of the ruling party, the rate of those who say “It is not right to be arrested” is 26.3 percent.

We come to the most curious part.

“How would you define your political identity?” Let’s start with the question.

Socialist/Communist at a rate of 3.1 percent There are those who have a choice.

Next is that section.

“If there was an election this Sunday…”

The undecideds are distributed…

If you code the Nation Desk as the Nation Alliance, there is a total of 46.5 percent with the Saadet, DEVA and Future parties.

The People’s Alliance is 37.7 percent.

In questions about the YSK and election security “Insecurity” in the middle.

Below I share a few graphics that stand out from the results that I announced for the first time in the lines above. 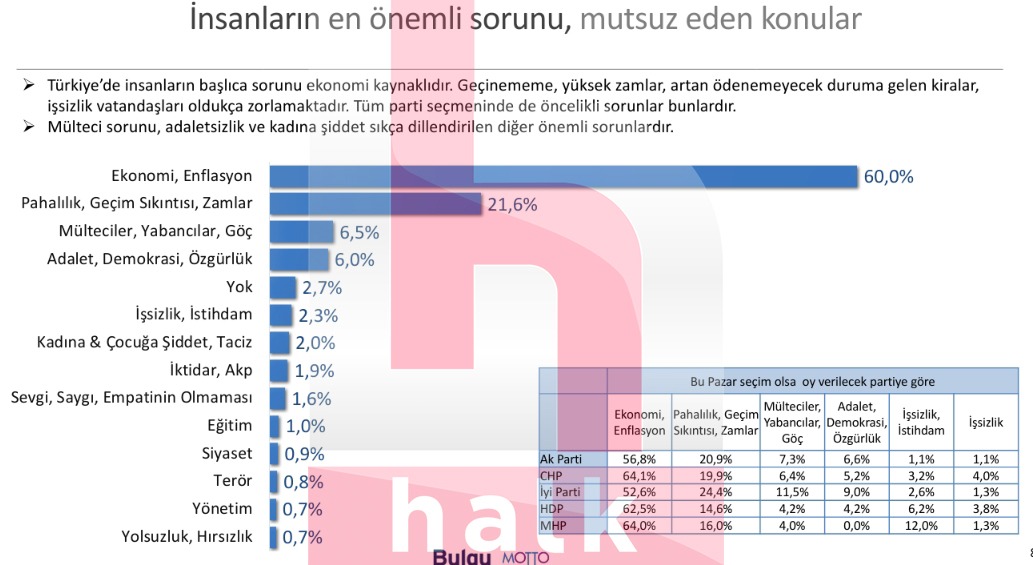 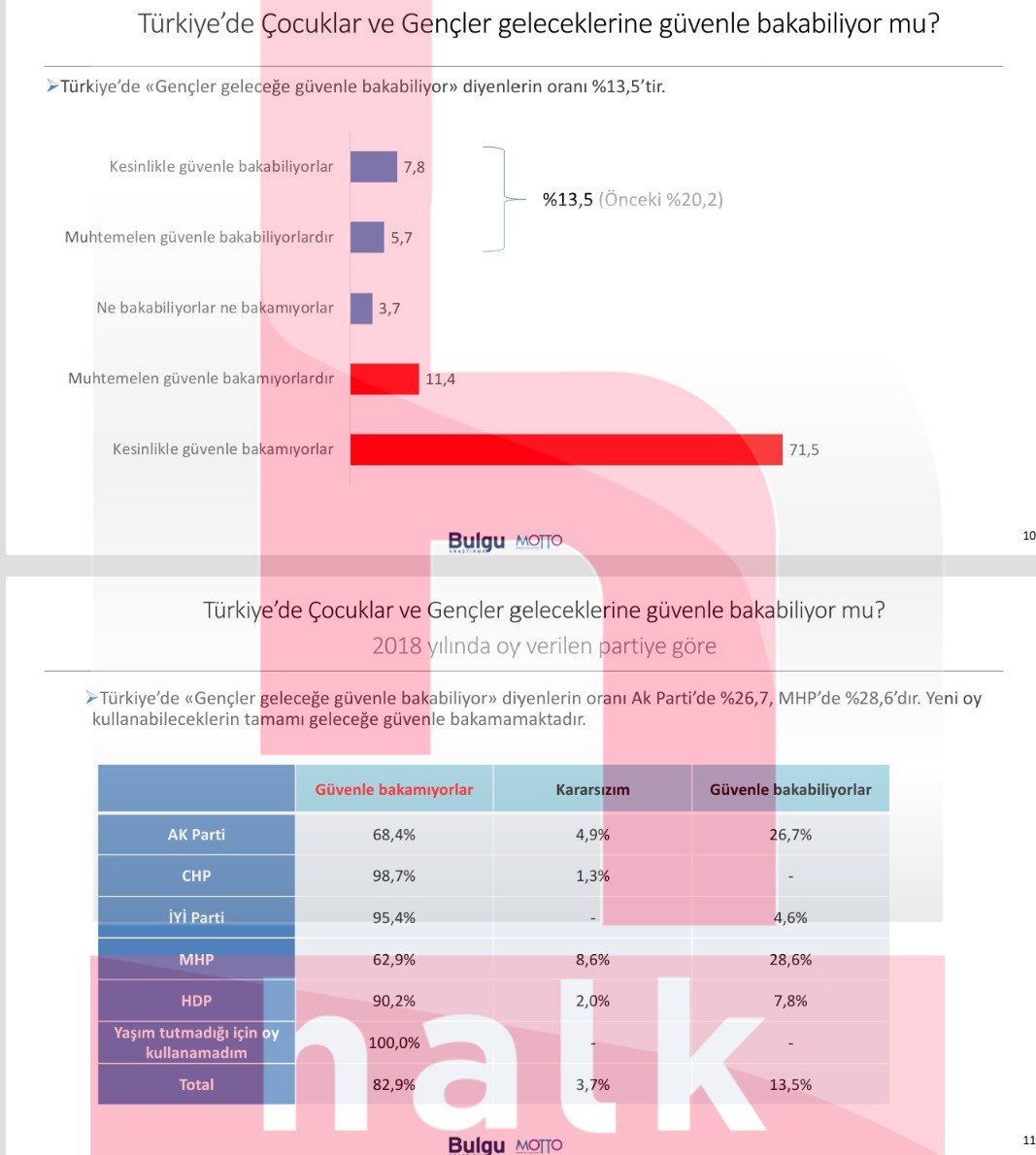 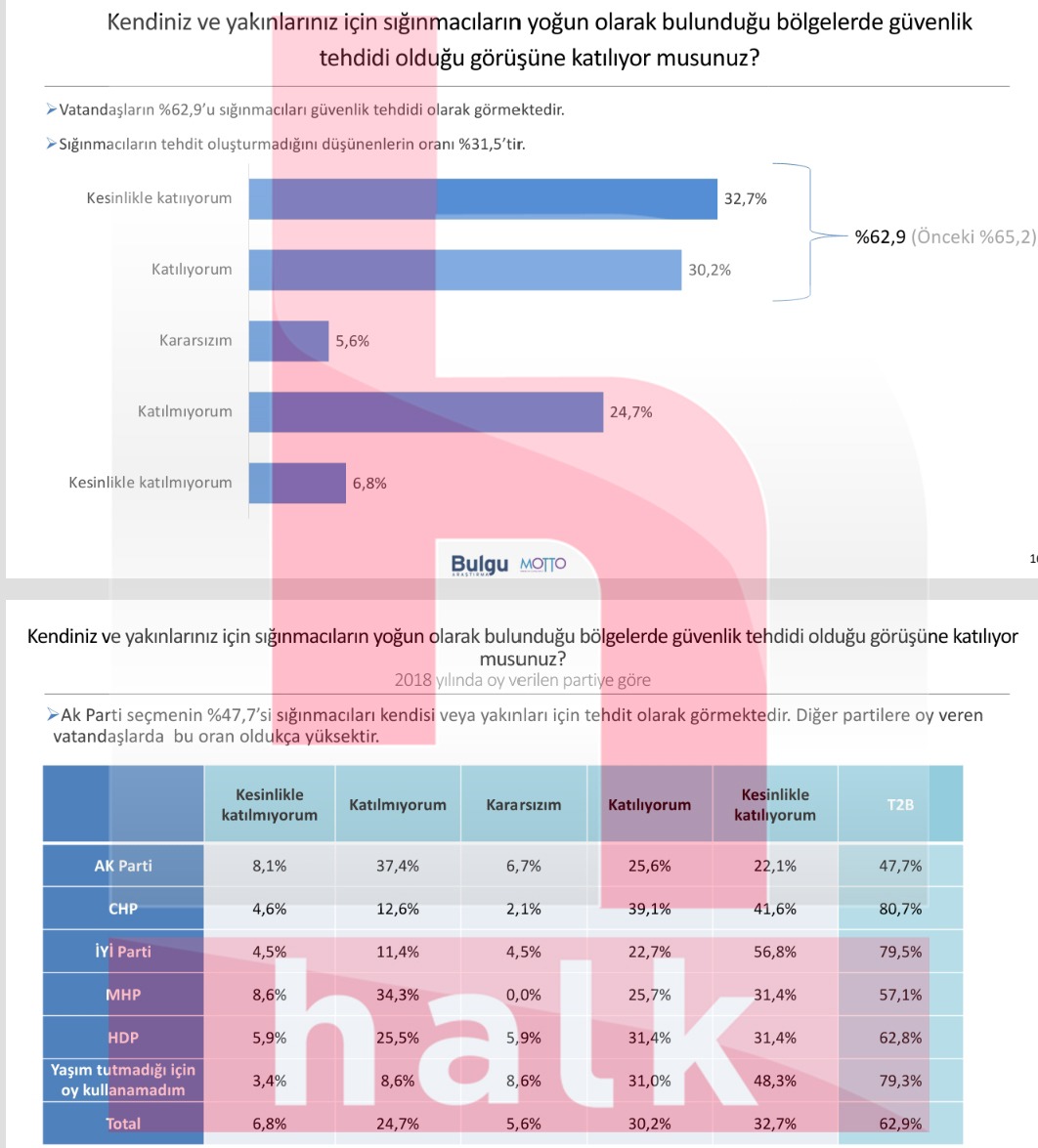 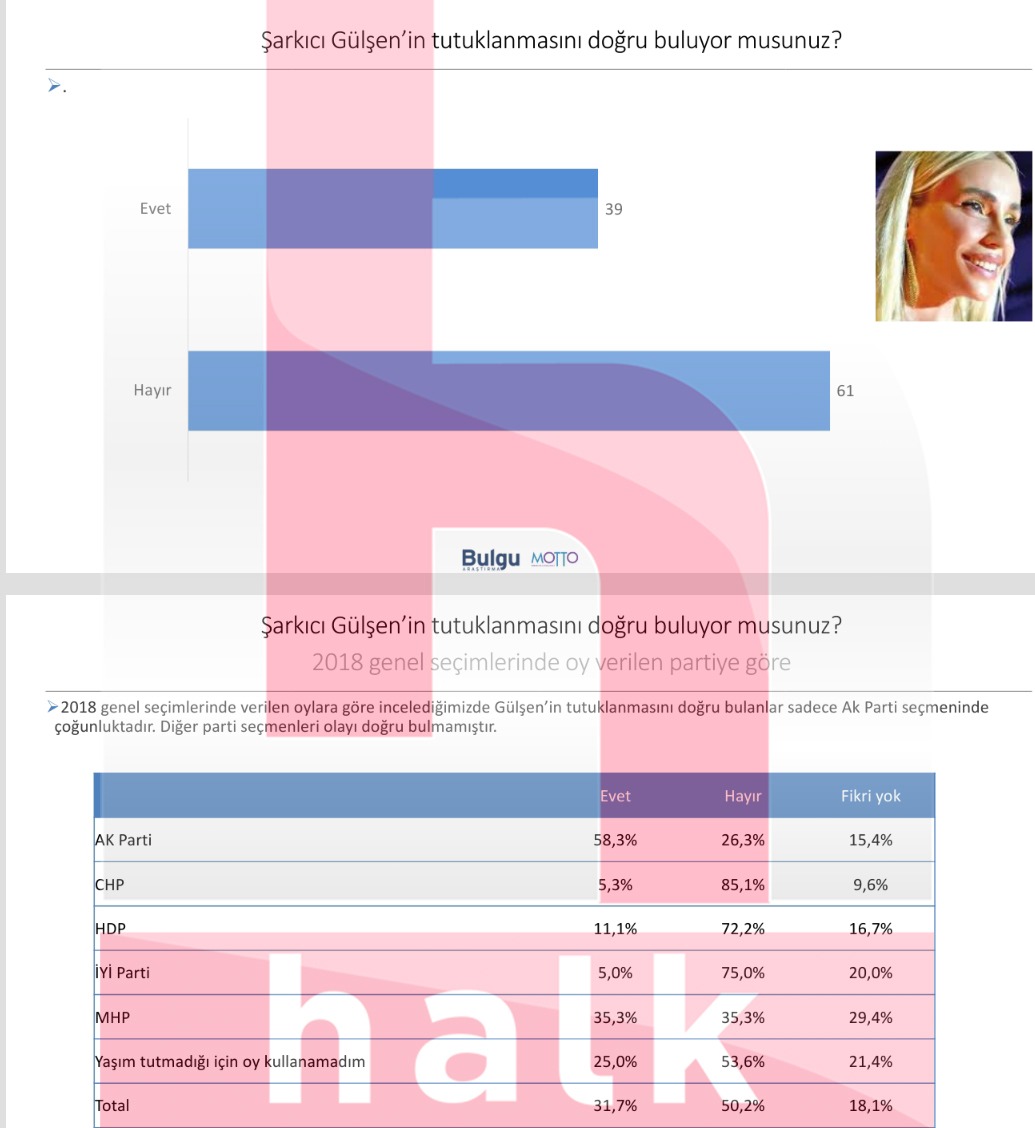 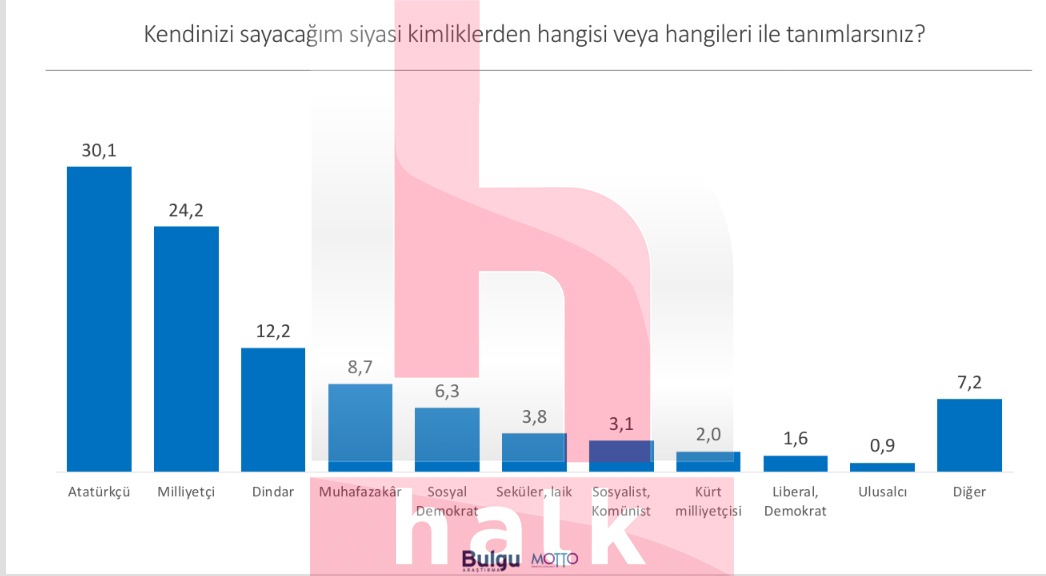 Note: During the day, Head of Findings Research Semih Turan will explain the results and analysis of this striking survey at the News Desk.