“It is recommended to give free plots of land in the Moscow region, Crimea and Sevastopol to the soldiers who have participated in a special military operation and received the state award for outstanding merit, who lost their lives in the conflicts and who became veterans in the conflict.”

According to this decision, it is foreseen that the Russian soldiers who fought and were successful in Ukraine and the families of the soldiers who died in the war will be provided with land from these 3 different regions, which they want within the scope of “social support”.

“BELARUS IS OUR FULL ALLIANCE”

Russian President Vladimir Putin visited Belarus. Putin, who met with Belarusian President Aleksandr Lukashenko in the capital Minsk, touched upon the economic and strategic relations between the two countries. Speaking at the meeting, which also included Russian and Belarusian delegations, Putin said, “In a meeting with the President (Aleksandr Lukashenko) in 2016, I said that our trade volume will reach $ 40 billion. This year, our trade volume is most likely 40 billion. dollar It will be on the border,” he said.

Pointing out that they carry out joint work with Belarus in many fields, Putin said, “Recently, we have given importance to security issues and cooperation in the international arena. We are generally pleased with the progress of our relations in this direction. Today, we wanted to see the results of the work of the government and some units, especially the economy, with Lukashenko. It is not a country with which we have good cooperation over the years, it is a true ally of ours,” he said.

“WE CAN SHIP ADDITIONAL GAS TO BELARUS”

Responding to Belarus’ demands for an increase in gas shipments from Russia, Putin reminded that a nuclear power plant was built in Belarus with the support of Russia, and said, “We are actively working in all areas. As Mr. President stated, in the energy sector, albeit to our own detriment. “We are building a nuclear power plant and a unit is working. We are ready to build new blocks to further develop this project. We are ready to negotiate and take action to move forward in this direction,” he said.

“BELARUS AND RUSSIA RESPONSE TO THREATS”

Belarusian President Lukashenko pointed out the problems they had with Western countries and said, “Belarus-Russia relations are developing as a reaction to the changing situation in the world. Despite some problems, I think we can still respond to pressure and threats. Thanks to joint steps, we have succeeded in overcoming the pressure of sanctions.”

Lukashenko stated that they will seek common ground with Russia to agree on gas prices. 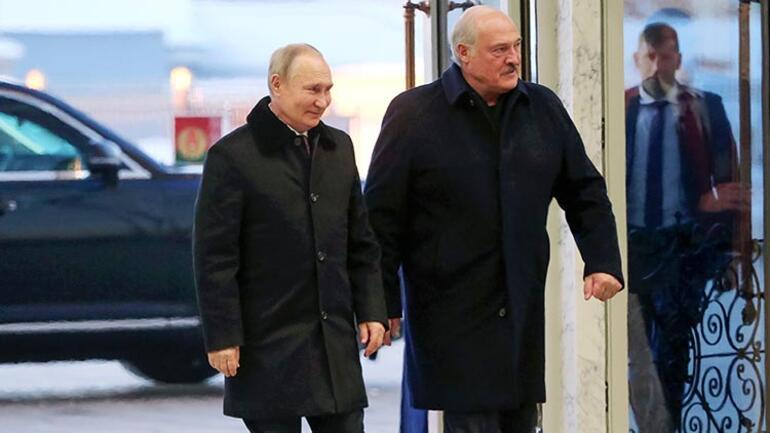 “THIS NEWS ARE STUPID AND FAKE NEWS”

BelarusIn the Russian delegation visiting Russia Due to the presence of Defense Minister Sergey Shoigu, many media outlets UkraineWhile comments were made that he would include the Balarusian army in his military operations in Turkey, Kremlin Spokesperson Dmitriy Peskov, who was in the delegation, denied these allegations. Criticizing the published news, Peskov said, “This news stupid and fake news. We have the most advanced integration regime with Belarus. Of course, no one is forcing each other. Everyone is taking the steps that best suit the interests of our peoples and our unity state. Considering the heated and turbulent situation in Russia and Belarus, military issues will also be on the agenda. President Lukashenko criticized this plan just last week. He said we were late in our plans to create a common gas market. But there are some nuances here. These will of course be on the agenda. In general, of course, Belarus has completely privileged conditions for natural gas,” he said.