To understand the update, it is important to understand why blockchain was used in the first place. Not being under the control of any authority, that is, being decentralized, is one of the most important ideals of crypto technology. The two largest blockchains bitcoin and EthereumThanks to a process called Proof of Work (PoW), it has been operating without any control mechanism for years. This process is carried out by ‘miners’ who confirm new and valid transactions by solving complex mathematical problems. But solving these puzzles requires a tremendous amount of energy, and miners are working day and night around the world.

For this reason, cryptocurrencies are often criticized for the energy they spend, especially by environmental groups. The update, scheduled for September 15 after years of delay, will drastically reduce the energy use of Ethereum, the second largest cryptocurrency, and make it much more environmentally friendly than Bitcoin, the most traded cryptocurrency.

SO MANY THINGS THAT FEEL IMPOSSIBLE WILL BE TRUE

The Merge What does update mean?

The update briefly refers to Ethereum’s transition from the ‘PoW’ mechanism to the ‘proof-of-stake (PoS)’ system. The expected change is said to reduce energy consumption by more than 99 percent.

The way the PoS mechanism works is to randomly select someone to add a new block to the network. Randomly selected individuals act as validators. These people are selected only among those who have a large amount of coins. After the block adding and verification processes are completed, they also receive their rewards in return.

Cryptocurrency Specialist Oytun Es said that the update means a radical change in the Ethereum algorithm, “In other words, instead of PoW, which is a type of mining with devices, there will be a transition to an algorithm where Ethereum holders can be validators.. In this respect, we are facing the most important update in Ethereum history.”

Cryptocurrency Specialist Burak Köse stated that The Merge update essentially means that two independent blockchains will be merged, “One of them is the beacon chain based on the PoS mechanism, and the other is the chain that currently operates based on the PoW mechanism of Ethereum. With this merger, Ethereum will fully adopt the PoS mechanism. . PoW, which also forms the basis of Bitcoin, is a system that requires energy. It is a system that Ethereum will switch to, while PoS does not need energy, and the production, verification, and addition of blocks in the blockchain are provided with tokens locked into the network by the participants, which we call validators.‘ he said, explaining what the update means for Ethereum:

“In fact, we can say that Ethereum opens the door to a world of great possibilities. If The Merge is successful, Ethereum will become a much more environmentally friendly, efficient and sustainable network. This update will also pave the way for the transaction capacity of Ethereum to increase tens of thousands of times. With future developments, it is aimed that Ethereum will be a blockchain capable of 100 thousand transactions per second. Of course, this is not something that can happen tomorrow, but Merge will be a big step towards this goal. This will make many things that seem impossible in the current situation come true.“

The researchers suggest that Ethereum’s carbon footprint alone is comparable to Finland’s entire energy use in any given year.

Is cryptocurrency mining becoming a thing of the past?

Oytun Es drew attention to an important point by saying, “The update will not make cryptocurrency mining history.” “There are still many altcoins being mined. With the update, on the Ethereum side, mining with devices will become a thing of the past.” said.

Cryptocurrency Specialist Bestenaz Süllü said:Old-fashioned mining will be a thing of the past, but miners with equipment will turn to mining other coins using the PoW consensus.” and added: “Until there are no PoW coins left.”

Underlining that the update will have a significant impact on Ethereum at this point, Köse said, “Currently, 13 thousand per day through mining. ETH comes to market. After Merge, this figure will decrease to 1600 ETH. This means that ETH inflation will decrease by close to 90 percent. In addition, an important factor that we call miner sales in Ethereum, which contributed to the decrease in prices, will be eliminated. ”.

With the update, the issuance of Ethereum as block rewards will also be significantly reduced. Currently, around 13,000 Ether is mined per day. After the update, this number will be around 1,600 Ether per day.

‘IF IT FAILS, IT AFFECTS PRICING NEGATIVELY’

What if the update is/is not successful?

The network’s developers have been regularly rehearsing the update for the past few months, trying to resolve any scenarios that could potentially derail or delay the update. The developers are constantly reassuring that the update will go exactly as planned. But there are also some risks associated with the upcoming Ethereum Merge, as it is the largest update to a cryptocurrency blockchain network to date.

Emphasizing that if the update is successful, an era will be closed and a new era will be opened for the whole Blockchain world, Köse said, “There are many blockchains that are already using the PoS system that will come with The Merge. However, this is the first time for a very large blockchain like Ethereum. If problems such as attacks are not encountered afterwards, we may experience a progress beyond what we envisaged for the better.

Es stated that he was confident that the operation would be successful and said, “Many trials of the update were made and it was completely successful. For this reason, I don’t even think it’s possible that it will fail. There may be minor changes in the calendar at most. However, if there is a problem with the transition, it will negatively affect Ethereum pricing.” said.

AN IMPORTANT STAGE FOR THE REALIZATION OF EXPECTATIONS

PRICES CAN PUT UP SHORT-TERM

How will the update affect the value of Ethereum?

Köse said, “There is an issue that needs to be taken into account first and foremost about The Merge. Currently, 13,000 ETH is released by mining on Ethereum every day. After Merge, this figure will decrease to 1600 ETH. Therefore, at today’s prices, the daily selling pressure of $ 20 million will be lifted from ETH. The inflation rate in ETH will fall close to 90 percent. This is expected to reflect positively on the ETH price, but short-term movements can be guided by manipulations. For example, an untrue rumor that will spread during or just after the Merge could adversely affect prices.”

Süllü said, “Since there will be no miners after the update, the supply shock may push prices up in the short term. However, my expectation is that Ethereum will increase in long-term, of course, cycles as it transitions to PoS, harmonizes its energy consumption with the environment and attracts the attention of institutions.” 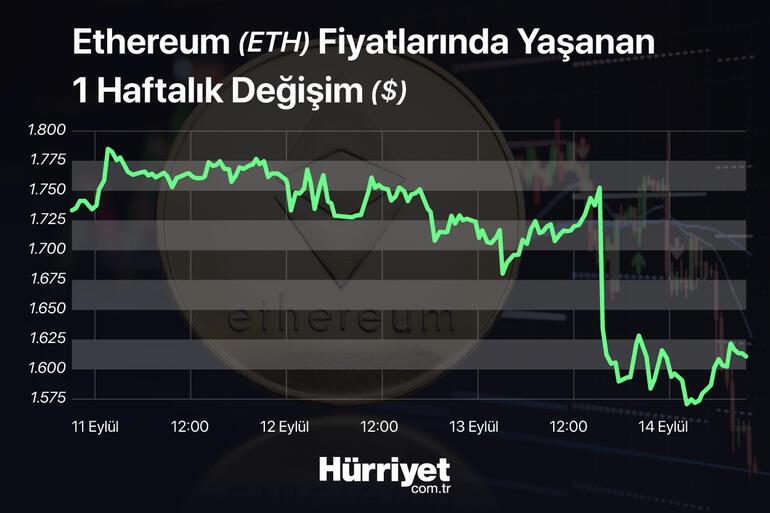 WILL THE CRYPTO MARKET DOPING?

What impact will it have on altcoins?

Süllü said that he expects Ethereum dominance to increase due to the rise of the coins processed in the Ethereum network due to the update.It may even have a chance to surpass Bitcoin in market cap soon. For nearly a year, crypto investors have not been smiling. The update will bring some vitality to the market but still needs clarity. There is no clarity on regulations yet. In the latest White House report, there is a proposal to ban old-style mining. Unless these clarity are present, we may see partial increases rather than records until 2024.” he said.

“It is possible that the update will have a positive impact on the pricing of projects running on the Ethereum blockchain,” said Köse.If Merge is successful, we should not expect this effect any time soon. Medium-term prospects would be more appropriate. On the other hand, we do not expect Merge to create an effect that we call the ‘altcoin bull’, such as the increase in the prices of almost all altcoins,” he said.

What should users do?

Users are wondering what they should do to protect their digital assets. Experts underline that it is necessary to be careful against scammers who promise swaps and offer updates. Because you don’t need to do anything with your funds or wallet before the update. Likewise, any funds held in your wallet prior to the update will be available afterward. No action is required to upgrade.