His name is Benito from Benito Juarez, leader of the popular uprising in Mexico,

Her Andrea is also descended from Andrea Costa, a regional socialist leader in Italy.

So Benito Almicare Andrea is a complete socialist mix.

Someone who started his life with this name was involved in the socialist movement in his youth, carrying a medallion with the face of Karl Marx in his pocket, participating in the street clashes to protest the Tripoli War against the Ottoman Empire, escaping to Switzerland to avoid military service, and participating in the union struggle when he returned to his country. It is not surprising, of course, that he became the editor-in-chief of the newspaper Avanti, the publication organ of the Italian Socialist Party.

This information, which is not surprising for the name Benito Amilcare Andrea, suddenly becomes different when the surname Mussolini is added. It’s a strange life story for a fascist dictator we remember since the election results in Italy, but it doesn’t hurt to know.

Today, there is a flame symbol in the colors of the Italian flag on Mussoli’s tomb.

The same symbol is also on the emblem of the Brothers of Italy party, which came first in the elections in Italy.

The Brothers of Italy party operates at number 39, Via della Scrofa Street.

This address has always been the address of fascist parties after 1946. First the MSI movement, then the National Alliance, now the Italian Brotherhood Party.
“God, Fatherland, Family” is the most well-known fascist slogan in Italy, the same slogan was used in this election as well.

Giorgia Meloni, who is preparing to become the first female prime minister of Italy, must have found so many fascist symbols that she banned her party from using the Roman salute, which resembles the “Hitler salute”, some time before the elections. But this fascist make-up faded quickly.

When the social media messages of Calogero Pisano, a parliamentary candidate in Agrigento, Sicily, praising Hitler, appeared, Meloni removed this name from the party, but the result did not change. Pisano won the ballot box and another Hitler fan got a seat in the Italian parliament.

It can be said that in every country, such extreme types can win elections in some places. That’s not exactly what’s happening in Italy.

Isabella Rauti, daughter of the founder of MSI, a former neo-fascist party founded by supporters of Mussolini, ran in the same constituency as Emanuele Fiano, a survivor of the Auschwitz camp where Hitler committed crimes against humanity and the son of writer Nedo Fiano. Rauti, the daughter of the fascist, won the election.

The result of the ballot box should of course be met with respect, but the fact that a fascist party, which had 4 percent of the vote in the previous election, came out first in the ballot box today should not be read as its own success.

We first heard of Giorgia Meloni in 2008, when Berlusconi became Minister of Youth in one of his cabinets.

Many looked at this assignment as “Funny Berlusconi gave a ministry to a blonde.”

Actually, this male-dominated and crippled view was problematic back then. Born in 1977 in a poor working-class neighborhood and raised by her mother, Meloni has been in the fascist movement since she was 15. He rose from the youth branches and always defended fascism. Today, Meloni says, she is not against fascism, but against the leader cult of fascism. Disciplining public finances is the biggest economic promise, apart from that, it seems inevitable that it will clash with Brussels against immigrants, LGBT rights, monetary policy and agreements that transfer sovereignty to the EU. Brussels’ only weapon against Meloni is currently hundreds of billions of euros in aid for the pandemic period. Let me open a parenthesis here. In the 1990s, the far-right Austrian did not allow Heider to be a government partner, talked about suspending Austria’s membership, and Brussels achieved its goal. It is a good development that they have learned to respect the election results.

Poland and Hungary, where conservative-nationalist governments are in power, were very happy with the election results in Italy.

Germany is the most upset country, followed by France. The congratulatory message of the US Secretary of State, in which he put support for Ukraine as the first item for common values, was also meaningful.

Moscow is happy with the result, as former Prime Minister Berlusconi, who is 85 years old and defends Putin, will also be in the coalition. In the meantime, they say that the rooster dies and his eyes stay in the garbage, Berlusconi from Momza and his 32-year-old girlfriend Marta Fascina from Sicily also won the right to enter the parliament.

It will be good for us if Berlusconi is in the coalition, because he is someone who has defended the blockade of Libya. It is known that Meloni does not like Turkey very much, and another job as important as Italy and Libya is our joint missile production project.

The thousands of kilometers between us and Italy should not comfort us. Fascism affects not only the geography where it came to power, but also every geography.

The biggest risk posed by this far-right cabinet in Italy is that it will become a role model for other fascist movements in Europe. Here, while Germany is crying, the AfD, the party of the fascists in Germany, is ringing and playing.

We know that the winter season, which will be difficult and expensive in Europe, will also benefit all fascist parties.

In conclusion, it is important where this election result, which most of us think is the work of the EU or just Italy, will lead Turkey-Italy relations. We need to follow this Neo-Nazi-rooted movement closely.

Karakoy, 1915: Karaköy Police Station in all its glory at a time when most of the police stations in Istanbul were wooden.

Maiden’s Tower, 1935: A shot from Salacak. You can see the void of the Bosphorus, you can realize that the Marmara lived in those times. 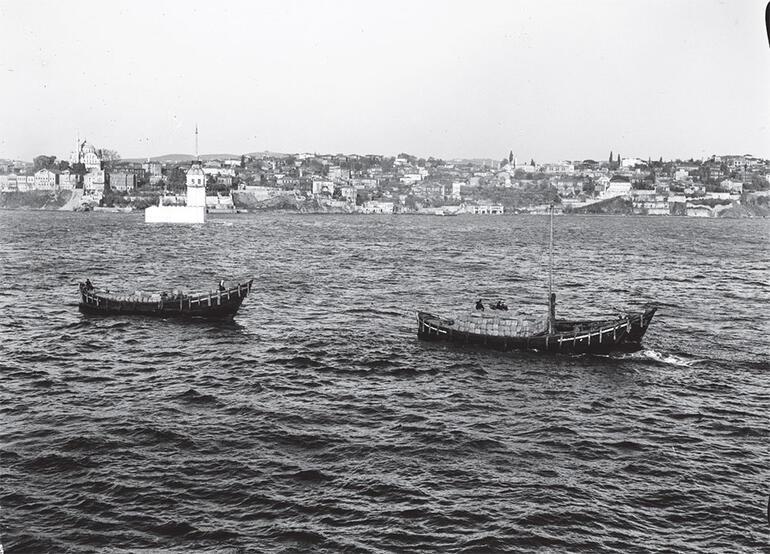 Fashion, 1960s: The beaches were full of boats, most of which were made by the masters in Ayvansaray. Now there are no boats, there are million euro boats, but we are far from the sea. 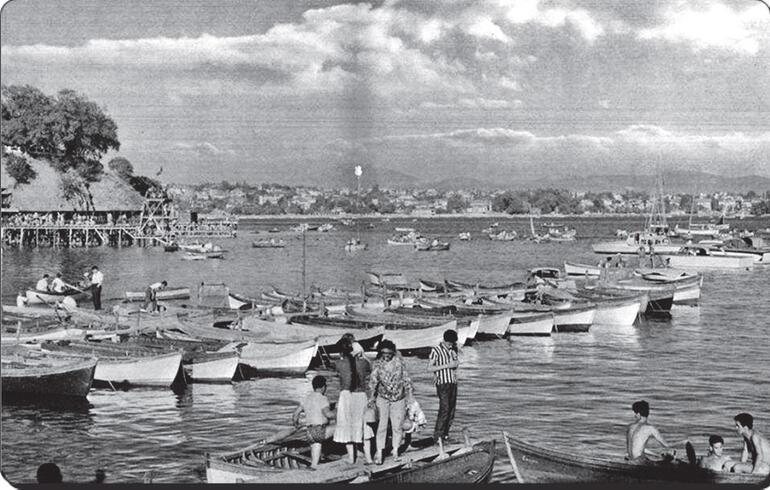 photo of the week

Here we come to the photos of the couples who said goodbye in front of the train in Ukraine, and those who were called up for military service with partial mobilization in Russia, in front of the bus. People who experience the same pain, the same fear, the same separation will shoot each other at the front. A farewell memory frame from Crimea makes you think about this…