The elections held in Italy yesterday have come to an end. After the big difference in the exit polls, the Democratic Party conceded defeat. The far-right and populist Meloni, who was also favored before the election, became Italy’s first female prime minister. Here are the first post-election statements of the country’s first female prime minister, giving the message ‘This Italy ends on Sunday’ before the election.

Italy’s new prime minister has been announced. The far-right and populist Meloni, who was favored before the election, became Italy’s first female prime minister.

In the ballot box exit polls transmitted by Italy’s official channel RAI; It was stated that while the Brothers of Italy party, led by Meloni, gathered 22 to 26 percent of the vote, the alliance right front received 41 to 45 percent of the total votes.

According to the news in SKY News, the Democratic Party admitted defeat after a big difference in the exit polls.

Stating that the Italian voters gave a clear authority to the right to form the next government, Meloni made the following statements in his statement;

‘If we are asked to rule this nation, we will do it for all Italians in order to unite the people, to glorify those who unite not those who divide them. We will not betray your trust.’

According to unofficial results, with Meloni as prime minister, Italy won the Second World He will have shifted to the far right line for the first time since his war. 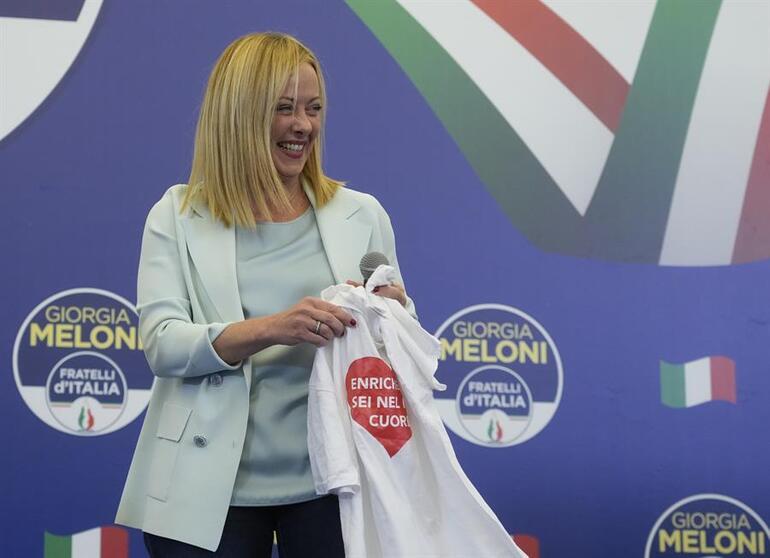 Trying to give messages that will not frighten the international community, especially the EU, Meloni continues to use the torch in the colors of the Italian flag, the emblem of the Italian Social Movement (MSI), which was founded in 1946 on the ashes of the Mussolini regime, as the symbol of FDI.

Meloni, who draws attention with her statements that reduces democracy to just voting at the ballot box, firmly defends the traditional family structure and Christian roots.

Meloni, who proposes a naval blockade on Libya to prevent immigration, is also against abortion.

Anti-Islamism is one of Meloni’s salient features. Blaming the left parties for drug dealers, thieves, rapists and the mafia in the country, Meloni gave the message, ‘This Italy ends on Sunday’.

Those who change the date of birth of the child for the horoscope! How do doctors react?

One sends a message to London, the opposite to Athens

Tensions between the USA and Saudi Arabia: Don’t threaten