According to the results of the Turkey-based genetics project, 1 out of every 5 Europeans has Anatolian roots genetically.

Anthropologist Assoc. Dr. The results of the ‘Anatolian Ancient DNA’ project, including Songül Alpaslan-Roodenberg, were published in 3 articles on 25 and 26 August in Science, one of the world’s respected scientific journals. According to the results of the research, an important finding known to archaeologists until today, but proven for the first time in terms of genetics; It was the result that the Van-centered Urartian civilization in Eastern Anatolia originated in the Levant and Anatolia.

Turkish scientist Alpaslan-Roodenberg, who is part of the scientific team of the David Reich Laboratory in the Harvard Genetics Department, and who works as co-chairman with the head of the laboratory, David Reich, in the Turkey section of the project, which personally carries out anthropological and genetic studies in Turkey and some Balkan countries, said, “Ancient DNA in Turkey. He said the very important and far-reaching results of his project have been published in Science. Alpaslan-Roodenberg and the other lead author of the article, which has two lead authors, are Harvard University Computer Engineer Geneticist Dr. Losif Lazaridis, and two other important authors, Head of the Department of Anthropology at the University of Vienna, Prof. Ron Pinhasi and Harvard Laboratory Head Prof. It was David Reich. In addition to the 4 responsible authors, over 200 anthropologists, museologists and geneticists also contributed significantly to the article.

Based on Ilipinar Mound

“One of the research objectives of this project, in which the Ilıpınar Höyük, named after a spring in the region, and several Neolithic mounds in the region were excavated during the excavations that continued from the late 80s to the early 2000s, is the similarity of Roodenberg’s Marmara Region cultures with the Balkan cultures of the same period. “Because of this, it was to investigate whether this culture went to the Balkans and Central Europe from this region. An 8-year ancient DNA research based at Harvard Genetics Department was started in 2014. A research was started about 8 years ago on the subject.”

Alpaslan-Roodenberg stated that the samples of Turkey, Bulgaria, Romania and North Macedonia, which are included in his field of study, were taken in accordance with the legislation of each country and within the necessary permits, and the samples of small pieces from various excavations and museums were returned to the place where they were taken at the end of the study. 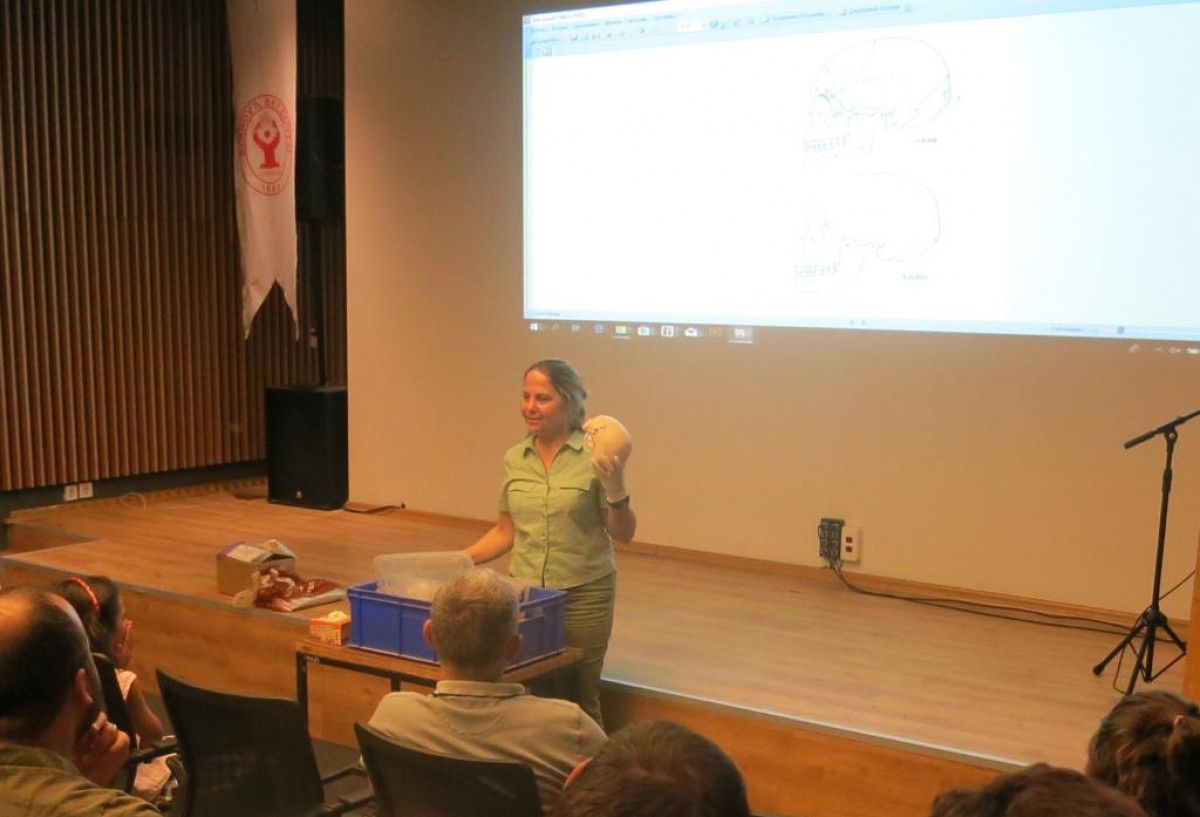 “One in 5 Europeans are of Anatolian origin”

According to the news of DHA; Songül Alpaslan-Roodenberg, who gave information about the research, continued as follows:

“This hypothesis was only evaluated by comparing archaeological finds with the data at the time. And the answer to whether the makers of these cultures, namely humans, also migrated from this region to Europe, could only be answered by the progress of Ancient DNA research in the mid-2010s. Now we know that a new generation of ancient antiquities By analyzing very little DNA obtained from ancient human bones by DNA sequencing methods, one can follow the migration routes of ancient societies, obtain information about their physical appearance, such as hair, eye, skin color, and answer many questions such as their interconnectedness, family and kinship relations. In 2015-2016, a group of scientists from the Harvard Ancient DNA Laboratory detected a genetic link between the people living in the Orhangazi Ilıpınar, Menteşe and Barcın mounds in the Marmara Region and the first farmers of Central Europe, and the results were published in the journal Nature for the first time. people, not just culture. It has been proven that the lion went to Europe from this region. In other words, if you randomly turn around a street in central Europe, for example in Germany, and analyze his DNA, you will see that one out of five people still carries the genes of these first farmers of Anatolia.” 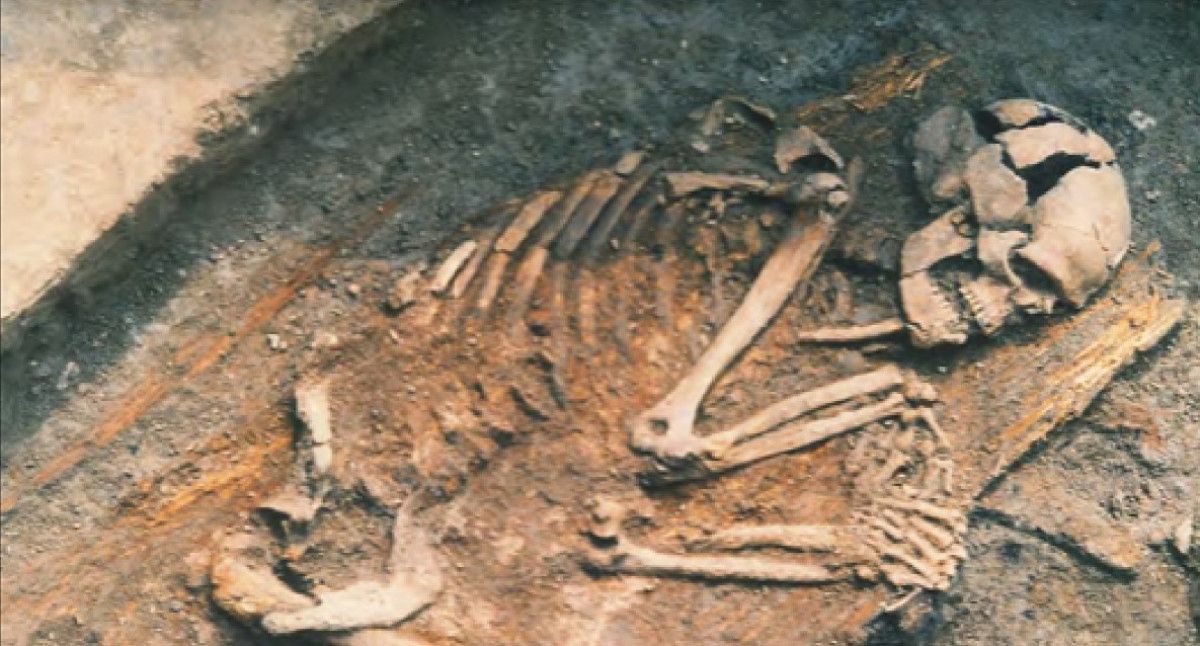 More than 200 museologists and academics have worked in 40 years

Alpaslan-Roodenberg, who stated that Roodenberg’s thesis, which he created as a result of his studies that started in the 1980s and continued until 2002, has thus been proven with the help of genetics, and stated that he examined and analyzed the bones of the first farmers unearthed during the excavations in the Marmara Region. “Since 2008, we have worked in cooperation with the Harvard and Vienna Ancient DNA laboratories, and I have been officially involved in the scientific team of both laboratories. Since 2014, small bones were taken from some excavations in all geographical regions of Turkey in accordance with the relevant directive of the Ministry of Culture. The results obtained by analyzing the samples with the latest methods in Vienna and Harvard Ancient DNA laboratories were published in the latest issue of Science Magazine. In this study, which was conducted with the participation of more than 200 authors, mostly anthropologists and archaeologists from Turkey, only 35 museum professionals and academics from Turkey took part.” he said. 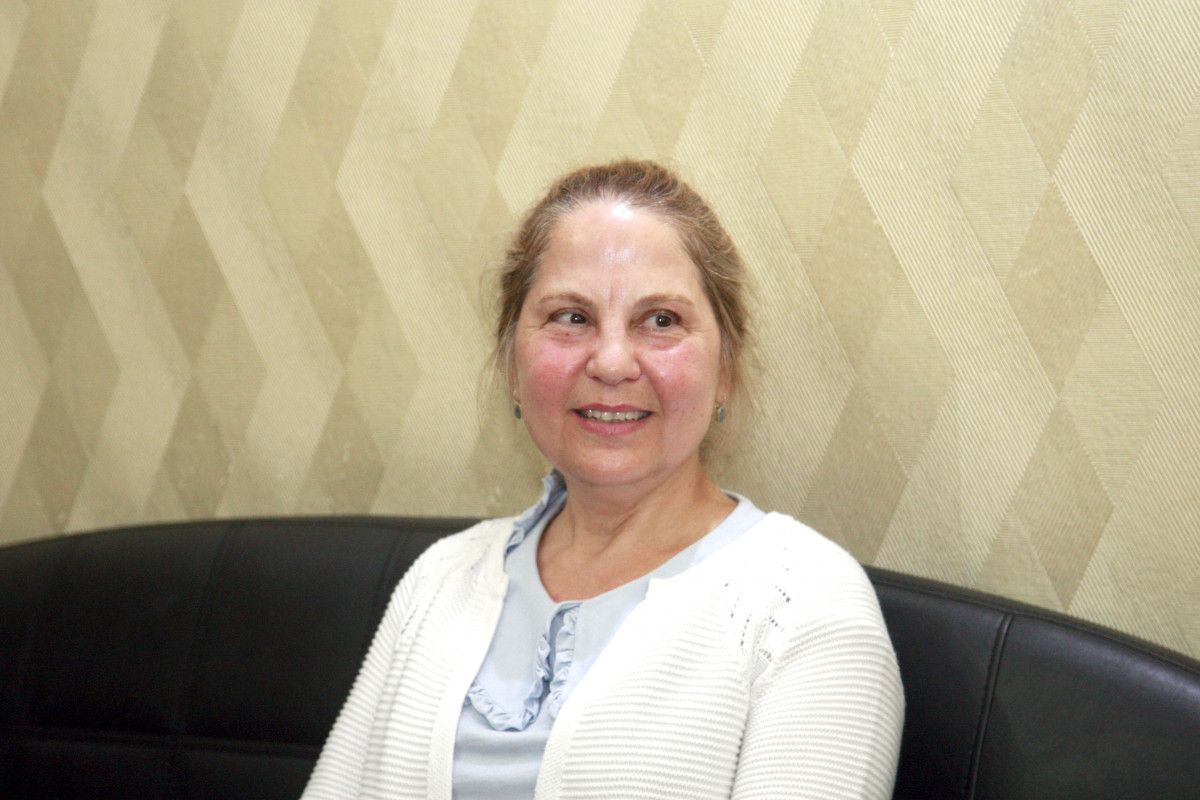 Songül Alpaslan-Roodenberg stated that the ancient genetic profile of Anatolia from the Neolithic period to the Ottoman Empire was also revealed in the aforementioned study, and said:

“The analysis results of this very important research reveal that there were two migrations to Anatolia in the Neolithic period. In addition, this study, which genetically investigates the roots of the Indo-European language family, gives signs that the origins of this language may be in the steppes and the Caucasus. An interesting finding is that in Anatolia. There is no steppe origin in the period until the Bronze Age, which also raises the question of why Anatolia was not open to migrations from the north.Only new studies and analyzes will be able to give a clear answer to these questions, because there were Hittites in Anatolia in the Bronze Age. and these people also spoke a language that belonged to the Indo-European language family. How did this happen? New studies will determine that.” 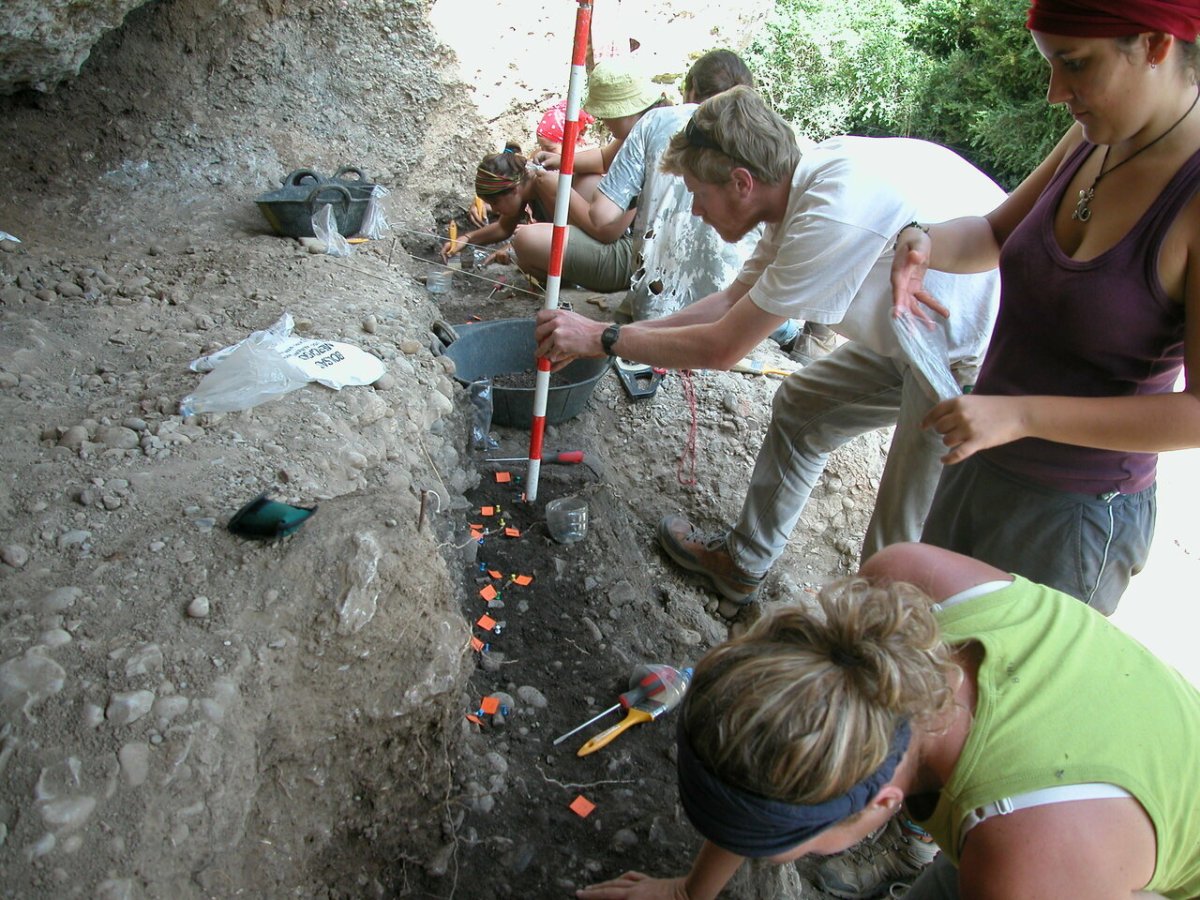 “Urartian culture originated in the Levant and Van”

Alpaslan-Roodenberg stated that in addition to all these research results, another finding, which is known to archaeologists but has been proven for the first time in terms of genetics, is that the Van-centered Urartian civilization in Eastern Anatolia originated in the Levant and Anatolia, “The analysis of the samples from the Van region proved that the Urartians came from the earlier societies in the region and originated in the Levant, while the samples taken from the extensions of Urartu in today’s Armenia showed that they were of local origin and steppe origin. This means that they were of local origin and steppe origin. In line with these results, it is important to point out that the Urartian rulers were of central origin, that is, the founders of Urartu were originated from the Levant and Van region, and that the extensions of this culture in today’s Armenia originate from the people of the region and the steppes. These results no longer genetically confirm the rumors that Urartu is a culture of Armenian origin.” made its assessment. 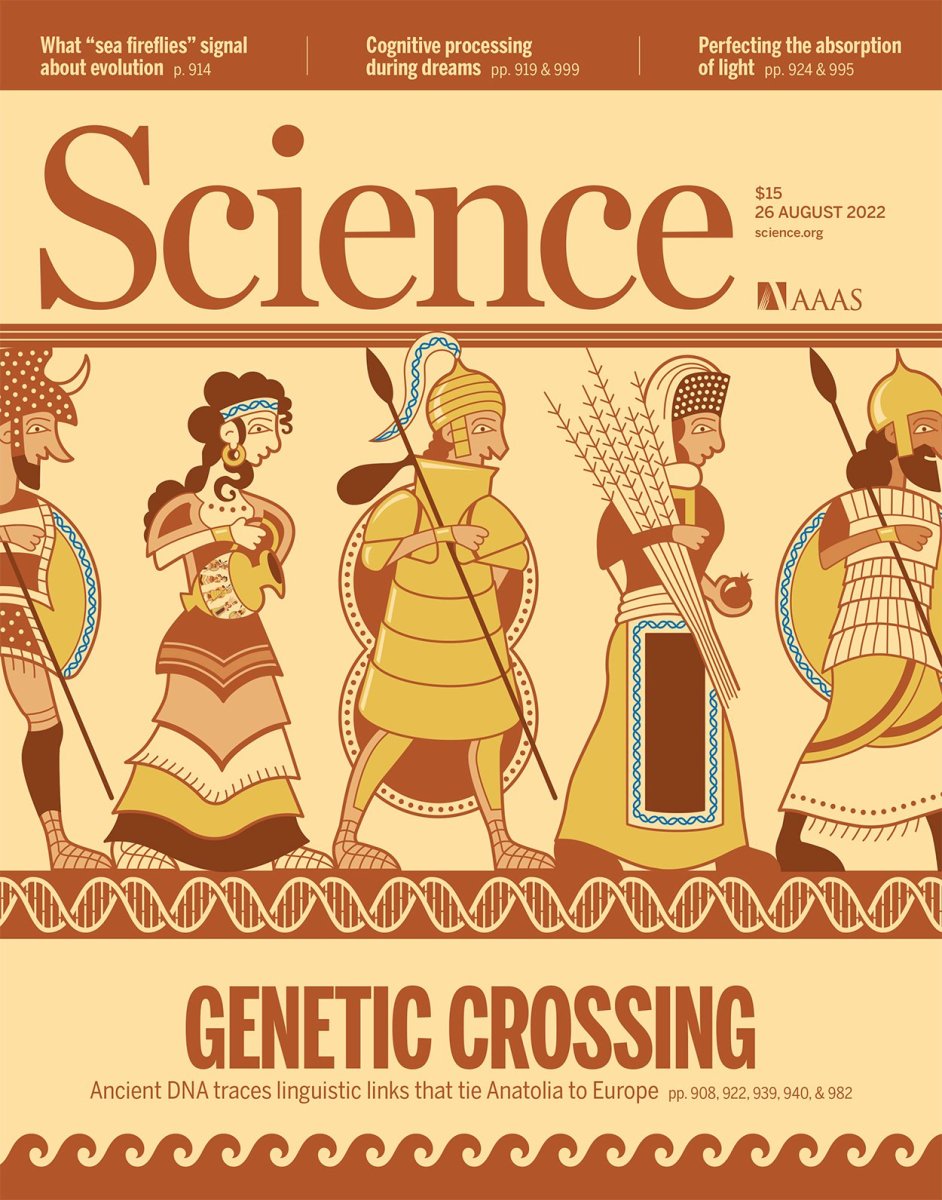