largest in the history of the republic. social housing project was launched. 500 thousand residences will be built in the next 5 years and 250 thousand residences in the first 2 years. In recent years, increasing worldwide commodity The record increase in construction costs due to prices and supply problems made it difficult for low- and middle-income people to own a house. Seeing this problem, the government decided to support 40 percent of the cost in the social housing project. Thus, it is aimed that citizens in 81 provinces become homeowners as if they were paying rent.

The payment plan has been announced for the social housing project called “My First Home, My First Work Place”. Accordingly, the prices were reduced with the support to be provided to the cost. With 40 percent government support, an advantage in price exceeding 600 thousand TL was provided, while monthly installments decreased between 1500 TL and 2 thousand 400 TL. Although the cost of the most affordable 2+1 house in Istanbul, Antalya, Izmir and Bursa is 1 million 131 thousand 700 TL, this house TOKI It will be sold by the company for 679 thousand TL. When the applicant and the citizen who is entitled after the draw make a purchase with a maturity of 240 months, they will make a monthly payment of 2 thousand 546 TL instead of 4 thousand 244 liras. The cost for the most affordable 2+1 flat in the other metropolitan city was calculated as 1 million 71 thousand 700 liras. This house will be sold to the citizen for 643 thousand liras. Thus, his monthly payment will be 2 thousand 411 TL instead of 4 thousand 19 TL. In non-metropolitan provinces, the cost for the cheapest 2+1 is 1 million 13 thousand 400 liras. The low-income family will own this house for 608 thousand TL. The monthly installment will increase from 3 thousand 800 TL to 2 thousand 280 TL for the purchase with a maturity of 20 years. The advantage will increase in 3+1 type houses. Although the cost of the most affordable 3+1 flat within the scope of the project is 1 million 416 thousand 700 TL, this house will be sold for 850 thousand TL. In other words, 566 thousand 700 TL support will be provided. The monthly payment of this house will decrease from 5 thousand 313 TL to 3 thousand 187 TL, and an advantage of 2 thousand 126 TL will be provided. The most expensive 3+1 apartments will be in Istanbul, Antalya, Izmir and Bursa. The cost of these houses is 1 million 583 thousand 400 TL. The figure determined by TOKİ is 950 thousand TL. While the price of the house has decreased by 633 thousand 400 TL, the citizen who buys this house will start to pay 3 thousand 562 TL in installments instead of 5 thousand 938 TL. Thus, the installment amount will decrease by 2 thousand 376 TL.

INSTALLMENTS HOW WILL IT INCREASE?

The citizen who has the right after the lottery will start to pay the installments after the contract. The installment increase in TOKİ is determined according to the salary increase rates of civil servants made twice a year. This year, a total of about 80 percent raises were made to civil servants, in January and July. However, TOKİ made a 25 percent increase in total during these periods. In other words, in order to protect the low-income, the state will be able to set a figure below the salary increase rate of civil servants. 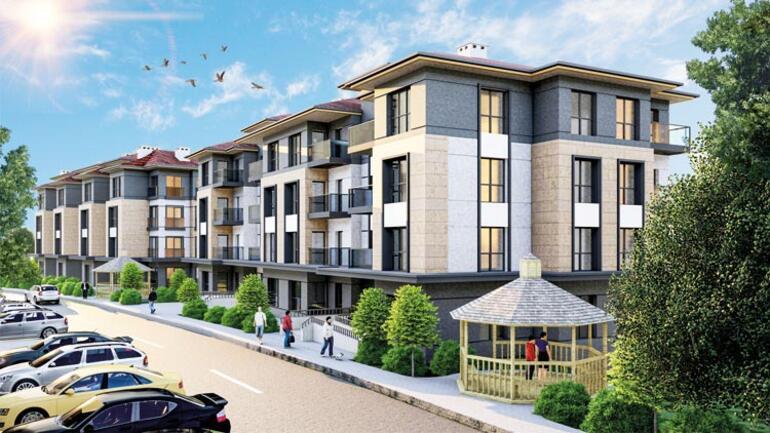 Housing prices rose rapidly due to the supply problem after the decrease in production and increasing construction costs. republic of Turkey the central bank According to June data, the annual housing price increase across the country has exceeded 160 percent. Now, with the new social housing move, housing and rental prices are expected to decrease. Minister of Environment, Urbanization and Climate Change, who was a guest of Ahmet Hakan’s ‘Neutral Zone’ program on CNN Türk the previous day. Murat Institution He said, “The social housing project and the new housing campaign, which will start under the leadership of Emlak Konut GYO, showed its effect. Housing and rental prices are definitely falling. Since the project was announced, the price increase stopped, even down 10 percent. We have clearly identified this. With these projects, the housing market is regulated. This decline will continue.”

CHP leader Kemal Kilicdaroglu, President He asked Tayyip Erdoğan to provide income assurance from the Treasury for the social housing project he announced. Kılıçdaroğlu shared the following on his social media account: “The housing issue is on the agenda. It is a project that has been heated and heated over and over and put in front of our people. Same story for years. As the defender of the social state, I sincerely want social housing to become widespread. If you want us to believe you, guarantee income from the Treasury so that contractors can get into this business. If you don’t, you know that this project will not be finished. I hereby undertake that we will stand behind these guarantees when we come to power.”(Turan YILMAZ/ANKARA) 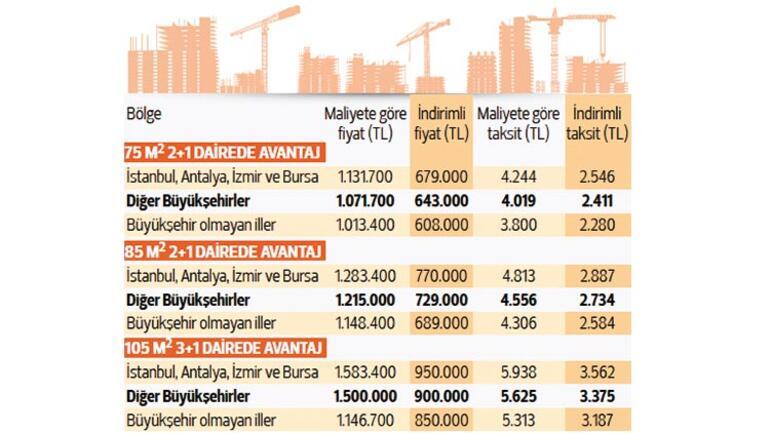 WHAT WILL BE THE DIFFERENCE?

– 770 thousand TL in the highest priced 2+1. In this house, the down payment will be 77 thousand liras. If there was no government support, the person who bought this house would have made a down payment of 128 thousand 340 TL. 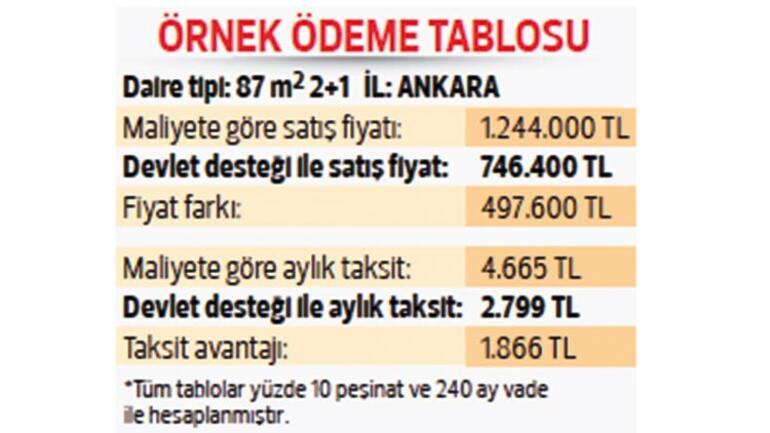 THERE IS GREAT ATTENTION

Applications for the social housing project started on 14 September. On the first day, 865 thousand people applied. Yesterday, the number exceeded 1 million 500 thousand. 514 thousand of the applications came from young people between the ages of 18-30. In the first 2 days, 97 thousand 500 retirees and more than 53 thousand disabled people applied. Citizens who meet the necessary conditions will be able to apply through public banks and e-government until the end of October 31.